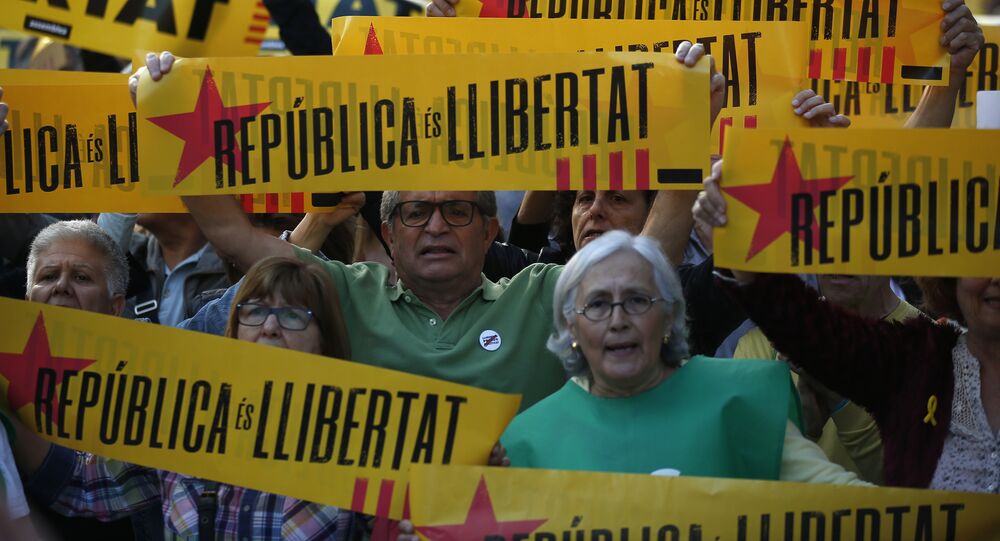 MADRID (Sputnik) - Supporters of independence in Catalonia are faced with the need to re-evaluate their goals and adapt to a new reality one year after the region's referendum, Miquel Iceta, the leader of the Socialists' Party of Catalonia, told Sputnik.

"They [independence supporters] tried to jump over the wall, but it turned out that they are unable to do this — they did not achieve independence, the society showed a deep split and the economy has been weakened. International support, surrounded by numerous speculations, was not provided. The movement for independence is adapting to a new reality. They have to change their strategy and goals," Iceta said.

According to Iceta, the Catalan governments has to, in particular, sit down at the negotiating table with the authorities in Madrid, which promised earlier this week to allocate nearly $1.7 billion in investments toward infrastructure development and the financing of the autonomous community's law enforcement bodies. In addition, Madrid agreed to restructure the debt of the region.

Nevertheless, the leader of the Catalan socialists admitted that verdicts for Catalan politicians charged with the events of fall 2017 "will have undesirable consequences" for the situation in Catalonia.

Several Catalan pro-independence politicians are currently in pre-trial detention. They have been recently transferred from Madrid penitentiary institutions to ones in Catalonia. Meanwhile, the former head of the regional government, Carles Puigdemont, fled Spain to escape rebellion and embezzlement charges.

The views and opinions expressed by Miquel Iceta are those of the speaker and do not necessarily reflect those of Sputnik.