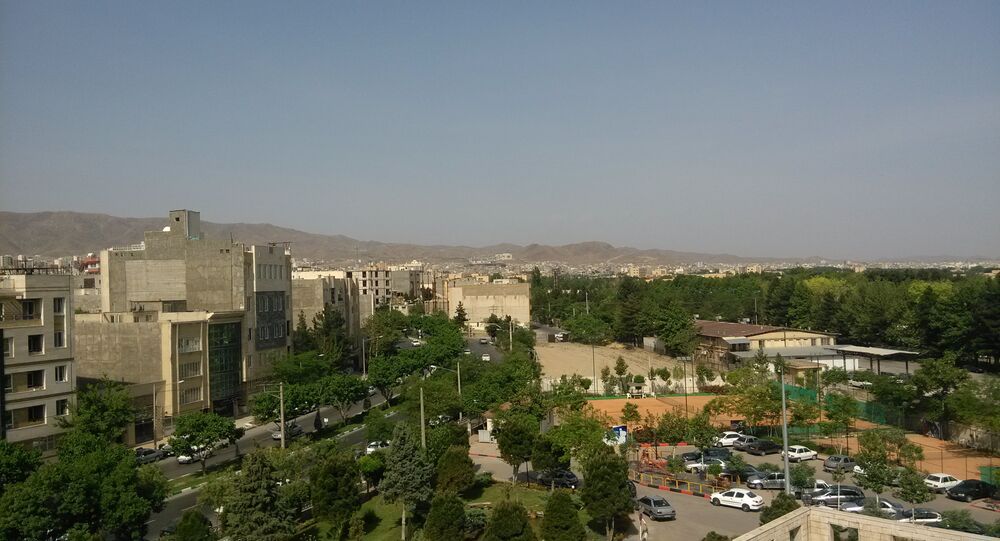 Iran's president has criticized the US ambassador to the United Nations’ response to the deadly attack in Ahvaz. He tweeted “a US official has held the Iranian government responsible for the attack,” adding, “What would Americans think if we were to say such a thing about the 9/11 terrorist attacks?”

Earlier, Iran's Revolutionary Guards promised a “crushing and devastating” response to the assault.

Sputnik: In your view, what was the main goal of the attack in Ahvaz?

Alexander Azadgan: The main goal of the attack in Ahvaz was to add to the economic and political instability that, unfortunately, Iran is suffering from. As a result of this attack, for example, the exchange rate between the Iranian rial and the US dollar has popped up to 150 thousand rials to a dollar; so there're some intended consequences as a result of this.

If you recall, not too long ago there was a missile attack — five missiles were fired by the IRGC against the terrorist Kurdish group in northern Iraq named PDKI (Democratic Party of Iranian Kurdistan). The missiles were aimed at the town of Koya in northern Iraq, which is 200km north of Bagdad. I believe this was not just an attack orchestrated by this al-Ahvaziya Patriotic Arab Democratic Movement; I think that, perhaps, it's revenge against the IRGC's attack against Kurdish terrorists in northern Iraq.

© Sputnik / Alexey Vitvitsky
EU to Roll Out Payment System to Facilitate Trade With Iran Amid US Sanctions
It was definitely not an amateur job; the latest estimate according to IRNA (Islamic Republic News Agency) is that 29 people are dead, approximately 70 are wounded, and 12 of the dead were actually the IRGC soldiers. They achieved their goal; they have created panic in Iran at a time when the country is suffering economically. But at the same token, the Iranians have a tendency to unite, like no other people that I know of, during such times of external attacks.

There's evidence that both Saudi Arabia and the UAE are behind the Patriotic Arab Democratic Movement. As a matter of fact, it was interesting how inappropriate the comment of a senior advisor to Abu Dhabi's Crown Prince Mohammed bin Zayed Al Nahyan [was]; he made a comment that this was not a terrorist attack because it happened at a military parade; [this comment was] sort of revealing their hand.

Both military members, as well as civilians, died, including women, children and journalists, but they wanted to characterize it as a military attack against Iran and interestingly, this happened on the 38th anniversary of the Iran-Iraq War when Saddam Hussein invaded [the country], so it was very symbolic. It was a symbolic act of violence because it took place on the 38th anniversary of Saddam Hussein's invasion of the province of Khuzestan.

Sputnik: It seems that the al-Ahvaziya terrorist group, as well as another group, claimed responsibility for the attack; what are your thoughts on who perpetrated the attack? I don't know if somebody was behind sponsoring it, you've mentioned that it could be Saudi Arabia and the UAE. Who do you think was actually responsible for perpetrating that attack?

Alexander Azadgan: My intelligence sources tell me that it was beyond Saudi Arabia if they had their hand in this of actually signing the paycheck for that; my sources tell me that it was beyond them, that they didn't act alone in this. There're forces that are present in the region that are from thousands of miles away and that are dictating what these two particular anti-Iran nations are doing, and sending a strong signal at a time when there's a lot of instability in Yemen, where Iran is supporting the Houthis.

© REUTERS / Mike Blake
US Troops to Remain in Syria After Daesh Defeated to Train Locals - Mattis
And they have been successful in inflicting some damage against Saudi Arabia. So Saudi Arabia is given a carte blanche to do such things within Iran and within the territorial integrity of the Iranian map to inflict such damages.

They have a plan, and this is not even secret; Mr. [Rudy] Giuliani, the chief personal lawyer of President [Donald] Trump, has openly been advocating regime change and saying that it's just a question of time when its' going to happen other than Bernard Lewis' infamous map of the Middle East, Bernard Lewis was a professor emeritus of oriental studies at Princeton University; he's now dead.

© AP Photo / Ariel Schalit
Russia, Israel Should Review Deal on Preventing Incidents in Air After Il-20 Downing - Expert
Other than the map that he provided that was leaked about they want to re-map the entire Middle East; they have a very specific map of how they want to re-map Iran. They even have flags for the areas they want to create in Iran; they want to break the country into at least six areas — Southern Azerbaijan, Kurdistan, what they call Arabistan, which includes where today's Iran's Kurdistan province is and a big chunk of the southeast of the Persian Gulf, and then another that they want to call Baluchistan, then they want to call the area in the middle of everything Persia, and then Southern Turkmenistan.

This is an effort in announcing to the world that they want to create and support secessionist movements within Iran.

The views expressed in this article are solely those of Alexander Azadgan and do not necessarily reflect the official position of Sputnik.