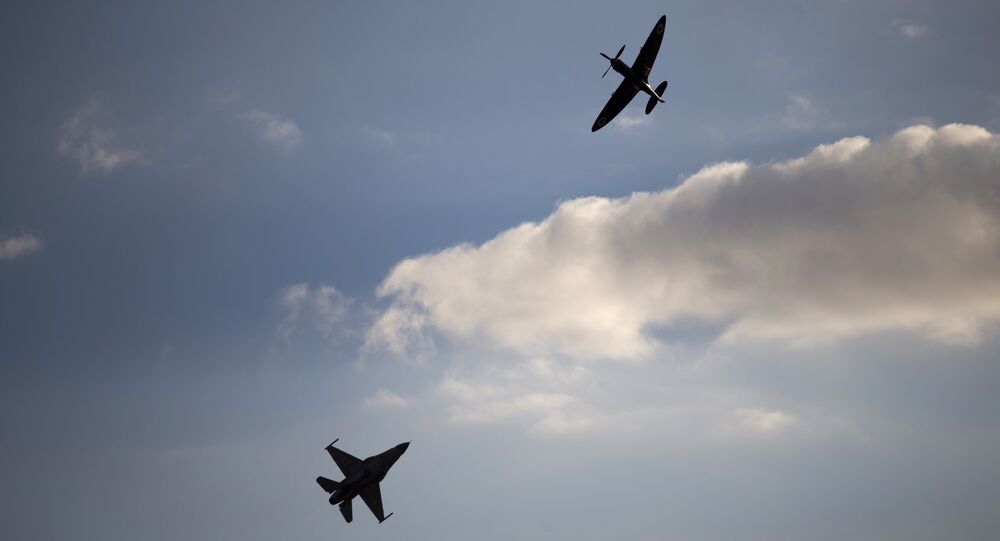 CAIRO (Sputnik) - Russia and Israel need to review the agreement on the prevention of incidents in the air after the Il-20 downing, and the current tensions are not likely to last, experts told Sputnik.

The Russian military aircraft Il-20 was downed on September 17 over the Mediterranean Sea by a missile launched by Syria's S-200 air defense system that was targeting Israeli aircraft. The Russian Defense Ministry laid the responsibility for the tragedy on Israel, as Israeli F-16 jet used the Russian plane as a shield. Fifteen Russian troops who were on board of the plane were all killed in the crash.

© Sputnik / Kirill Kallinikov
Russia Will Send S-300 Anti-Missile System to Syria Within 2 Weeks - Defense Minister (VIDEO)
The Israeli Defense Forces (IDF) on Sunday denied hiding behind the Russian jet. The IDF said in a statement that the security of the Russian forces in Syria was always taken into consideration when Israel was planning any operation in the region. At the same time, Israel pledged to continue countering "Iran’s incessant attempts to establish itself in Syria."

The Israeli aircraft were targeting a facility in the province of Latakia that the IDF believed would give weapons to groups affiliated with Iran.

Existing Agreement Needs to Be Revised

Russia and Israel have an agreement on preventing such tragic incidents, but it does not specify when one side should be warned about the other one's plan to attack, military expert Viktor Murakhovsky told Sputnik.

"The agreement on the prevention of incidents in the air that Russia and Israel currently have does not state the exact time in which the two sides should warn one another about the operations. It just says 'in advance,' and that can be interpreted differently. I think that now we have to introduce an amendment which would set the minimum alert period so that these incidents would not repeat," Murakhovsky said.

According to the Russian Defense Ministry, Russia received a one-minute warning from Israel.

A stretch of territory 31 miles wide around the Russian airbase Hmeimim should become a no-fly zone for aviation from third-party countries on a permanent basis, the expert added. At the moment of the incident, the Il-20 was about 22 miles off the coast of the Mediterranean Sea on its way back to Hmeimim airbase.

Israel was well aware of the Russian aircraft in the sky, a military expert from Egypt told Sputnik.

"Any state does reconnaissance in the area before sending its troops on a combat mission. Israel knew that a Russian aircraft was in the sky. At the same time, [it] knowingly began carrying out its operation when the Russian aircraft was there," former head of the research center at Egypt's Nasser Military Academy, Gen. Gamal Mazlum, said.

The expert added that air defense systems have to work any time there is an air attack. At the same time, Mazlum agreed that Israel did not give the Russian Defense Ministry enough time to prevent the tragedy.

© Sputnik / Alexander Tarasenkov
Israel's Take on IL-20 Incident Undermines Tel-Aviv's Ties to Russia - Scholar
However, the expert believes that the incident will not alter Russia's policy in the region and the current tensions between Russia and Israel will not last.

"The relations will go back to what they were because there are significant shared interests in politics, economy and military sector," Mazlum said.

The expert added that Russia would work to ensure the security of its troops.

Russia has already made the first step toward ensuring the security of its troops in the future: earlier in the day, Russian Defense Minister Sergei Shoigu said Russia would equip the Syrian air defense forces’ command posts with automatic control systems, which had been previously possessed only by Russia, jam satellite navigation, onboard radars and communication systems of combat aviation attacking Syrian targets and, most importantly, supply S-300 air defense systems to Syria.