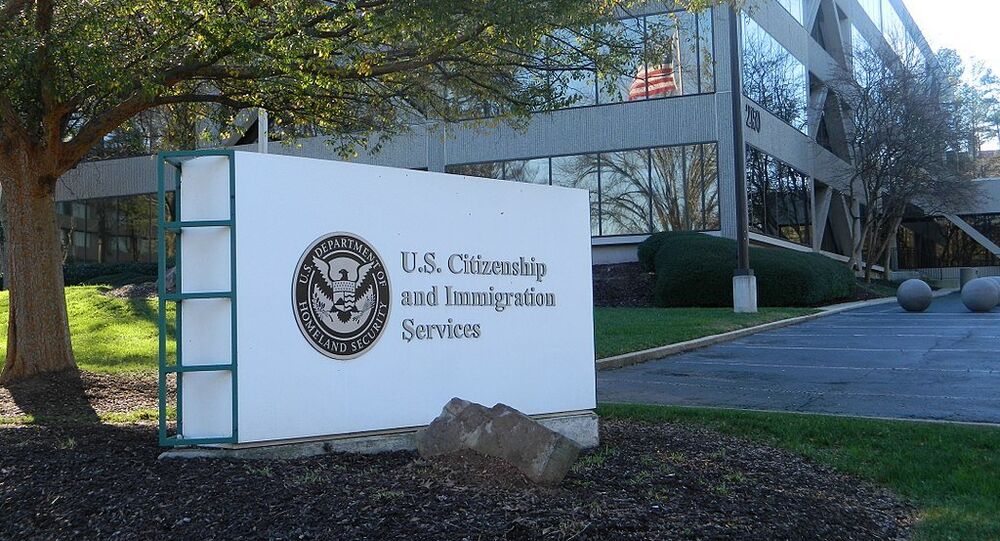 US Refugee Admissions Have Fallen 'Steadily Since 1994' - Immigration Scholar

The US has slashed the maximum number of refugee admissions for the upcoming fiscal year to 30,000 in a move that was announced on Monday by US Secretary of State Mike Pompeo. The figure for this year is 45,000 refugees. The new policy will take effect on the 1st of October.

Sputnik discussed this with Dan Cadman, a former US Immigration and Naturalization Service official, currently a Fellow with the Center for Immigration Studies.

Sputnik: Mr. Pompeo justified the move to decrease the refugee admission cap by citing national security grounds. How reasoned is such an approach?

Dan Cadman: Well I think that it's very reasoned, given some of the problematic areas in the world; the fact that vetting refugees is always a difficulty and given the fact, quite frankly, that in the past US vetting procedures have not always managed to do the job, as it is evident by some of the cases that resulted in terrorist investigations and arrests here in the US.

© AFP 2020 / Guillermo Arias
Refugees ‘Choosing Life Over Death’ in Bid to Enter US - Civil Rights Leader
Sputnik: Some experts are concerned that the intention of the administration is to decrease the refugee administration program significantly if not wipe it out entirely, how high are the chances of further decreasing of the admission cap, do you think in future years they're going to reduce it even further?

So what Trump has done, with Pompeo's pronouncement, is simply announce what has been factually the case, going on with several administrations. Just as a technical matter, it's got to be remembered that under US immigration law, refugee and asylum status are different, even though the grounds for recruiting them are the same, so in addition to people who will be under this new lower ceiling we still have any number of people who apply for asylum in the United States and there was no cap on that and so you probably have to at least double whatever the refugee cap is when you consider the total number of individuals who will be accepted for protection in the United States and that's just the principals; that doesn't even count the family members who will accompany and follow to join them.

Dan Cadman: In truth, in my view, the asylum system is fairly easily gained and part of the reasons is because the rules by which asylum officers judge these cases are very fluid.

The instructions are very clear that they are never to treat any of their interviewees as adversary, it's not to be considered ever as an interrogation, they're basically charged with judging the credibility of an individual even if he or she has absolutely no back up documentation, and when you start thinking about that, really what that means is that it's going to be a very, very subjective judgment call on the part of asylum officers, who were hired in the first place for their capacity to empathize with people.

Sputnik: What's your opinion with regard to President Donald Trump's policy with regard to immigration since he's come to power? As I mentioned earlier, he's obviously canceled and stopped a few programs when it comes to immigration, it was one of his pledges to obviously take control and reduce immigration into the United States before he became President. He has obviously tried to enforce that somewhat. Is he actually winning the battle in reducing immigration into the country? What are the local and recent figures? Are the figures reducing or are they very much the same?

© AFP 2020 / SAUL LOEB
US Cuts Refugee Admission Caps by 33 Percent to 30,000
Dan Cadman: They are overall reduced but the one single most alarming area which is up and up hugely, but it was a trend that began under Obama, is the arrival of unaccompanied minors and partial family members at the US southern border.

Most of them are from the South American countries of El Salvador, Honduras and Guatemala, and that is a huge problem because, as you're aware, there's been the controversy about separating parents and children.

On the other hand, if that is an unabated flow, it's really putting money in the pockets of the human smugglers and the cartel gangs that are the ones moving these people, transporting them for huge amounts of money through Central America and Mexico into the United States.

So the jury is out on whether that is ultimately going to succeed and, quite honestly, people who have an open borders approach to US immigration policy have done everything that they can in the courts to stave off any of Trump's attempts to harden that border.