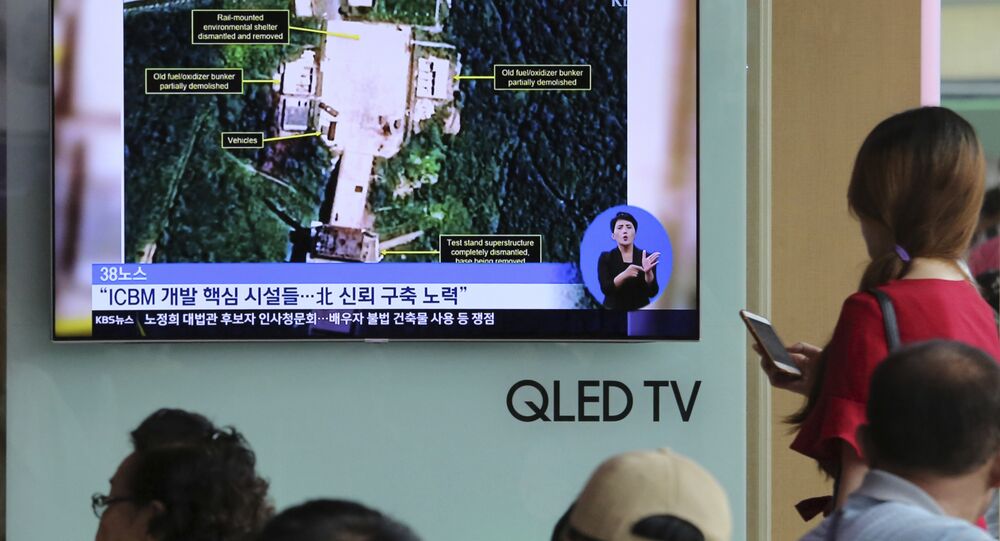 South Korean President Moon Jae-in arrived in the North Korean capital on Tuesday for his third meeting with the country’s leader. Moon’s visit to Pyongyang is the first by a South Korean leader in 11 years.

Radio Sputnik talked about the new round of negotiations between North and South Korea with John Dunn, professor emeritus of political theory at Cambridge who has a long-standing interest in the politics of the Korean Peninsula.

Sputnik: What should be expected from the meetings between the leaders of North and South Korea?

Sputnik: What're your thoughts on the significance of this particular trip? We had a very significant meeting between President Trump and the North Korean leader back in April or May in Singapore and now the communication and diplomacy has become a little bit indifferent over the last couple of months. We've now got this significant meeting; what is actually going to come out of this particular meeting in terms of strategy moving forward for the two Koreas?

John Dunn: I don't think that this actually can be shifted much from South Korea, that's the main point I wanted to make. I think it's entirely a game between North Korea and the United States. One way of thinking is that it's essentially a game between the North Korean leader and Trump; the timing of this game is very strongly connected to the American domestic political process and the imminence of congressional elections. I don't think it has been possible for North Korea to abandon nuclear weapons; I don't think there's anything that the US could offer North Korea which would make it reasonable for them to abandon nuclear weapons. So, I think that it's a stuck situation, as it's been for a long time.

Sputnik: What do you believe are the main difficulties in the way of the peace process on the peninsula and North Korea's denuclearization now?

John Dunn: I don't think that North Korea means to denuclearize, that's a pretty fundamental sort of difficulty. The reason I don't think it means to do it is because it doesn't have a good reason to. The only good reason it could have would be the fear of an immediate US attack and I think that it's very unlikely that that will occur now. It was a little bit likely that it would occur early around in the Trump administration although we don't, obviously, know how likely it was. I don't think it's likely to occur now because it would make Trump look like a complete imbecile apart from anything else and I don't think he wishes to look a complete imbecile at the moment.

For a bit it looked as though he'd really pulled off a great coup; that was always a mirage, but it looked good and it's very important for him to go on looking good. It's clear by now that it's much more important for him to go on looking good than anything else at all. And I think it would be utterly bizarre for him to order an attack on North Korea. The diplomatic game between Kim and Trump will go on as long as Trump is president and what shape it will take in the second half of Trump's first presidency will depend very much on what happens in congressional elections.