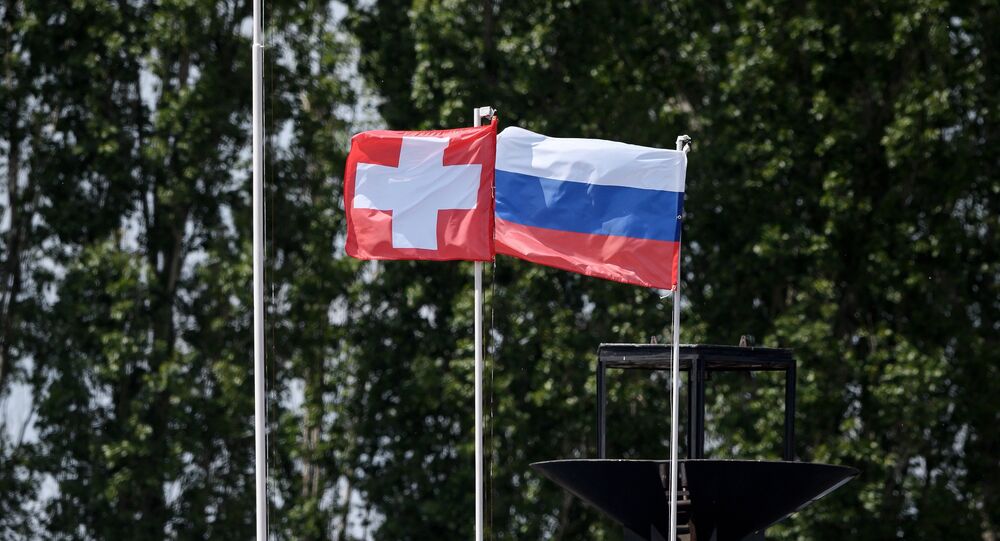 MOSCOW (Sputnik) - Switzerland's tightening of the procedure for accreditation of Russian diplomats indicates the country’s readiness to follow the "Russophobic mainstream" prevailing in the West to the detriment of bilateral ties, experts told Sputnik.

Earlier in the day, the Swiss Foreign Ministry told Sputnik that it had tightened the procedure for accreditation of Russian diplomats due to suspicions of Russian illegal activities in the country. The ministry also said that it had recently summoned the Russian ambassador and charge d’affaires three times to obtain clarification on the Skripals case and the situation around the Spiez laboratory.

The statements come in the wake of last week's Swiss media reports alleging that Russian nationals were intending to spy on the lab that investigated the attempted poisoning in Salisbury and chemical attacks in Syria.

Anton Morozov, a member of the Russian lower house's International Affairs Committee, told Sputnik on Monday that Switzerland had fallen victim of a general anti-Russia campaign waged by the West.

"Now public opinion follows the mainstream, and the latter, unfortunately, is Russophobic, therefore, apparently, the Swiss authorities are ready to believe not the obvious facts, but what is being imposed by media, and [that is why they] made the relevant decision," Morozov said.

The lawmaker did not rule out that subsequent deterioration of Russian-Swiss relations could lead to the mutual expulsion of diplomats and the scaling back of diplomatic relations.

Vladimir Shveitser of Institute of Europe of the Russian Academy of Sciences shared the lawmaker’s view, noting that Switzerland – despite being a non-EU nation – had been closely sticking to the EU general policy on Russia.

"They all work in the same vein – both EU countries, and Switzerland, which is not part of the European Union, and [also] the United Kingdom, which wants to leave the European Union. They have one common line, which they will be sticking to for a very long time. We can hardly count on EU easing [its tough stance] on Russia in near future," the professor suggested.

He noted that Switzerland was a neutral country only in military terms, taking a clear pro-Western stance on the rest of the issues and having close economic ties with the European Union.

© CC BY 2.0 / IMBiblio
Russian Embassy in Bern Calls Reports on 'Russian Spies' Deported From Netherlands Absurd
The export, however, doubted that the current situation would considerably worsen bilateral relations, noting that Switzerland has expelled Russian diplomats and frozen assets in the past.

Last week, the Russian Embassy in Switzerland called the media reports on alleged Russian spies, caught and deported from the Netherlands, "absurd" and described them as "another attempt to fuel Russophobic sentiments." Russian Foreign Minister Sergey Lavrov expressed doubt that the European intelligence operation on the alleged detention of Russian spies could have remained unnoticed by media and added that Moscow can comment on the situation only after it is given facts.

On Sunday, Russia's envoy to the United Nations Office at Geneva (UNOG) Gennady Gatilov dismissed as politically motivated another article by Swiss Tages-Anzeiger, which claimed that every fourth Russian diplomat in Switzerland was an intelligence agent and accused the office of spying.

The views and opinions expressed in the article are those of the researchers and do not necessarily reflect those of Sputnik.