Ten years ago Saturday, investment bank Lehman Brothers imploded in what quickly snowballed into the 2008 financial crisis. The resulting bankruptcy wiped out $619 billion in assets and cost US taxpayers $1.4 trillion. But how much have we recovered, and have we learned the lessons necessary to prevent another crash?

Radio Sputnik's Loud & Clear spoke about the decade since 2008 with Richard Wolff — a professor of economics emeritus, University of Massachusetts, Amherst, and founder of the organization Democracy at Work — whose latest book is "Capitalism's Crisis Deepens: Essays on the Global Economic Meltdown."

"It was a catastrophe on many, many levels," Wolff told hosts John Kiriakou and Brian Becker. "People were worried that we would have a financial meltdown, but on top of that, a breakdown in our economic system," meaning that the entire production and distribution network would cease to function. "Milk wouldn't get delivered," he said. "It was on the verge of being the kind of general social-economic collapse that, in a way, was closer to happening in those months than it even was in the Great Depression of the 1930s," a catastrophe made all the worse by the fact that "nobody had prepared for it."

​The day Lehman Brothers filed for bankruptcy, the Dow Jones Industrial Average fell by 4.5 percent, beginning a domino chain of financial heavyweight collapses that gutted the global financial system. Forbes noted that Merrill Lynch, AIG, HBOS, Royal Bank of Scotland, Bradford & Bingley, Fortis, Hypo Real Estate and Alliance & Leicester were all expected to follow suit. The US government bailed out AIG to the tune of $180 billion and took approximately an 80 percent share in the company's ownership. (The last of those shares were sold off by the US Treasury in 2012.)

CFPB Leadership Battle 'Like Something Out of Game of Thrones'

The freefall continued, though, and three days later on September 18, the Federal Reserve and US Treasury proposed a colossal $700 billion bailout of key banks. Then-Chairman of the Federal Reserve Ben Bernanke reportedly told key legislators: "If we don't do this, we may not have an economy on Monday," according to the New York Times. Then-US President George W Bush signed the law authorizing the transfer on October 3.

"Since that time period, the global economy is just in a much better state," Eric Freedman, chief investment officer at US Bank Wealth Management, told NBC Friday.

"Lending standards have tightened significantly now," Lindsey Bell, an investment strategist at CFRA, told the news agency. "You don't have the derivative products now on mortgages and other high-risk loans in the market any longer; I think the restrictions put on banks with regard to capital are much better now. Banks have much more dry powder to deal with it in the event of another crisis," she said.

"I also think financial services and the business of understanding companies is a cumulative practice. Markets and investors get smarter over time," Freedman said. "Investors just understand the risk dynamics of the aggregate system a little better, as well as individual companies." 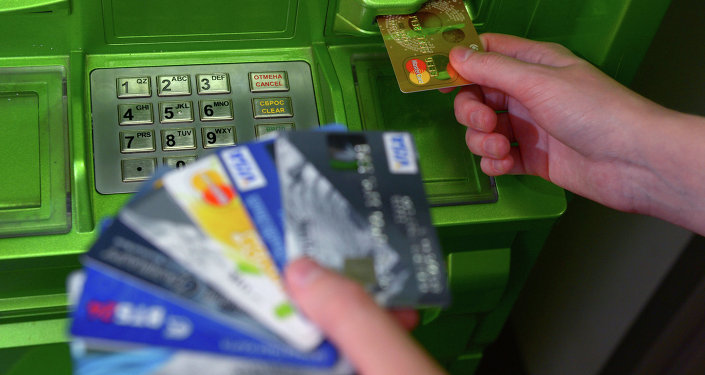 However, the administration of US President Donald Trump has reversed some of the tentative gains made under his predecessor, Barack Obama, who was elected less than two months after the 2008 crash began and whose presidency was subsequently defined by the recession that followed. Obama oversaw the creation of the Consumer Financial Protection Bureau (CFPB), a regulatory body created by the Dodd-Frank Wall Street Reform and Consumer Protection Act of 2010 to write and enforce rules for banks and other firms, aiming to protect consumers from deceptive and abusive loans and other financial products and services, Reuters reported.

The CFPB was always somewhat underpowered for its presumed role in preventing a repeat of the causes of the 2008 crash, particularly by the failure of Congress to pass a renewed Glass-Steagall Act requiring the separation of investment and commercial banks. However, Trump's presidency has seen a renewed attack on the CFPB's influence.

Wolff noted that, after the Great Depression, the popular illusion was that public and financial policy and modern economic science would "prevent this kind of thing from coming back to plague our children," as he noted that US President Franklin Delano Roosevelt had once promised.

However, the reason no president since Roosevelt has been able to deliver on that promise is that "the capitalist economic system that we have in this country, and is indeed the system dominant around the world, has gotten built into it an irrational, unstable behavior," he said.

Wolff referred to the 10 years since the 2008 crash as a "lost decade." He noted that income for most Americans has been down for that entire time, destroying people's savings, and pointed out the "very bad prospects" children coming of age have.

"The consequences of this collapse 10 years ago are much in evidence all around us and will not go away anytime soon," he told Sputnik.

"This is an economic system that has just demonstrated the ability to damage the people of the world on a scale that leaves you kind of breathless, and with one overwhelming question: how in the world did we get ourselves into a situation where we have an economic system — capitalism — that imposes these burdens on us, and yet we still live in a country, here in the United States, where it's a taboo to raise the question: ‘Can't we do better than capitalism, and why in the world are we satisfied with a system that works so badly?'"

Wolff noted that "the program of bailing out the banks," instead of the people being foreclosed upon and laid off, "is why we're here." Referencing a New York Times report published Friday, Wolff said that "for many Americans, they're finally, in 2018, back to a median income of the average American family roughly where it was in 2007. That's a lost decade."

The economist noted that, in contrast to the way the 2008 crash was handled, with so-called "trickle-down economics" justifying giving money to the wealthiest Americans and hoping it would benefit the poor, during the Great Depression the government took the opposite approach — "trickle-up economics," he called it — by giving money to the poor who needed it, and that "worked well."

He attributed the difference in responses to "a powerful labor movement, the CIO [Congress of Industrial Organizations], strong socialist and communist parties — they worked together, and suddenly you could not do the bailout from the top in the 1930s that they were able to get away with after 2008."

Wolff noted that, while incomes have stagnated for the last decade, productivity has still increased because of computerization and AI, meaning that the rich have gotten steadily richer, and "the distance between them and everybody else" has gotten more extreme, amplifying the effects of oligarchy already inherent in the political system.

Wolff said the "too big to fail" banks, such as JP Morgan Chase, Citibank and Wells Fargo, are "bigger now than they were then. We haven't solved the problem of ‘too big to fail,' we've made it worse."

Wolff noted that JP Morgan Chase has admitted that it expects the next financial crash to be in 2019 or 2020.

"That's the most amazing admission of failure of an economic system. We're still here discussing the collapse 10 years ago and its long lasting legacy," and meanwhile, one of the nation's largest banks has said, "We did such a bad job in figuring out what to do about the last one that we're now getting ready for the next one."

The Story of a Whistleblower's Epic Battle against Banks & U.S. Gov't