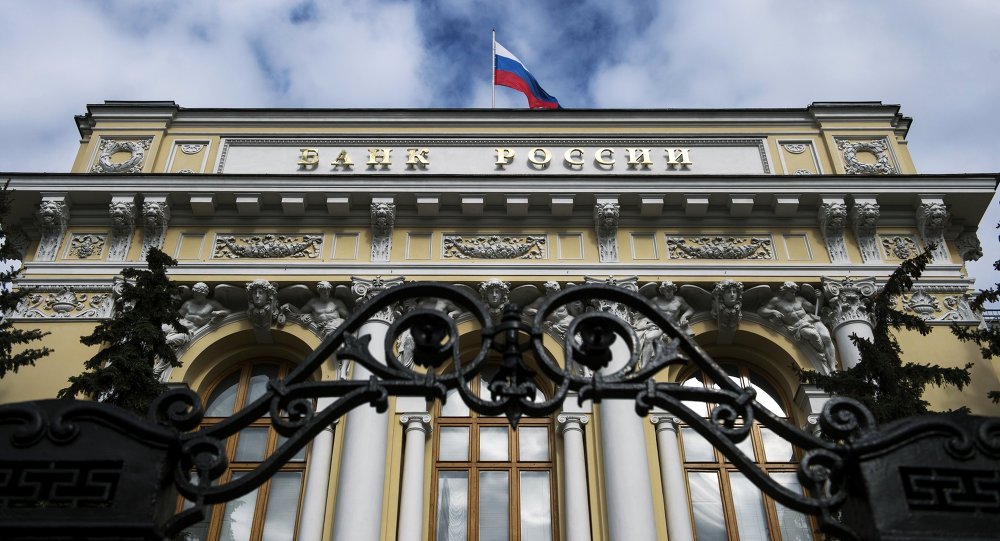 Earlier on Friday, the CBR raised the key rate from 7.25 percent to 7.5 percent per annum. According to the bank's statement, the annual inflation is forecast to be 5-5.5 percent in 2019 and to return to 4 percent in 2020.

The director for Macroeconomic Analysis at Alfa Capital Management Company, Vladimir Bragin, thinks that there is no need to tighten monetary policy now, despite the rise in market volatility, increasing returns of federal loan bonds (OFZ bonds) and weakening of the ruble in recent weeks.

© Sputnik / Vladimir Astapkovich
Fitch: Russia 'Copes Well' With New US Sanctions, Economy Resilient to Shocks
The panic on trading platforms subsided, the ruble has been strengthening for three days, the situation with ruble debt has stabilized, the market is finding the balance on its own, and the regulator should not take additional efforts in this direction, the head of the dealing center of Russia’s Metallinvestbank, Sergey Romanchuk, said.

Actual rates on the market have recently grown without the participation of the Central Bank, and that is fine, Gazprombank’s strategy development center chief Yegor Susin said. The market was simply too optimistic about the prospects for rate reduction in the previous months, and it "went through the roof." Now it is returning to the balance zone, and additional actions on the part of the Central Bank are not needed, the expert said.

Therefore, the best option for the ruble, which will support it and give the potential for growth, is the rigidity of the key rate and moderately tough rhetoric in accordance with increased inflation expectations, Susin summarized.

© Sputnik / Maksim Blinov
Moody's: First Set of US Sanctions Will Have Limited Impact on Russian Economy
Alexey Skaballanovich, an asset manager of Region Asset Management company, believes that there is no need to increase the rate. He said that federal loan bonds changed to growth, the ruble was also strengthening, and inflation over the past week had shown zero dynamics.

The external factors continue to influence the ruble, so the decision of the Central Bank is unlikely to have a significant impact on it, Dmitry Polevoy, the chief economist at The Russian Private Equity Fund, said.

Experts told Sputnik that they believed a more aggressive behavior was less appropriate.

Such a decision will play in favor of the ruble, pointing to the exceptional commitment of the Central Bank to the main goal — keeping inflation around 4 percent, Polevoy said. 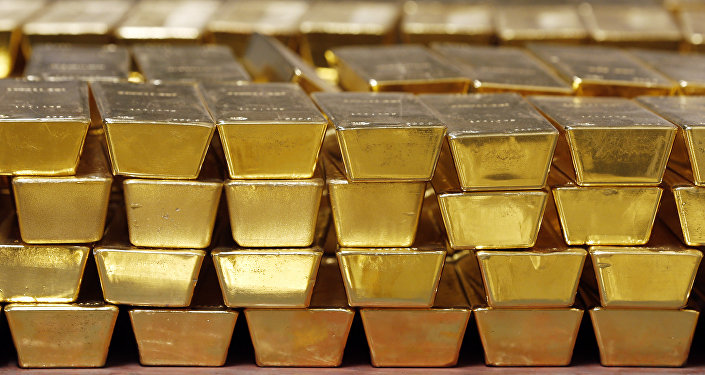 © AP Photo / Mike Groll, File
Gold-Backed Ruble Could Become Game Changer for World Monetary System - Scholar
Senior analyst of Alpari Group Roman Tkachuk believes that raising the rate by 0.25 percent in the short term can push a pair of dollar-ruble down to 68 rubles for $1. Chief analyst of BCS Premier Anton Pokatovich believes that the ruble exchange rate can continue to gradually strengthen even to the levels of 67 rubles.

However, the factor of higher ruble rates can be offset by the increased outflow of non-residents from federal loan bonds, Pokatovich added. Raising the rate by 0.25 percent will generate unnecessary expectations for further rate increases and, accordingly, will put pressure on ruble debt quotation, Susin said.

The increases in the rate will cause volatility that is unnecessary for the regulator, at first, the ruble will go up and then down, as the sale of federal loan bonds will be accelerated, Romanchuk assumed. 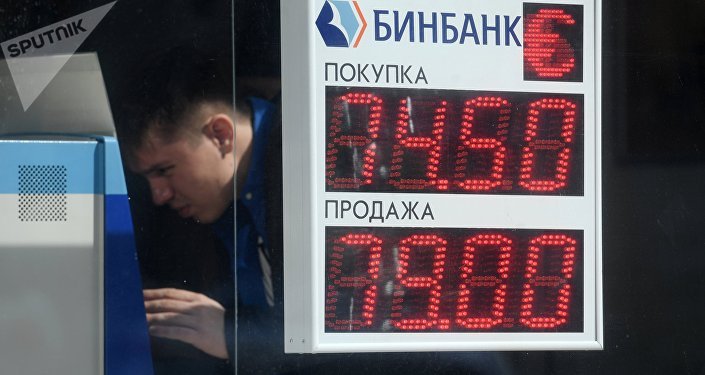 © Sputnik / Kirill Kalinnikov
Euro, Dollar Hit Two-Year High Against Ruble, Spike to 80, 65 Respectively
The increases in the key rate in the current conditions may, in general, lead to the opposite effect: to the increase in expectations of tightening the monetary policy and, as a result, to the increase of returns on the bond market, increase in volatility, including in the foreign exchange market, Bragin outlined.

The likelihood of an even higher rate increase, by 50 basis points at once, may even provoke a growing fear of investors: market participants may come to the conclusion that the regulator is preparing for a new round of instability in the short term, Pokatovich said. The debt market will again be in a relapse zone, the income of federal loan bonds may rush to levels of 9.5 percent or higher, investors will leave and the ruble will go down again, he concluded.

Analysts on How US Anti-Russian Sanctions May Affect Ruble, Foreign Investors