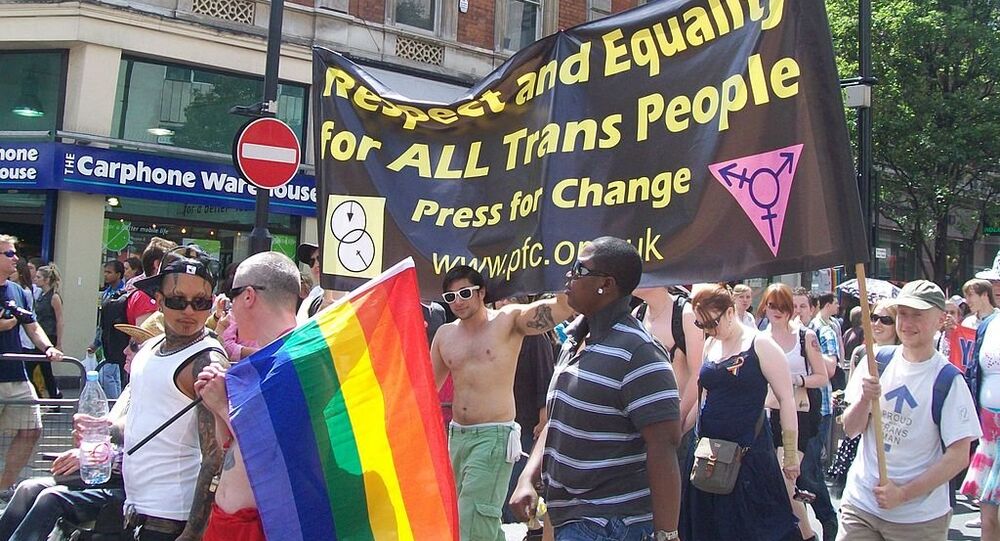 A massive prison strike in the United States in recent weeks has brought to the fore some of the myriad problems faced by prisoners. However, the conditions faced by transgender prisoners can be especially dangerous. Radio Sputnik spoke Thursday with an advocate for one black trans woman prisoner about those challenges and how people can help.

On August 21, inmates in 17 prisons across the US began a three-week-long strike to demand changes to prison conditions, including access to rehabilitation programs, wages for their labor, the restoration of voting rights and an end to death by incarceration, Sputnik reported. The US has 2.3 million prisoners, the most of any country on the planet.

"Prisoners understand they are being treated as animals. We know that our conditions are causing physical harm and deaths that could be avoided if prison policy makers actually gave a damn," read a statement by Jailhouse Lawyers Speak (JLS), a group of people incarcerated in South Carolina behind the protests.

"Prisons in America are a war zone. Every day prisoners are harmed due to conditions of confinement. For some of us, it's as if we are already dead, so what do we have to lose?"

Transgender prisoners face additional hurdles, which have only been compounded in the two years since US President Donald Trump entered office. On May 11, the Bureau of Prisons announced it would "use biological sex" when determining which housing inmates would receive and that an inmate's gender identity would only be considered "in rare cases."

The bureau justified this move by claiming that housing inmates based on gender identity "creates a situation that incessantly violates the privacy of female inmates; endangers the physical and mental health of the female Plaintiffs and others, including prison staff; [and] increases the potential for rape," according to a Department of Justice pamphlet titled "Transgender Offender Manual."

The opposite is the case. A California study found that transgender women in male prisons are 13 times more likely than the general prison population to be sexually assaulted, according to Lambda Legal, an organization that provides legal counsel to LGBTQ people in the US. Nearly two-thirds of trans prisoners report sexual assault, although many such attacks are not reported because the perpetrators are often guards, wardens or staff members at the prison.

Radio Sputnik's By Any Means Necessary spoke with Danielle Corcione, a member of Philly Socialists and freelance journalist, about their advocacy work for Alyssa Victoria Hope, a black trans woman incarcerated in a male prison in Maryland, and the conditions faced by Hope and other trans women caught up in the US prison system.

Corcione said they met Hope through Black & Pink, an LGBTQ prison abolition organization that runs a pen pal service. Hope asked Corcione to be her advocate.

​"Being an advocate," Corcione told hosts Eugene Puryear and Sean Blackmon, "meant helping [Hope] get the word out, trying to get as much public support on the outside as we can for her, trying to get her legal name change, which was successfully done this past summer, and also hooking her up with books from book-giving programs like Books Through Bars, and also crowdfunding and fundraising on my own to try to get her specific legal and medical and other types of books that she specifically requests; because with book-giving programs, it's donation-based, and it's very, very hard sometimes to get specific books from them."

Justice, Pride and the Politics of Disruption

Corcione told Sputnik that the leaders of the first Gay Pride, in New York City in June 1969, were two trans women of color, Marsha P Johnson and Sylvia Rivera, whose own advocacy focused on homelessness, poverty and issues surrounding police brutality and incarceration faced by all LGBTQ people. Shortly after the three-day riot outside the Stonewall Inn following a police raid on the gay bar, Johnson and Rivera, along with other activists in the Gay Liberation Front, helped found an advocacy group called Street [Transgender] Action Revolutionaries (STAR), which helped provide poor and homeless LGBTQ people with housing and other social services. STAR reached across racial lines to help immigrant queer and trans people, sex workers and other very marginalized people in New York City.

Corcione noted that Hope is not only black, transgender and a woman, but is also disabled because she suffers from mental health issues, as well as digestive disorders and temporomandibular joint dysfunction, a joint disorder in the jaw that makes it difficult to eat certain foods.

"So, with those identities alone, she's kind of attacked at every single angle," Corcione noted.

"It's not great to have a disability when you're in prison, too, because all of these things outside of prison are a barrier for anybody. So, when you look at someone who has every angle of their identity attacked, someone like comrade Alyssa experiences all of that all at once. I think that's a really important thing to keep in mind because… being one of these identities alone in prison is extremely bad, but when we look at the multiple layers, there's definitely other people like Alyssa who are trans women of color in prison; a lot of them could be detained in detention centers," as Hope is, which Corcione noted have "far less accountability than state-run prisons."

Corcione described how the Pennsylvania Department of Corrections "went on lockdown and seized all mail and, I believe, also, [stopped] visits as well, because there was this K2 drug allegedly going through the prison system, and correctional officers were poisoned. I got a notification from Alyssa via mail saying that her prison was on lockdown, and she wasn't receiving mail or visits, and she didn't know why; and then I looked into it on the news, and the Baltimore Sun had reported that because of the Pennsylvania lockdown, that this had happened."

Pennsylvania's entire corrections system went into a 12-day lockdown on August 30 after more than 50 state prison staff and 33 inmates required medical attention in the previous three months. Medical tests suggested they had been exposed to so-called "synthetic marijuana," of which K2 is one type, the York Daily Record reported.

Corcione noted that Pennsylvania borders Maryland, but that "at the same time, other members of Black and Pink who have pen pals reported really scattered mail in Texas and in Ohio, all over the country, because of the national prison strike. And while personally I don't really see any evidence that the poisoning was linked to the prison strike, especially since even the more politicized prisoners of Pennsylvania weren't striking at the time."

But to Corcione it probably wasn't a coincidence. They noted that Philly.com had published a story revealing the lack of evidence about K2 in the mail and that not enough evidence existed to tell whether the symptoms of the guards weren't instead a mass psychogenic illness or something else.

"That's a very important reality that we need to keep in mind," they said, because "social movements in the past have been have been suppressed by drug convictions."

Corcione noted an upcoming phone-in to Hope's prison, North Branch Correctional Institution, to demand that Hope's rights as a trans woman be respected. "One of the staff people working at her prison was not acknowledging her legal name change, which, unfortunately for any transgender people who have had their name changed, it's extremely painful to be referred to [by] your dead name instead of the name that you went through the process and did all of this work to say on the books, ‘This is my name.'"