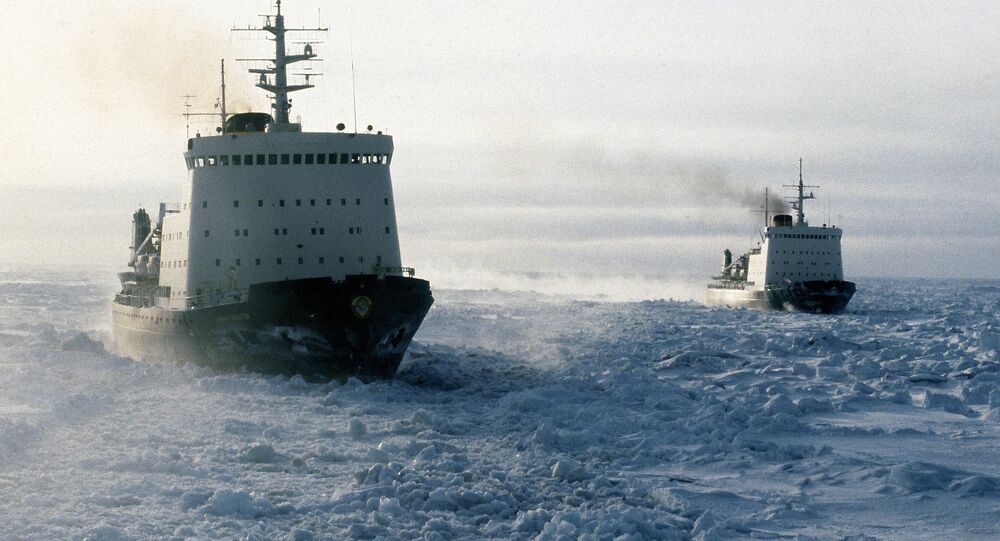 The fourth annual Eastern Economic Forum kicked off on September 11 in Russia's Far East. The EEF has been held since 2015, and serves as a platform for developing political, financial and social ties between Russia and the Asia-Pacific region.

Sputnik: What are your impressions of this year’s forum? What’s your mission here?

Tero Vauraste: First of all, it’s been a great pleasure and thank you for the invitation to attend this forum. I think it’s been active; the discussions we’ve had have been great; I’m also very honored by the opportunity to have several meetings with Russian (Cabinet) Ministers.

It’s unfortunate that the European and the US business representatives are few in number, which is, of course, mainly due to the current sanctions situation. However, as we learned in a discussion earlier today, trade between Russia and the EU actually returned to a growth path last year, despite the sanctions. Regarding my mission, I have basically two messages.

© Sputnik / Sergei Guneyev
Russia's Plan to Boost North Sea Route is Challenging - Arctic Economic Council
The first one is that we’d like the Russian business community, and especially the Russian Arctic business community, more involved with the Arctic Economic Council in the future. We have had good representatives from Russia, but we’d like to extend and have more areas of business on top of those ones which we have for the moment.

The second task for my mission this year is that I have been discussing the expected changes in the Russian legislation (concerning) using foreign flagged tankers, especially ice-breakers, on the Northern Sea Route, where new restrictions are expected to be imposed. I’ve had a dialogue about this issue because that would restrict my company’s opportunities to work in the Russian Arctic and serve the customers.

Sputnik: You’ve mentioned sanctions; among the council's management are executives from Norway, Russia and Western countries. With the current political disagreements between Russia, the EU and Western countries, in an organization like yours is it hard to set politics aside and work purely on economic terms rather than on politics?

© Sputnik / Yuriy Lushin
Russian Embassy Slams UK Media for Alleging Military Build-Up in Arctic
Tero Vauraste: Actually, it’s not been hard. We’ve been really focusing on business issues; we have an excellent dialogue within the council; we’re having members from all Arctic countries as well as from other countries.

We have not faced any problems in our dialogue within business issues. We’re also aware of the fact that even though business isn’t politics, business is sort of impacted by politics.

We’ve been forced to face this question and face this situation. But within the council we haven’t had any problems in finding common solutions, ideas and statements because everybody in there is working for the best of their businesses and we consider business to have no borders.

© Sputnik / Sergey Krasnouhov
China Considering Participation in Russia's Arctic LNG-2 Project – Reports
Sputnik: Speaking of the economic potential of the Arctic region, are there any unexplored opportunities? Is there something that can be used for the countries and companies in the region?

Tero Vauraste: There's a lot. The World Economic Forum has estimated that the Arctic investment potential is more than one trillion dollars.

There is energy potential and infrastructural, mining and tourism potential, just to name a few.

As we’re aware, about 20 per cent of the Russian GDP is coming from the Russian Arctic areas. There is ongoing development for the moment but there is still potential which is definitely untapped.

Sputnik: The Chinese are also interested in the Arctic; they call themselves a near-Arctic State and even suggested a Polar Silk Road; how do you assess that?

© Sputnik / Mark Agnor
Russia to Begin Building Arctic Ocean Research Platform in Next Year
Tero Vauraste: Just a couple of months ago the Chinese introduced their new Arctic strategy, where they clearly say that they want to be a part of the decision-making mechanisms in the Arctic.

They're already are an observing member of the Arctic Council which is also the case with Japan, Korea and many European states. I think that their initiative on this Polar Silk Road is a sign that they want to develop their business opportunities. Last year we saw that nine vessels from the Chinese Cosco shipping transited the Northern Sea Route and we’re expecting more transits from Chinese companies come into play as well.

The Chinese Railroads have also been active in developing their infrastructure in terms of connecting them to this area and also to the Arctic; that’s one part of the Polar Silk Road strategy as well. We have to also bear in mind that about a year ago China and Russia signed an agreement on their collaboration of developing the Northern Sea Route together.

Views and opinions expressed in this article are those of Tero Vauraste and do not necessarily reflect those of Sputnik.