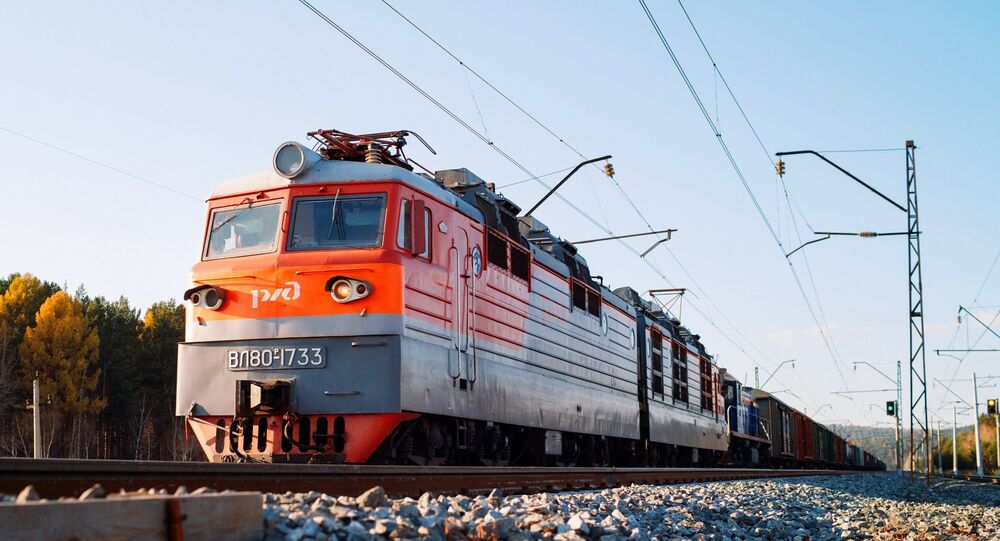 There were also a lot of problems, such as a lack of clear delivery periods, complex trans-shipment procedures and poor cargo security, overshadowing this advantage. Much work is being done now to reconstruct the Trans-Siberian Railway in order to improve the quality and convenience of cargo traffic as well as restore the railroad’s status as the world’s largest logistic corridor.

“The reconstruction of the railway is an important issue. I think the railroad’s transformation into a main logistics route for cargo traffic between Japan and Russia will contribute to the development of economic partnerships between the two countries. Both Japanese and Russian professionals are going to work together to restore the Trans-Siberian Railway,” Isao Takahashi said.

This year, Japan’s Ministry of Land, Infrastructure, Transport and Tourism (MLIT) initiated a pilot project for goods traffic along the Trans-Siberian Railway.This is a joint project with Russian Railways aimed at promoting the use of railway transportation service. Toyo Trans owns two of the seven selected pilot projects.

“On August 29, at a ceremony held in the port of Yokohama, we sent a container of rice to Moscow. We are going to test the implementation of all the assigned tasks in the course of the pilot projects,” Isao Takahashi said.

EAST NEWS/Sovfoto/Universal Images Group
Russia's BAM, Trans-Siberian Railway Development Cost to Rise by 10% - Reports
“These pilot projects send a message to our clients that the Japanese and Russian governments are actively involved in the Trans-Siberian Railway’s transformation process. We see the advantages of a railroad that allows the cargo to be delivered in three weeks rather than two months, starting to attract their attention,” Isao Takahashi said.

“We need to lead the whole complex of actions in order to stabilize cargo traffic along the Trans-Siberian Railway. For example, we need to introduce special freight cars that meet Russian Railways’ standards, as well as reduce the time spent at customs and docking points. We’d like to maximize the benefits for entrepreneurs sending their goods to Europe by customs facilitation and other measures,” Isao Takahashi said.

However, there won’t be a chance to make up freight trains unless cargo traffic increases. When asked what should be done to increase cargo traffic from Japan, Hisao Nakajima, executive director of the Nomura Research Institute, which supports Japanese investments to the Russian Far East, said that the interests of cargo carriers, not investors, should be the priority.

Therefore, the main thing is not to invest excessively in new technologies, but rather to focus on how to best meet the cargo owners’ requirements.

South Koreans Travel to Moscow on Trans-Siberian Express of Friendship