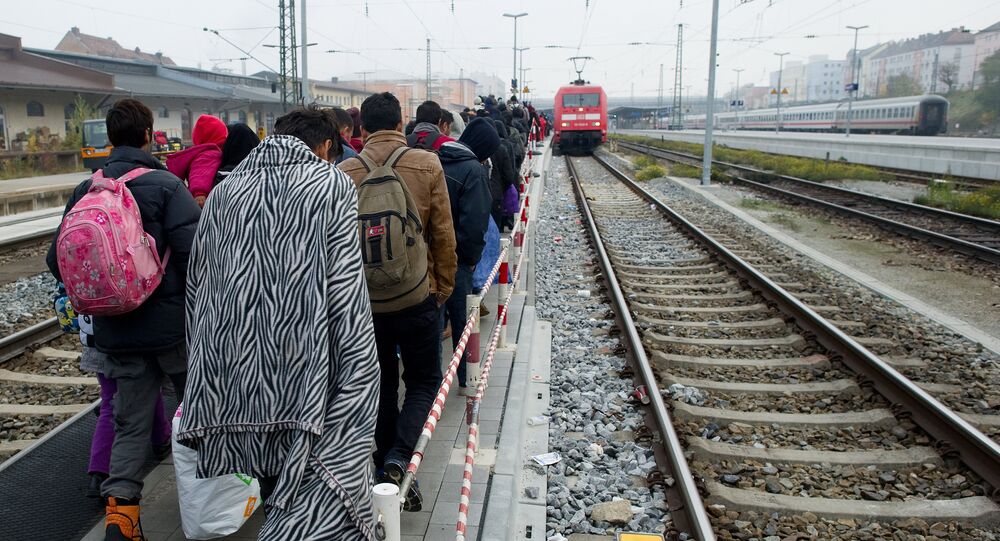 "All proposed by the EU plans and operations like 'Triton' and similar ones have failed. We can only support a plan that is aimed at preventing migrants from landing on our shores and bringing those, who are already in Europe, back to their home countries. All others proposals, including this one, are just a very late propaganda amid upcoming EU Parliament elections," Paolo Grimoldi, the secretary for the party in the northern Italian region of Lombardy, said.

Juncker delivered his annual State of the Union speech at the European Parliament in Strasbourg on Wednesday, outlining the bloc's agenda for the next 12 months. Among other measures, Juncker proposed to strengthen the European Border and Coast Guard to stop illegal migration.

Speaking about migration, Juncker clarified that additional guards would be deployed to the Mediterranean, joining existing forces in Spain, Greece and Italy, with funds provided for the purchase of planes, drones and boats to patrol the Mediterranean Sea entry points.

Europe is experiencing a large influx of migrants, fleeing conflict or poverty in their home countries. Italy, due to its geographical location, often serves as the first point of entry for many refugees crossing the Mediterranean Sea.