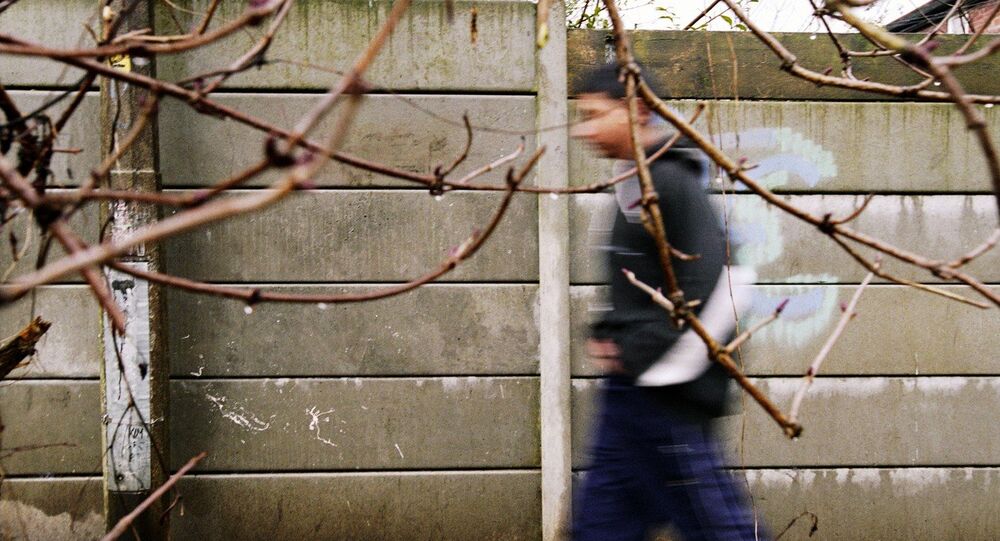 Britain is failing to protect thousands of children from being trafficked and enslaved, with the UK government being criticised for lacking a clear strategy to stop girls being sexually abused and gangs using young people as drug mules.

The Anti-Trafficking Monitoring Group say the government's approach to tackling child trafficking is fragmented and young victims lack specialist care at a time when a record number of child slaves are being uncovered.

In Britain, over two thousand children have been suspected to have been trafficked mostly trapped in sexual exploitation, domestic servitude or forced labour were referred to the government last year, up 66 per cent on 2016 and the highest annual number on record.

© Fotobank.ru/Getty Images / Dan Dennison
More Suspects Charged in UK for Trafficking as Cases of Male Exploitation Rise
Sputnik spoke to Debbie Beadle from the charity Every Child Protected Against Trafficking about why the UK government is failing to protect the children.

Sputnik: Why is the UK government failing so badly at protecting young children from slavery?

Debbie Beadle: The government has put certain procedures in place and we have policy and guidance. The problem is that we see there is a lack of implementation, for instance social workers are not trained to identify those children or respond to them in the most effective way.

There is a disjointed approach depending where young children are identified, it will differ greatly depending on where they are and whether that local authority is focusing on trafficking or identifying as an issue. We are seeing a varied response in terms of how they are safeguarded.

© Photo : Pixabay
Enslaved & En Route: UK Human Trafficking Operation Discovers Dozens of Victims
Sputnik: What impact is this having on young children that they aren’t being protected?

Debbie Beadle: It has a severe impact, obviously these young people have been through a horrendous experience, trafficked and exploited in horrendous ways, failed by people they’ve trusted and often when they come forward to police or social workers, someone who have been told they will help, they are being let down again, either not believed for things like their age.

The longer term plans are not put in place, they might get an accommodation, that isn’t suitable, and then we see they go missing on some occasions, not getting access to education.

There mental health isn’t seen to, and then once they start moving on they haven’t been given help with transition from child to adult and then we see problems again.

Sputnik: What do the government need to do to act against the rising slavery numbers?

© AFP 2021 / Justin TALLIS
Closure of UK Dubs Scheme Makes Refugee Minors Vulnerable to Human Trafficking
Debbie Beadle: There needs to be a multi- faceted approach, so what we are asking for in the report is that there is communication, agencies are working together, and there are plans.

Not only immediate response but longer term plans so someone who is a victim of trafficking is supported in a way that will provide durable solution for them.

We want the processes that are focused around children safeguarding rather than as a police response and criminal elements to make sure children are safeguarded against being re-trafficked and being re-exploited. We want all agents to be trained across the board to identify and safeguard children at the earliest points.

Views and opinions expressed in this article are those of Debbie Beadle and do not necessarily reflect those of Sputnik.