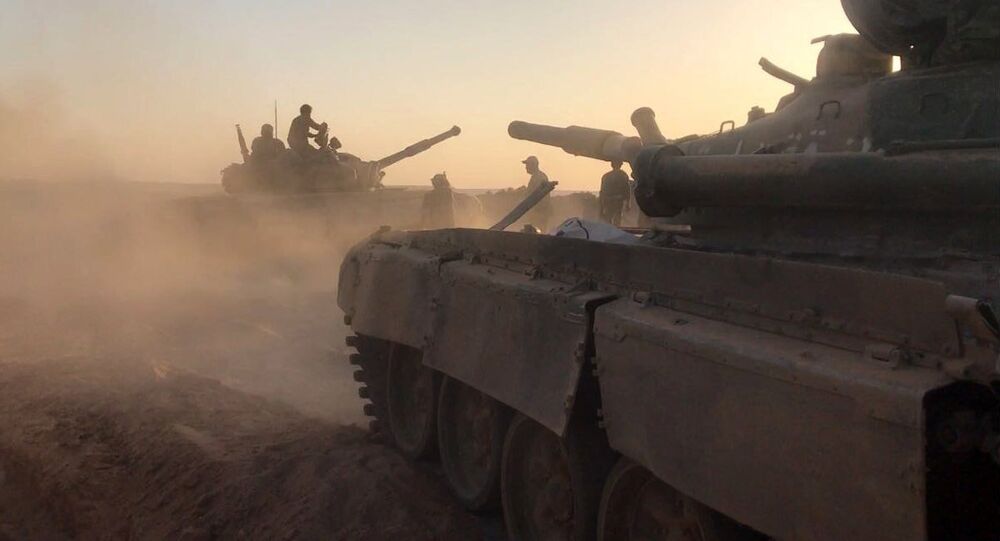 The leaders of Russia, Iran and Turkey held a trilateral meeting in Tehran on September 7. The upcoming operation aimed at liberating the province of Idlib, the last terrorist stronghold, became the summit's focus. Speaking to Sputnik, analysts shared their views on the prospects of the operation.

The Idlib issue has put the Astana participants to the test, Oytun Orhan, a specialist on the Middle East at the Center for Middle Eastern Strategic Studies (ORSAM), opined, speaking to Sputnik Turkey.

"Currently there is the necessity of interaction between Turkey and Russia which covers not only Syria, but also a number of other issues," Orhan underscored. "Therefore, it is not in their interests to jeopardize this interaction, especially in the context of the crisis in Turkish-American relations. Given this, we can expect that Turkey's concerns regarding the situation in Idlib will be taken into account."

© Sputnik / Mikhail Klimentyev
Putin: Most Important Now is To Kick Terrorists Out of Syria's Idlib
According to the Turkish scholar, the Idlib operation is "inevitable." He suggested that on the southern and south-western fronts of the Idlib war theater, as well as in part of western Aleppo, substantial changes would take place allowing government forces to gradually restore control over the region. Under these circumstances, Ankara will most likely insist on the separation of radical groups from moderate ones in Idlib.

The struggle against Hayat Tahrir al-Sham (HTS)* will likely come to the forefront of Ankara's activities in the region, he foresees, citing the fact that Turkish authorities have recently include HTS on the list of terrorist organizations.

"That shows that Turkey will act against this organization together with other countries," he presumed.

© AFP 2021 / Anas AL-DYAB
Turkey Has Reportedly Proposed Evacuating Militants From Syria's Idlib
Orhan noted that on the other hand, the fall of Idlib could deal a tremendous blow to the positions of the Syrian opposition, thus thwarting Turkey's political influence in the region.

Having captured Idlib, Damascus will not make any concessions with regard to a new constitution of Syria and the country's political system, the Turkish scholar opined, explaining that because of that, Turkey had insisted on a "limited operation in Idlib."

"Turkey insists on conducting a limited operation in Idlib, since in this case it will be able to control the flow of refugees [from the region]," he said. "Additionally, in this case the opposition will maintain control over a certain territory, which is also in the interests of Turkey. And, perhaps most importantly, Turkey's reluctance to conduct a full-scale operation is linked to its fears that after the liberation of Idlib, Syrian government forces will head towards Afrin and the region where Operation Euphrates Shield took place."

© Sputnik / Alexey Vitvitsky
Merkel Agrees With Putin on Importance of Fight Against Militants in Idlib – Reports
He noted that in case the parties fail to reach compromise, the crisis would escalate, prompting a new wave of refugees flooding Turkey and Europe. At the same time, the US and its Western allies could step in under the pretext of the humanitarian crisis and initiate strikes on Syria, which would further exacerbate the situation.

For his part, Fuad Eliko, the chairman of the Syrian Kurdish National Council (ENKS) and member of the National Coalition for Syrian Revolution and Opposition Forces, emphasized the necessity for Moscow, Ankara and Tehran to act jointly in Syria.

"Russia advocates striking at al-Nusra Front in Idlib and transferring control over the moderate opposition to Turkey," the politican said. "Turkey wants to be given time to gradually clear Idlib's territory from al-Nusra terrorists, as it is afraid of the influx of refugees into its territory in the event of a full-scale operation. Iran insists on the immediate start of the operation in Idlib."

Still, he believes that the parties will finally reach a compromise. Besides, the politician presumed that Turkey could play a significant role in expelling al-Nusra Front and other terrorist groups from the region.

Previously, US President Donald Trump and Secretary of State Mike Pompeo signaled their concerns regarding the upcoming operation. During a phone talk between Pompeo and his Turkish counterpart, Mevlut Cavusoglu, he called the forthcoming Syrian Arab Army's advance on Idlib "unacceptable."

For its part, the Russian leadership has repeatedly stressed that the terrorist stronghold in Idlib destabilizes the situation in Syria and undermines attempts to find a political resolution of the ongoing crisis.