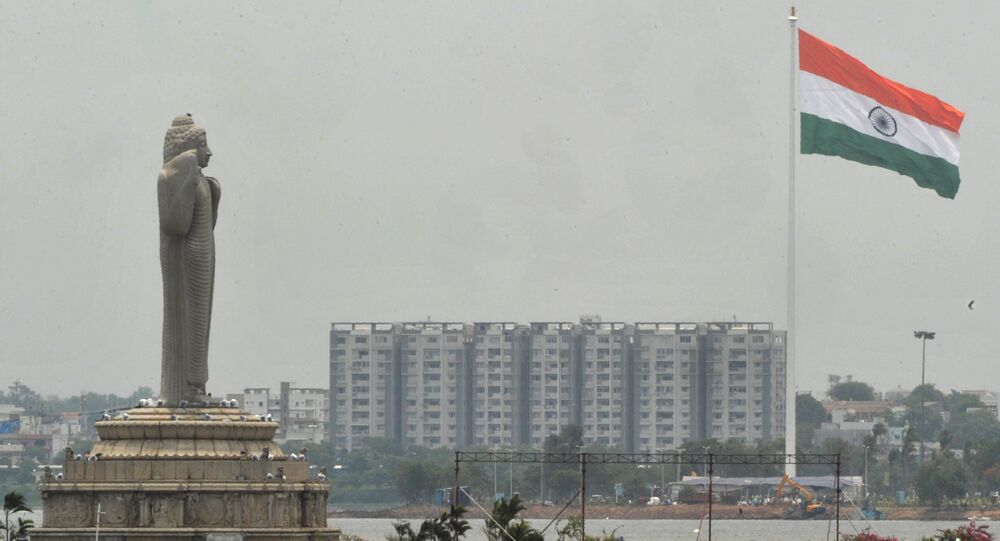 India Has Succeeded in Making ASEAN Vanguard of Indo-Pacific - Professor

A joint statement issued after the inaugural 2+2 dialogue between India and the US sought to reaffirm the centrality of the ten-member ASEAN (Association of South East Asian Countries) in the Indo-Pacific with India proposing sustained diplomacy to explain that it is not an anti-China closed club.

By succeeding to insert appropriate messages into the joint statement at the conclusion of the inaugural Indo-US 2+2 Dialogue on Thursday, India has managed to establish the centrality of ASEAN (Association of South East Asian Countries) in the Indo-Pacific, analysts have opined.

© REUTERS / Stringer
China May Grab Hold of All Asia-Pacific With Its 'DebtBook Diplomacy' - Report
Apart from the clear mention of Pakistan with respect to terror havens, the insertion of "sustainable debt financing practices" regarding the BRI is being looked at as a clear win for India. India has reservations about the financing of huge infrastructure projects leading countries into debt traps.

"India also managed to insert appropriate wordings in the Joint Statement with underlying messages like the need to ensure 'sustainable debt financing practices in infrastructure development' (for China) and called on Pakistan to ensure that the territory under its control is not used to launch terrorist attacks on other countries." India also managed to bring recognition of ASEAN centrality in the Indo-Pacific into the joint statement confirming that New Delhi soften its anti-China projections," Dr. Swaran Singh, professor, School of International Studies, Jawaharlal Nehru University, New Delhi and Senior Fellow at Charhar Institute in Beijing told Sputnik.

© AP Photo / Aaron Favila, Pool
China Seeks Trade Increase With ASEAN Amid Dispute With US
Other takeaways from the dialogue include the signing of the second "foundational" Communications Compatibly and Security Agreement (COMCOSA) which promises to accelerate the pace of easy transfer of encrypted and advanced defense technologies from the US, thereby catapulting the strategic partnership. The two sides also decided to set up not one but two hotlines connecting the Secretary of State to India's Foreign Minister and also US Defense Secretary to India's Defense Minister.

In today's meeting we reaffirmed to cooperate in every possible way to ensure peace, prosperity and development. Also pledged to continue cooperation against terrorism and other security challenges: Defence Minister Nirmala Sitharaman after '2+2' talks with the United States pic.twitter.com/lIFSlFS8WG

​On the flip side, the 2+2 dialogue which coincided with the tenth anniversary of the Indo-US nuclear deal has been silent on India's engagement with Iran and on buying Russian missiles.

Have Told Indians consistently,as every nation,on Nov 4 sanctions with respect to Iranian crude oil will be enforced&we'll consider waivers where apt but we expect Iranian crude oil purchases will go to zero from all countries or sanctions will be imposed: US Secy of State #Delhi pic.twitter.com/sINuNJS9FI

Responding to media persons' query on the US' stance on India going ahead with its decision to buy the Russian S-400 missile system, US Defense Secretary Jim Mattis admitted that "freedom means that, at times, nations don't agree with each other."

The views and opinions expressed by Dr. Swaran Singh are those of the speaker and do not necessarily reflect the position of Sputnik.