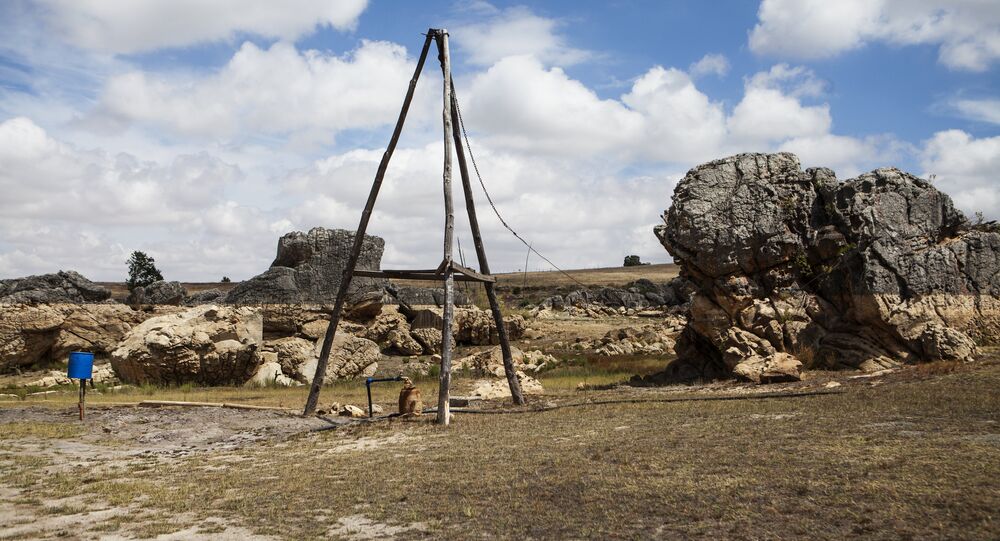 'There was a Drought that Affected South African Economic Decline' - Economist

The South African rand has weakened as the country’s economy has gone into recession. According to reports, the South African economy shrank by 0.8% in the second quarter of the year. The main reasons behind the recession were said to be the slowing agricultural, transport and trade sectors.

Sputnik has discussed this with Hugo Pienaar, senior economist at the Bureau for Economic Research at Stellenbosch University.

Sputnik: Did this economic recession come as a surprise to you?

Hugo Pienaar: If we just go back a bit, the large contraction that we saw in this first quarter of the year that certainly was a surprise. I don't think anybody expected that back in January, but after we had that big contraction and the data started coming out for the second quarter it was quite clear that the second quarter was also going to be poor. I think there was always the possibility of a recession, but having said that, most analysts, including ourselves, thought that the likelihood of that was fairly low. So from that perspective, yes, it did come as a bit of a negative front.

Sputnik: Experts have noted a sharp decrease in the agricultural sector, perhaps, you could explain why there has been a sharp decrease, and whether it's got something to do with the recent news with increased land grabbing from black individuals in South Africa in recent months, hasn't there? Perhaps there's been some kind of effect with regard to the reclamation of the land…

Hugo Pienaar: There's a lot of noise about that, but I really think that is not part of the story here. So where I sit in the Western Cape, in the Cape Town region of South Africa, we've had a significant drought, and it's not just been in one season. We've now had three seasons of quite severe drought, and so most of the decline we've seen in the agricultural sector in the first half of this year I think we can trace back to the drought. In other words, weather-related issues as opposed to the uncertainty around the land issue.

Sputnik: What about the general outlook, because we were reporting on the BRICS convention that was being held in Johannesburg a month or so ago, is there any positivity that we can take out of the South African economy moving forward for people within the country to take some hope from things?

© REUTERS / Damir Sagolj
South African President Denies Claims of Chinese Financing for 'New Colonialism'
Hugo Pienaar: Where we sit today in almost the end of the third-quarter, I don't think we are in recession anymore. So we do think that GDP will post a positive number in the third quarter, but I mean growth is still under pressure. So if you think of 2018 as a whole, now it looks like we'll probably only grow around 1% in real terms as opposed to at the beginning of the year when many analysts were thinking closer to 2%. So that is a dramatic downward shift in our growth expectations.

I think that the outlook for the foreseeable future is a bit cloudy. We think that we probably need to get past next year's general election which will probably be around April-May 2019 and after that one will hopefully see more clarity on the policy front, including on the land debate and that should hopefully foster a bit more confidence so that growth picks up.

Sputnik: The report of recession comes as the South African government has been making changes to the Constitution, a bid to expropriate land, what impact has this had on the country's economy?

So the ANC's position is that the Constitution should be changed that it allows for expropriation without compensation, but in fact, the Constitution already allows for that. So all the ANC is saying is that they want the Constitution to state more clearly under which condition expropriation without compensation can take place. I think that's an important starting point. Nothing has changed for now, but, of course, this debate and the noise surrounding that will already be having negative impacts because it creates uncertainty in the farming community.