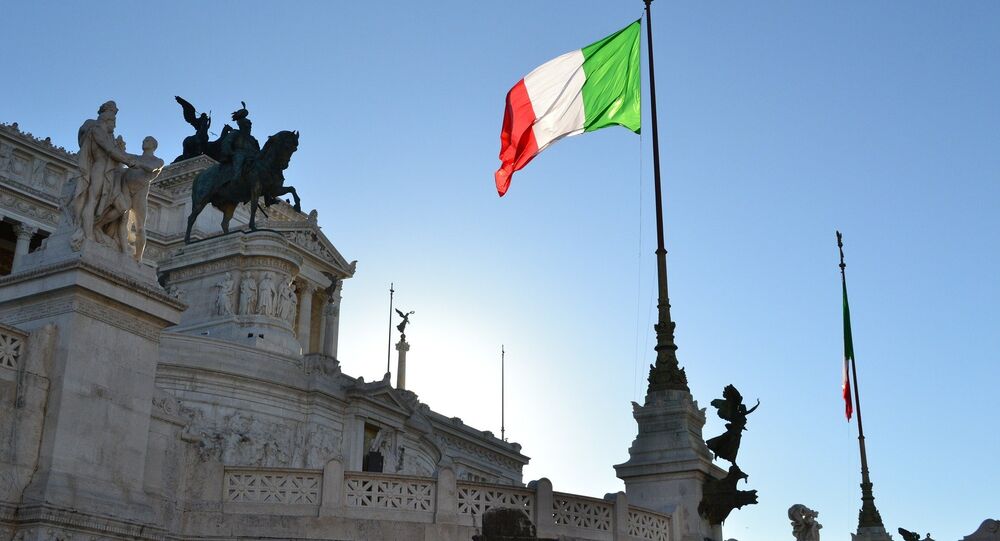 EU budget commissioner Günther Oettinger claimed that the EU is in mortal danger because a number of nations want to destroy it. He blamed countries such as Italy, whose populist parties have come to power on a eurosceptic platform. Sputnik spoke with Bruno Masticelli, associate professor of international studies at Swinburne University for more.

Sputnik: Is Italy heading for an economic recession?

Bruno Masticelli: That’s a big call there. I’m not convinced that this is where we’re definitely going to go and certainly not provoked by the current tensions with the EU. I think that while the markets are not happy about what they are hearing, a lot of this has pretty much been pre-determined about the expenditure program that the new coalition government was going to introduce; some of the demands on the EU, in particular, the easing off on the stability growth pact, limits of expenditure on the minus 3 percent and also a whole range of social questions related to migration and other aspects that bring up tensions with the EU.

It’s a bit of a long shot to say that we are heading for a recession in Italy. What they have been doing is just getting by, with economic growth just slightly below the 1 percent level … but I’m not convinced that they are heading towards a recession.

Bruno Masticelli: This has been discussed for quite a number of months and in particular when the new government was formed and while the parties were conducting their election campaign because they were both eurosceptics….However, they are both intimidated by the potential of the market to go against them. The euro has for a long time not been popular amongst Italians….Berlusconi was never a strong proponent and on the whole it was the center-left that was doing a lot of public relations for the euro.

The problem is the euro has never been a popular subject in Italy; these two parties have simply notched up another level of tension. I don’t think an exit from the EU is even on the cards, but the government is intimidated by the markets… So Salvini generally pulls in his head at the last moment because he is aware that the markets can literally chop of the head of these leaders and force them to effectively submit and bring down the government.

Italy in Recession as GDP Declines in Second Quarter