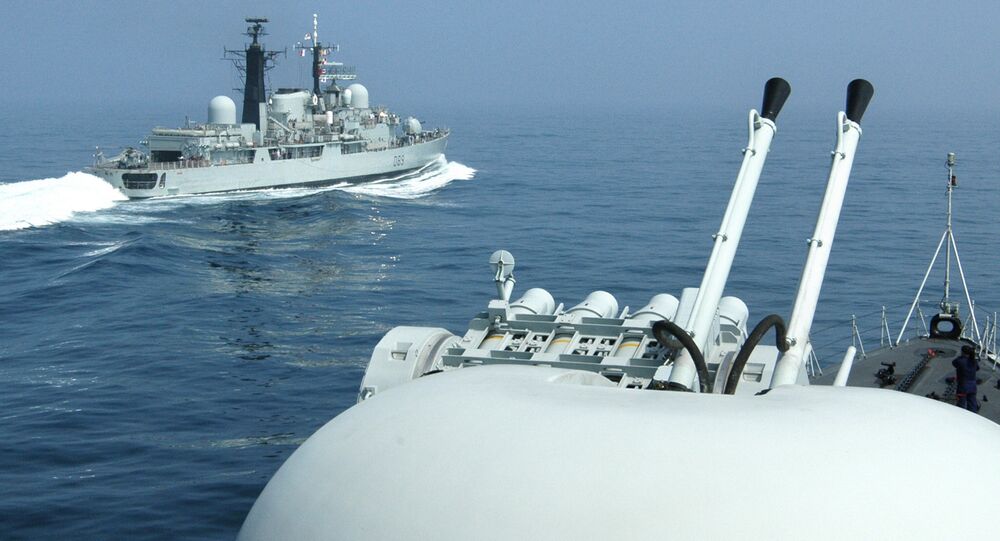 Sputnik: Why is Britain taking such measures, and what complications does it bring about for the South China Sea dispute?

As far as the South China Sea is concerned, with these so-called freedom of navigation operations, there's nothing new, I mean it is happening quite regularly. So China is taking things in its stride and in this particular case the British warship is staying outside the 12 nautical miles, which applies to islands.

I think that China knows that because of this increasing rivalry with the United States in trade, but also investments and technology, so there is always a 360-degree pushback against China, not only a matter of problematic trade practices, but there is also the question of political and geopolitical rivalry.

The UK being a very close ally with the United States wants to show that it’s part of the team even though there are other minor disagreements, but that's what the UK is doing, and also its seems to prop up a kind of image of being strong in the person of Theresa May […].

Sputnik: China has already said the incident may harm bilateral relations. Is China from your perspective warming to the idea of a stronger economic and trade relationship with the UK despite this incident?

Andrew Leung: China has taken things in its stride, it's not sort always of black and white and of course China will protest because it is matter of principle […].  But I think in the wake of this trade war and geopolitical rivalry with the United States, things are heating up on China and China loves it, not only the United States, there’s also United States' allies.

The views and opinions expressed by Andrew Leung are those of the analyst and do not necessarily reflect those of Sputnik.