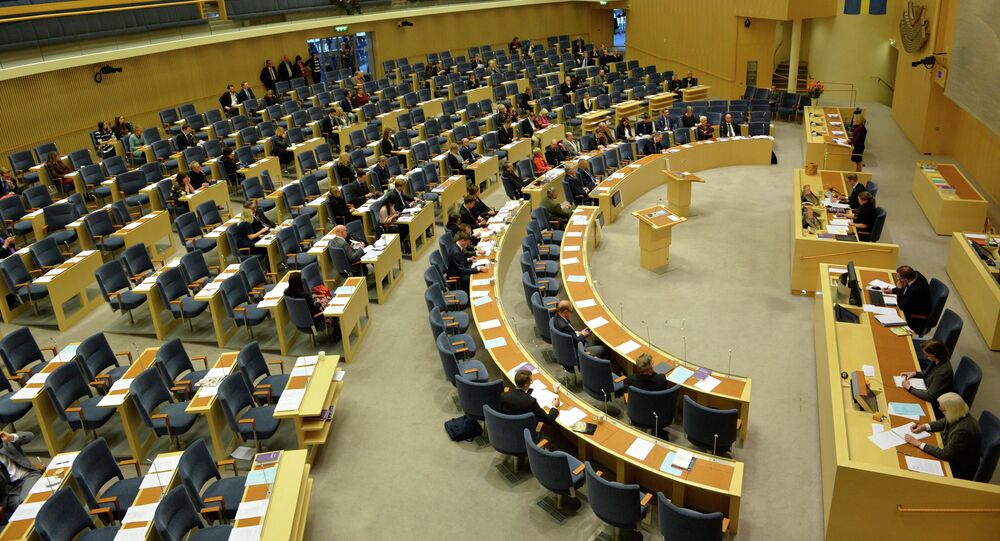 The latest poll results show Sweden’s right-wing party is expected to make big gains in the general elections on Sunday. The party has been highlighting various issues, but research revealed immigration has been propelled to the top of the agenda. Radio Sputnik discussed this with Anders Sannerstedt, an associate professor at Lund University.

Sputnik: Sweden's Social Democrats had previously dominated Swedish politics, however, recent polls have indicated that the party has been losing electoral support; in your view, why is that happening now?

Anders Sannerstedt: A part of it is, of course, the fact that the Sweden Democrats have got much more support. Maybe this is generally a Western European trend.

In the last few elections the same goes for the Swedish Social Democrats. There might be other reasons behind as well.

Sputnik: Sweden's right-wing party has been gaining popularity; it's expected to do well in the upcoming elections. In your view, what is it linked with? Is it purely the immigration issue that's happening throughout Europe these days?

Anders Sannerstedt: I would say yes. All the voters of the Sweden Democrats vote for the party because of the migration policy, that's for certain. The Sweden Democrats have gained support during the whole of the century steadily.

Sputnik: What is the general situation with regard to immigration in Sweden? Has there been an increase in incidents with violence, theft or rape? Is there a concern with regard to Swedish nationals at the moment?

Anders Sannerstedt: On the whole, the situation with immigrants is fairly calm. The issues discussed have to do with how we can increase the employment among recent immigrants or how we can provide housing for them.

© AP Photo / Emilio Morenatti
Sweden Democrats Lash Out Against UN Refugee Quotas, Push for Repatriation
In 2015 there were so many refugees coming to Sweden that we had a problem handling [the situation] and the government adopted a more restrictive immigration policy. There are some small conflicts between Swedes and immigrants, but they shouldn't be exaggerated, it's not a major issue.

Sputnik: What changes, do you believe, need to be brought into Sweden's general policies on the various issues to satisfy the immigration situation both from Swedish nationals and also from the immigrants who probably want to see a more balanced view with regard to their particular thoughts and feelings now that they are residents within Sweden?

Anders Sannerstedt: First of all, Sweden has always been divided on the issue of migration. Every year we have questions asked whether it's a good or a bad idea to reduce the number of refugees.

And there're more Swedes that say it's a good idea to reduce than those who say it's a bad idea. This has been the case since 1990, so it's nothing new.

What is discussed at the moment is how to handle and take care of a lot of migrants that have recently come to Sweden and how to get them integrated into Swedish society.

Sputnik: Sweden has previously been regarded as a socialist utopia by many politicians; would you say it's still the case in Sweden today?

I don't think that many Swedes would describe the country that way either.

© AFP 2020 / Erik SIMANDER / TT News Agency
'One People, One Party': Documentary on Swedish Social Democrats' Nazi Past Stirs Controversy
Sputnik: Many European states have experienced a right-wing shift; what consequences can this have on Europe and its traditional views?

Anders Sannerstedt: What we are seeing all over Europe is, of course, this surge of populist parties all over Western Europe. That has already affected the way that we look at handling refugees and migration.

This will be a big issue in Europe in the years to come and it also presents a great challenge to the EU where 28 states have to agree on a common policy on migration and they are far from that agreement.

When it comes to the European Union, the Sweden Democrats and many other populist parties propose that Sweden should leave the EU. This is not going to happen; the support for staying in the EU is quite strong in Sweden. There was a Brexit in the UK, but there will be no Swexit in Sweden.