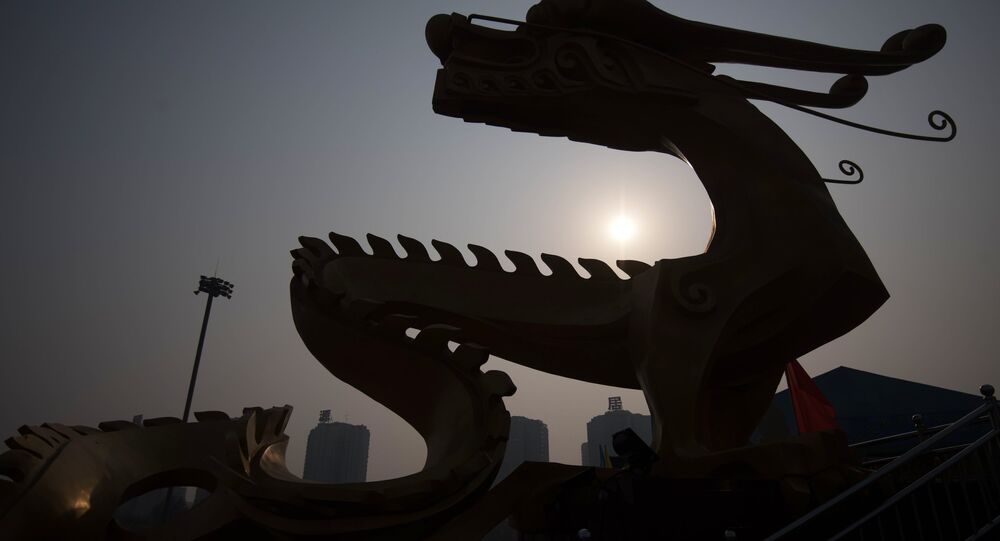 Negotiations on a free trade agreement within the framework of the Regional Comprehensive Economic Partnership (RCEP) have significantly intensified due to Donald Trump's assertive trade policies, scholars told Sputnik, suggesting that the deal could counterbalance Washington's protectionism.

"Alterations in the atmosphere surrounding the [RCEP] negotiations can be one of the reasons for forcing discussions," Chen believes. "Everyone has faced the one-sidedness of Trump's policy. This applies not only to China; in fact, this is a common problem. After the US withdrawal from the Trans-Pacific Partnership (TPP), multilateralism lost its relevance for Washington. [The US's] unilateralism imposes heavy pressure on every country, including Japan. [Tokyo] is facing the problem of how to negotiate with the US. I believe that we are running late for integration."

© AFP 2020 / STR
New Trade Pact: What Answer do Asian Economies Have to Trump's Tariff War?
The Chinese economist opined that Asian nations have to abandon a narrow-minded approach to the problem and embrace a new regional economy: "I call this geo-economics," she said. "It is very important. I believe that a breakthrough can be achieved at the beginning of the next year."

She noted that while Trump pursues his own goals, Asia must follow suit and focus on its own economic development. This should allow the regional players to conclude the RCEP agreement in 2019.

Ekaterina Arapova, a researcher at the Moscow State Institute of International Relations (MGIMO), echoes Chen's stance. According to the Russian scholar, the US trade war is pushing China to initiate more active integration with its Asian partners and stimulate negotiations within the RCEP framework.

"Actually, the recent actions by the US administration, including the sanctions war against Russia and the US withdrawal from the TPP, indicate, first and foremost, that the present system of global trade regulation, led by the World Trade Organization (WTO), does not exercise its functions. In these conditions, other players, especially such large countries as China, are concerned about the chaos that has engulfed the world trading system. Therefore, they are trying to find some alternative mechanisms for global or regional trade regulation."

© AP Photo / Aaron Favila, Pool
China Seeks Trade Increase With ASEAN Amid Dispute With US
The researcher emphasized the recent thaw between China and Japan, which could also contribute to the RCEP talks. Japan has lost huge opportunities due to Washington's pullout from the TPP: Tokyo planned to use the vast US market within the framework of the TPP, thus solving a number of its internal economic problems, Arapova remarked.

Japan still needs large and capacious markets and China is one of the most viable alternatives, she noted, suggesting that Beijing will strongly urge Japan to seek compromises and mutually acceptable solutions in the negotiations on RCEP.

Observers believe that the progress in creating a new regional integration mechanism will largely depend on China and Japan, the world's second and third-largest economies, as well as their collaboration with South Korea.

Trump's protectionist measures have prompted Japan to jump on the RCEP bandwagon: In early July, Japanese Prime Minister Shinzo Abe called for an early conclusion of the agreement, urging the leaders of 16 Asian nations that gathered in Tokyo to speed up negotiations.

"As we are faced with concerns of the rise of protectionism in the world, all of us in Asia must unite, and our future depends on whether we can keep hoisting our flagship principle of free and fair trade," Abe said.

© Sputnik / Iliya Pitalev
How Asia is Forming the World's Largest Economic Bloc in Response to Trump's Trade War
Commenting on the latest round of the RCEP talks, which took place in late August in Singapore, Singapore's Minister for Trade and Industry Chan Chun Sing underscored that the negotiations had made "good progress."

The RCEP is a proposed free trade deal between 10 members of the Association of Southeast Asian Nations (ASEAN) and six Asia-Pacific countries, namely, Australia, China, India, Japan, South Korea and New Zealand. The talks on the free trade agreement were formally kicked off in 2012 during the ASEAN summit in Cambodia.