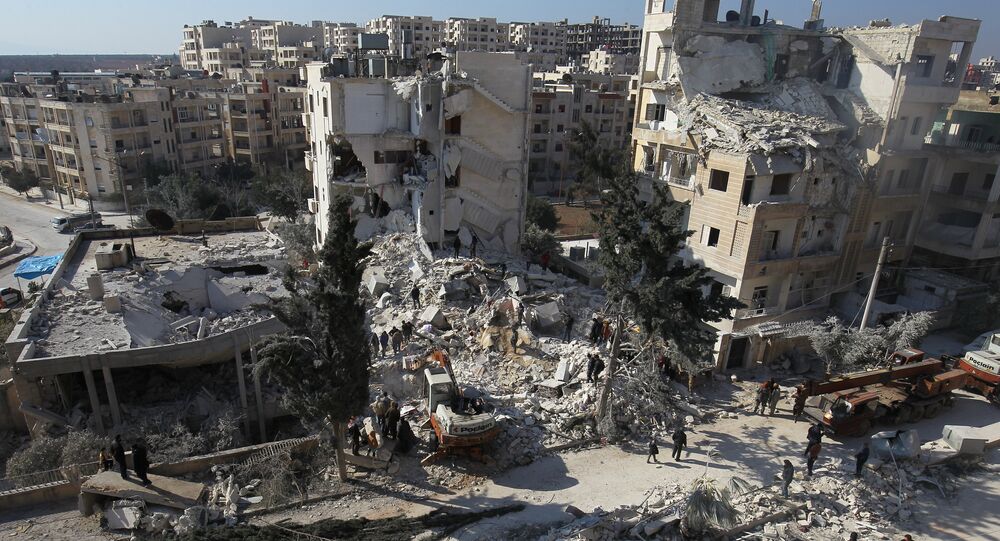 Sputnik: There are repeated warnings by the Syrian and Russian officials on possible provocations in Syria. They've been there for the last couple of weeks; nothing has been forthcoming. What's your take?

Christopher Oldcorn: It's typical American and British imperialism. Right now they need some sort of pretext to be able to attack Syria. Idlib is basically the last stronghold that the terrorists have in Syria. Somehow, so far, Assad and his Syrian Army have defeated the US and UK in this proxy war but Idlib is their last stand. If Assad can free Idlib, there is no foothold left in Syria for the Western countries. So they need to host some sort of false flag chemical attack to get the public support that they need to attack Syria. They need to paint Assad as some sort of animal, gassing his own people. Then the US and UK can bomb Syrian military installations and anything else they want. But why is he providing safe passage on the humanitarian route out of Idlib if his plan is just to kill his own people? It makes no sense.

Sputnik: What is your opinion about the timing of these warnings? Why is this information being released prior to the liberation of Idlib?

Christopher Oldcorn: Apparently, every time the war is almost over and Assad will finally liberate all of Syria, apparently, the best thing he thinks he can do is a chemical attack on the people he is trying to liberate, which would give the Western public the information it needs to attack Syria. Everyone who sort of buys this Western corporate media story on Syria has a major logical thinking problem.

Sputnik: Now if these claims are true then, in your view, who would support provocations against the Syrian government?

Christopher Oldcorn: Yeah, I mean, here is the Douma chemical attack for permission to hit both military and pharma facilities. What most people don't know, because it really wasn't reported particularly in the Western media, was some of the facilities that they bombed after Douma were an aspirin factory and a cancer drug factory. They weren't making chemical weapons, I mean there were people going through the rubble looking for survivors. If they were making sarin gas there those people would be dead, not looking for survivors, when they went in to look for survivors in the building. I think they are trying, now that they have control over the largest military on the planet, with UK backing, to get some money back for all the money that they are spending on lobbying. But Syria now has to buy those drugs from outside companies and all the big pharma companies are either British or American. No one is reporting that. Yes, they did bomb some military installations when the US and UK did their response to the Douma attack the day before, like the inspectors were supposed to arrive and no one is really reporting on that. And now I find it very-very interesting.