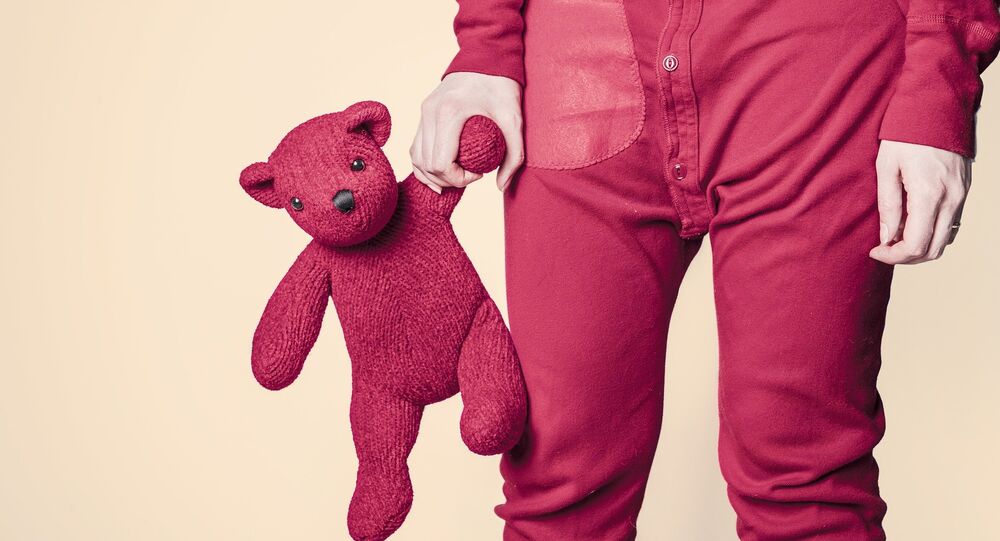 'If the Public Knew What Child Abuse Pics Show, They'd Be Up in Arms' - Academic

According to Dr. Bernard Gallagher of the University of Huddersfield, the UK government is doing a poor job when it comes to protecting children online from sexual abuse and exploitation.

The issue of keep children safe from online grooming an other forms of abuse took center stage on Monday, as the UK Home Minister Sajid Javid delivered a speech on the matter.

Mr. Javid spoke about abuse figures by national agencies, stressing that "sexual abuse is taking place in family homes; on our streets; in our communities; and in institutions across our country."

#ChildSexualAbuse is a serious international problem – and we’re working together with our overseas partners to combat it. pic.twitter.com/PMi3LBVZk9

Sputnik: Is the UK government effective in its ways of tackling child abuse online?

Dr. Bernard Gallagher: Overall, the response to the online child sexual abuse is quite lamentable. It is a very poor response. As Sajid Javid said himself, there are 80,000 individuals, minimum, who pose a threat to children. Why on earth do we have a situation, where there are probably hundreds of thousands in the UK — if we knew about all of them — who present this risk to children? The government doesn't do anywhere near enough to tackle this problem — a large part of it is due to funding.

In my research, I found the UK police were faced delays of sometimes 1-6 months before they could examine the digital equipment as part of their investigation. They may have an individual, they suspect of grooming a child or downloading images, and they have to examine this person's equipment but they were facing delays of months. How can that situation be allowed to exist? I'm sure it is the same or worse now. In that time, children might be continuing to be abused.

The police are very dedicated to do the work — they just don't have the resources.

Sputnik: Internet giants were mentioned in Mr. Javid's speech as he expects them to get the horrific content" off their platforms and "do more." Are tech giants doing enough to tackle child abuse and exploitation online?

Dr. Bernard Gallagher: Internet companies are not doing anywhere near enough. It strikes me as very interesting that they have such a low profile in this area. It reinforces the impression that they are doing very little. There might be different reasons for that — they don't care enough and are more concerned about making money or they have misplaced priorities and think the privacy of their customers takes precedence over the protection of children. Clearly that's wrong, the protection of children takes precedence.

The abilities of tech companies are changing. Sajid Javid might have been referring to images when put on internet — having a unique number attached to them. If someone sends that image to somebody else, there is a way of tracking the images. So the companies could be doing searches for these images, detecting them and deleting them.

The threat of online #ChildSexualAbuse has evolved quicker than the tech industry’s response to it, says Home Secretary @sajidjavid: “I am not just asking for change, I am demanding it.” pic.twitter.com/ruj732LleQ

We've heard it before, we're hearing it now and we will hear it next year. It is not good enough that the government ministers keep making these announcements. If the general public had any idea as to what these images show, even the slightest idea — they would be up in arms. But in some ways the government and these technical companies get away with it because the general public doesn't appreciate how horrendous the problem is. There would be pictures having sex with babies and committing physical abuse of babies.

Sputnik: Mr. Javid said in his speech there will be "no no-go areas of inquiry" and he won't let "cultural or political sensitivities get in the way" of understanding the issue of child abuse in the UK. Is there an established patter of the ethnicity of perpetrators in Britain?

© CC0
Sex Grooming Gangs in UK: Society Protects Perpetrators, Not Victims – Author
In what's called street grooming of largely teenage girls, a lot of that seems to be carried out by men of South Asian origin. It might be that these men besides committing abuse are guilty of racism by targeting white girls. Also, another concern is that difference agency workers and practitioners have been accused of turning a blind eye to this abuse because of misplaced cultural sensitives. On the other hand, the police are accused of being racist and picking on Asias, Muslims and black people. If I was a police officer, I'd feel that I couldn't win because sometimes I'm told I am turning a blind eye on abuse by Asians and sometimes I'm told I am being a racist.

In online cases of grooming and abuse, a lot of these individuals are white men. Why don't we bang about white men grooming girls online? It is important to keep the issue of race in perspective but ultimately what matters is what these men are doing — abusing girls and boys.

Sajid Javid's speech is a government signal to the policing authorities they shouldn't be afraid to conduct investigations. It is important if people are doing it.