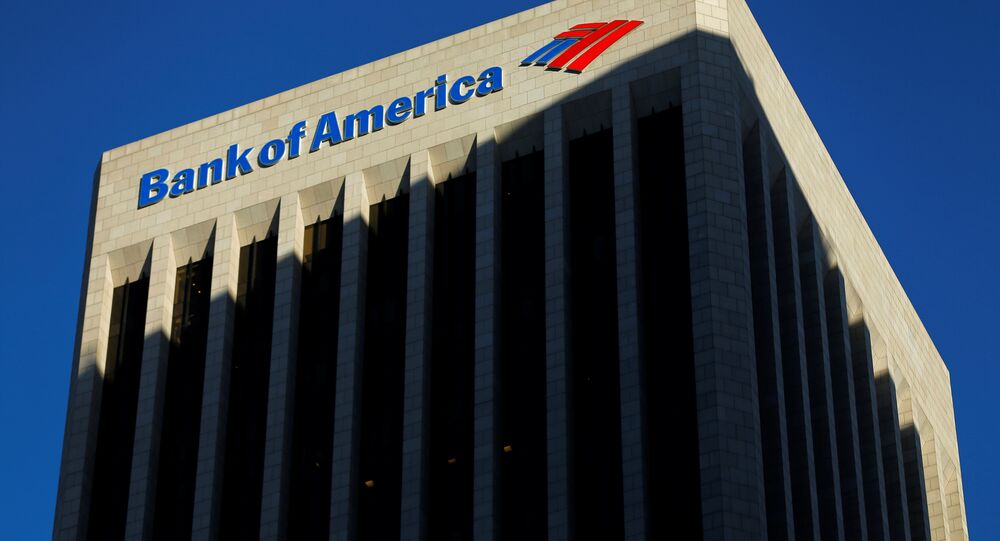 A growing number of people are reporting that Bank of America has either frozen or threatened to freeze their accounts if they don’t provide the bank with information about their legal status in the United States. But as outrage grows, the bank has begun unfreezing accounts, admitting there’s no law or regulation requiring the practice.

Numerous reports have emerged in recent months relaying an eerily similar story: customers with Bank of America accounts have been receiving spam mail-like messages from the bank demanding certain information about their citizenship status or rejecting the once-typical documents and forms they'd submitted, telling them their accounts had been locked or would be imminently locked until they provided such information. Customers have been unable to pay rent, have had their credit card payments rejected and have been forced to cancel trips at the last minute for fear of being caught in a strange town strapped for cash, to say nothing of their reported humiliation and frustration.

When the Kansas City Star ran a story about one such case in July, it contacted Bank of America for an explanation.

"Like all financial institutions, we're required by law to maintain complete and accurate records for all of our customers and may periodically request information, such as country of citizenship and proof of U.S. residency. This type of outreach is nothing new," Bank of America told the Star in a statement on July 28. "This information must be up to date, and therefore we periodically reach out to customers, which is what we did in this case."

On May 11, the US Treasury's Financial Crimes Enforcement Network introduced new "customer due diligence" rules, part of the Customer Identification Program begun by the USA PATRIOT Act in 2003, requiring banks to collect customer information, according to its discretion. The Treasury claims this is necessary to combat money laundering.

"However more transparency in beneficial ownership is only one method of mitigating the specific risk posed by a customer, and the covered financial institution may find that other means of mitigating risk — such as enhanced monitoring or collecting other types of information from the legal entity customer (such as expected account activity) — are more useful and appropriate," read one law firm's client alert from May viewed by Sputnik News.

However, the US Office of the Comptroller of the Currency, which regulates national banks, told the Star in July that a bank is only required by federal regulation to "form a reasonable belief that it knows the true identity of each customer" and have processes in place to develop a "customer risk profile." Proof of citizenship is not required to open a bank account in the US.

Likewise, when the Miami Herald contacted Bank of America for a comment for an article published this Thursday on another example of the practice, a bank spokesperson told the paper there was "nothing new" about their practices, claiming the bank had been collecting information about customers, including their citizenship, for over a decade.

It wasn't until affected persons started bringing public light to the institution's practices that they started getting their problems resolved. The Herald described one instance in which Cuban-American TV writer Dan Hernandez was locked out of his account and only got his problem settled by tweeting at Bank of America — leverage that settled his issue in less than an hour.

Bank of America's move to track its account holders' citizenship comes amid a steadily increasing amount of anti-immigrant sentiment in the wake of US President Donald Trump's election, whose populist politics have been built in large part on appeals to nativist sentiments, as well as moves by the government track the citizenship and nationality of Americans. In March, for example, a controversial question about US citizenship was added to the US 2020 census questionnaire, and in June, US Citizenship and Immigration Services began a crackdown on what it claims is the heavy use of fake identification to obtain naturalized citizenship.

However, "It's not the business of Bank of America to shut down someone's account," said Saeed Moshfegh, an Iranian PhD student whose account was locked by the bank. "Immigration officers are different from Bank of America — with a bank, I would like to feel respect… [and be treated] how they treat other customers. But they treat me as an alien."

Radio Sputnik's Loud & Clear spoke with Richard Becker, author of the book "The Myth of Democracy and the Rule of the Banks," about how and why banks are able to get away with practices that skirt the realm of illegality.

​"I think that we should look at Bank of America and the other big banks as really criminal enterprises," he told hosts Brian Becker and John Kiriakou. "They've engaged in so much criminality and so much of what is semi-legal but then is granted to them by a government that is really beholden to and subservient to the banks."

He noted how other banks have been caught engaging in all kinds of fraudulent and criminal behaviors, such as when Wells Fargo was exposed in 2016 as having created millions of unauthorized bank and credit card accounts without their customers knowing it and retaliated against workers who tried to blow the whistle on them, among a litany of other abuses of their customers.

"Time after time after time, we see this kind of activity by these big banks, and yet there's really nothing that happens to them. When they commit the most egregious forms of fraud, they're fined; later the fines are reduced, they apologize — and then they do it exactly over again because they know the fines will never, ever come close to the profits they make from all kinds of fraudulent activity."

"We don't know the scope of this," he said. "We need an investigation."

Richard Becker noted that the incredible size of the banks makes them impossible for the government to effectively regulate, and that the steady process of bank consolidation and centralization meant that no effective alternative could exist for very long.

"The banks have become so enormous — there were 16 banks that became four after the last crisis. Some people say, ‘Well it's better to go to a credit union,' and so forth, but they're usually very very limited in terms of convenience and availability and so forth. I think that what we really have to fight for is some way of bringing the people's control over the big banks. And that can only really be done by building a movement that says that the rights of people have to come first, over the profits of the big banks and corporations," he said.

"I think the banks are too big to fail, too big to exist as private enterprises. The banks need to be taken over and run in the interests of the people."