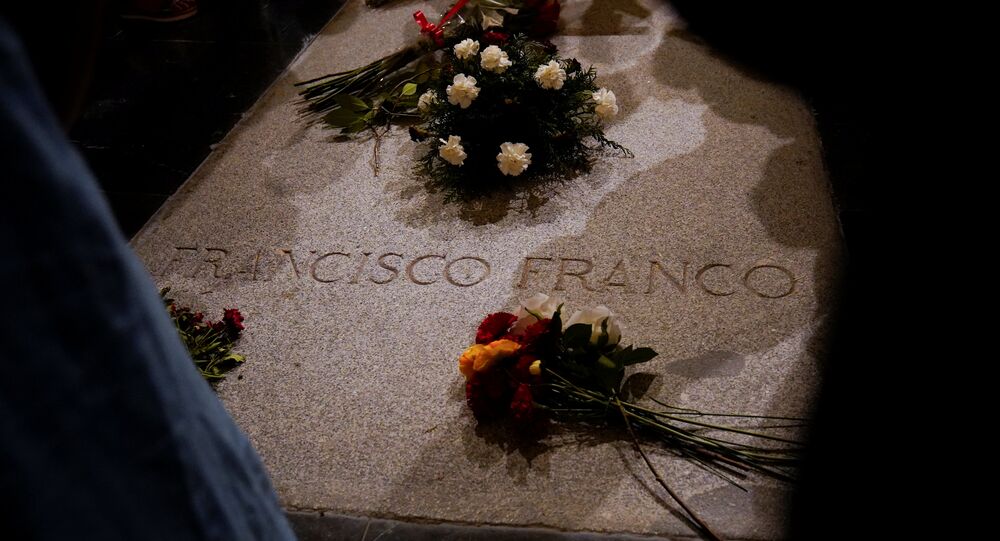 Sputnik spoke with Duncan Wheeler, Professor Of Spanish, at the University Of Leeds for more insight on the issue.

Sputnik: How much of an impact does the legacy of Franco have on modern Spain?

Duncan Wheeler: The issue with Franco is that it affects how a lot of people from in and outside Spain think about Spain.

Everyday people probably don’t think about it that much, but very politicised people would say that what’s happening is, that decisions made under Franco and the immediate transition period, continue to inform who has money, who doesn’t have money and how things operate. What Pedro Sanchez is trying to do symbolically but awkwardly, is trying to make this legacy come to an end.

© Flickr / Oh-Barcelona.com
Word on the Street: Spain Changes Franco-Era Road Names After Notable Women
Sputnik: How does the view of Pedro Sanchez contrast with that of Mariana Rajoy towards him?

Duncan Wheeler: They are hugely different. Rajoy would never go as far as actively praising Franco, but he would always stay clear of talking about the regime or criticising it.

They talk about it as kind of an old Spain and put it in a historical perspective.

Pedro Sanchez on the other hand appears to be arguing that as a nation, it is something that Spain should be ashamed of.

Views and opinions expressed in this article are those of Duncan Wheeler and do not necessarily reflect those of Sputnik.