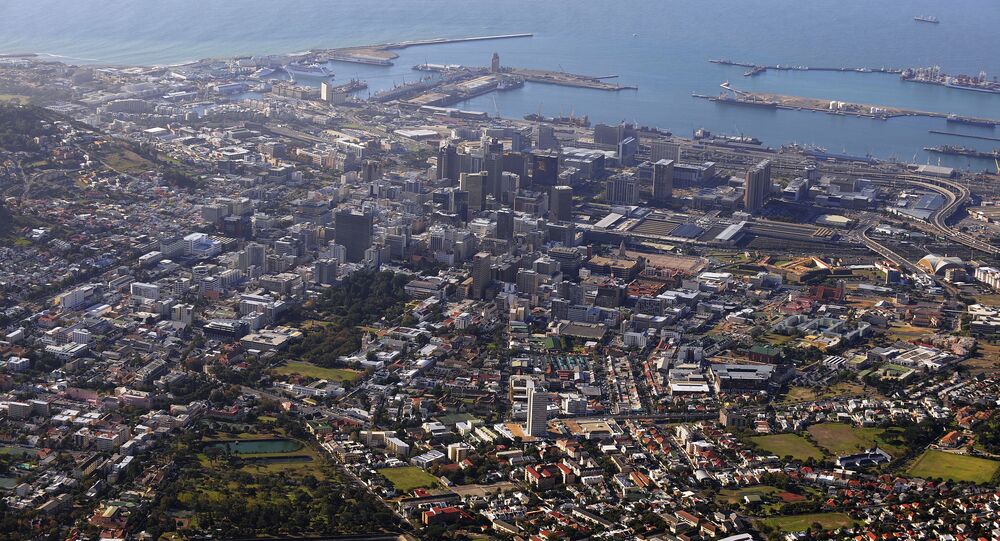 Theresa May has announced plans to boost Britain's investment in Africa after Brexit, during her first trip to the continent as prime minister. In a speech in Cape Town, she pledged £4bn in support for African economies, to create jobs for young people.

She also pledged a fundamental shift in aid spending to focus on long-term economic and security challenges rather than short-term poverty reduction. During the three-day trade mission the British Prime Minister has also announced aid for military support to Nigeria as well as build a cyber centre in Nairobi to help Kenyan police stop child abuse. Sputnik spoke to Keith Hart, Professor of Anthropology Emeritus at Goldsmiths, University of London about the prospect of UK trade deals in Africa.

Sputnik: What do you make of the trade deals announced with South Africa?

Keith Hart: South Africa is a reasonable target for investment. Britain is already the leading foreign investor in South Africa with 30% followed by the Dutch, they are limited.

Britain historically has been involved in financial investment. There is a very strong British presence but then one of the major considerations since the ANC came to power, is that capital flight has been enormous. The ANC were afraid of white capitals and what it would do to them and they gave them very liberal terms to export their capital and most of it went to London initially.

© AP Photo
What UK to Trade With Africa Is 'Very Difficult Question to Ponder' - Professor
Sputnik: Do you think Britain can achieve Theresa May’s target to be the biggest investor of the G7 in Africa by 2022?

Keith Hart: Well the fact is the US is not much of an investor in Africa at the moment. The main activities of the Americans in recent years have been to centralise and beef up their African military presence and organise various coups against incumbents.

China has been by far the largest investor, France has maintained its strong commitments to Africa, and it takes other forms of direct investment in the main. I don’t think it would be much of a task for Britain to join them.

Trump only mentioned Africa for the first time since he became President this week only then to raise some scare story about white expropriation in South Africa.

Keith Hart: Britain has one tremendous advantage speaking English in the Anglo formed countries, which as far as Nigeria, Ghana, Kenya and South Africa are concerned are the leading edge of the African economy.

All this depends on what you image the trade opportunities opening up. Half the population of Africa is under 20, by 2100 Africans are forecast to be 42% of the world population and more populous than Asia.

So the question is what kind of economy meets the needs of this incredibly expanded population.

Views and opinions expressed in this article are those of Keith Hart and do not necessarily reflect those of Sputnik.