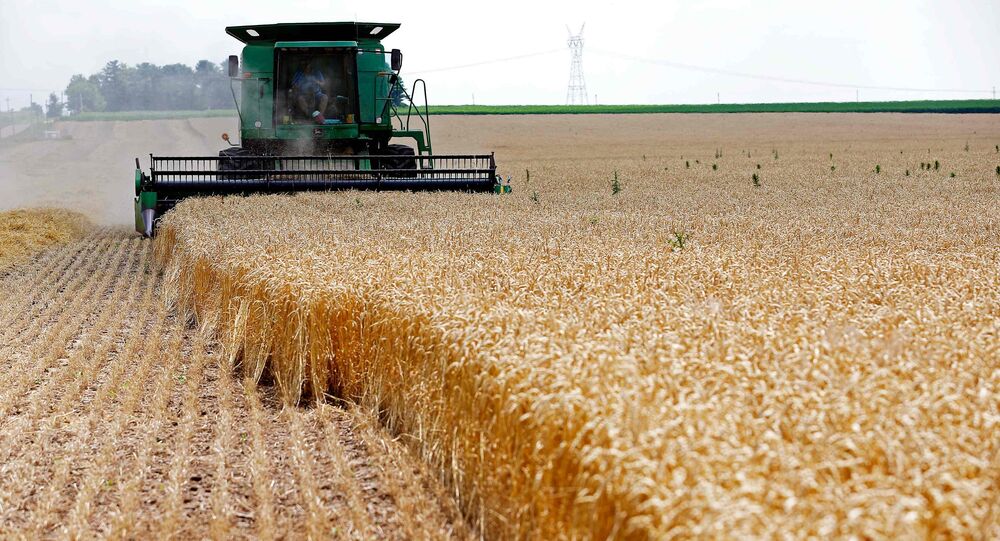 A new lawsuit being brought against the US Department of Labor alleges the government is letting farmers pay foreign agricultural workers in the country on temporary visas less than what US workers are making in the same area, which also drives down US workers’ wages, too.

Filed August 23 in a Washington, DC, federal court, Public Citizen Litigation Group has alleged on behalf of four lawful permanent residents and the Farm Labor Organizing Committee labor union that the Department of Labor has permitted growers to abuse the H-2A agricultural guestworker program and used foreign workers on temporary visas as a source of cheap labor, Bloomberg reported. The case is Garcia v. Acosta, DDC, No. 1:18-cv-01968.

Under the H-2A program, the Labor Department is supposed to ensure the hiring of temporary foreign workers doesn't displace US workers or reduce their pay or the quality of their working conditions. Employers must prove they pay temporary workers one of four wage classes: the highest of the adverse effect wage rate (AEWR), the prevailing hourly or piece rate, the agreed-upon collective bargaining wage or the federal or state minimum wage. The crux of the lawsuit is that the Labor Department isn't taking sufficient measures to monitor or enforce these requirements.

The suit identifies five specific instances in which employers hired workers under department-approved H-2A visas and then paid them significantly less than other workers in the same area, Bloomberg noted.

Justin Flores, vice president of the Farm Labor Organizing Committee (FLOC), AFL-CIO, spoke with Radio Sputnik's By Any Means Necessary Thursday about the struggle and the issues faced by farm workers.

​"Agricultural workers have been excluded from most labor and employment laws passed in this country, mainly because most of them were passed during the Jim Crow era and many agricultural workers were black workers back in that time, and now you add on immigration issues and status issues, and [that] makes it even more important that the government take these issues seriously," Flores told hosts Eugene Puryear and Sean Blackmon.

"But as trade unionists, we think all that is important and the government needs to do its job, but you know we see really the only solution to these issues as being organizing, even though we don't have the right to collectively bargain, finding creative ways to do so and bringing people together to stand up together and not as individuals so that we can really make some different changes, improve working conditions and wages."

The organizer said that while they are filing the lawsuit and the government needs to do its job, "at the end of the day, we see the real changemaker and the folks that really need to take responsibility as the folks purchasing these agricultural products, like Reynolds American, that buys tobacco on some farms where they pay over $11 an hour and some farms where they pay $7 an hour, some farms with good housing and some farms with decrepit, old abandoned housing; and they pay these growers the same amount for their tobacco," he explained.

"So they've created a system that incentivizes bad behavior, that doesn't guarantee basic human rights. And so while we are filing this lawsuit, and we think there's an important piece for workers, we continue to call on Reynolds and other big multinational corporations that really marginalize growers and workers and create a system where we're fighting each other for a dollar an hour, 50 cents an hour, while they're making billions of dollars in profits," Flores said.

Flores noted that the harvest time of many crops tended by the union's workers, such as tobacco, cucumbers and strawberries, comes in the heat of the summer, "when temperatures are regularly above 90 [degrees Fahrenheit] here in a field with no shade, and we're still fighting as a union to get some of the basic issues dealt with, like having enough access to water, having enough time to drink the water, having a 15 or 20 minute break once or twice a day — these are things that we're still fighting for."

He noted they see similar disparities between different growers in working conditions as they see in wages, and again placed the blame on companies who buy from them.

Flores noted that agricultural workers are "on the front lines" of climate change, facing serious health risks like high temperatures, the danger of which is only increasing as the planet warms and weather patterns are disrupted. However, he noted that "any extreme weather really hurts growers and workers. Just this season, we had massive rain followed by a month and a half of no rain followed by a couple weeks of massive rain. Any time there's hurricanes or unseasonably warm or cold weather, that really affects the crops, it really affects the growers, it affects the ability for workers to be out in the fields, making money, so those are important issues, and we really think that it's something that's not being taken seriously by this administration and even others that need to see how real this is."

Flores said FLOC has been pursuing Reynolds "on the question of workers' rights in their supply chain" for over a decade, having recently launched a boycott in April of Vuse e-cigarettes, one of Reynolds' key products, to put more pressure on them by asking convenience stores not to carry the products and consumers not to purchase them.

Flores told Sputnik that companies like Reynolds try to defend their tacit endorsements of the low wages paid to farm workers in the US by pointing out how much lower wages are on farms in other countries from which they buy, such as Malawi, and arguing that they're only responding to a global marketplace. However, he said that farm workers are organizing internationally, too, holding a global farmworkers' summit in South Africa in October to "figure out how, just like these companies collaborate around the globe, how we can do the same thing so that we're not being played off of each other and are helping each other."