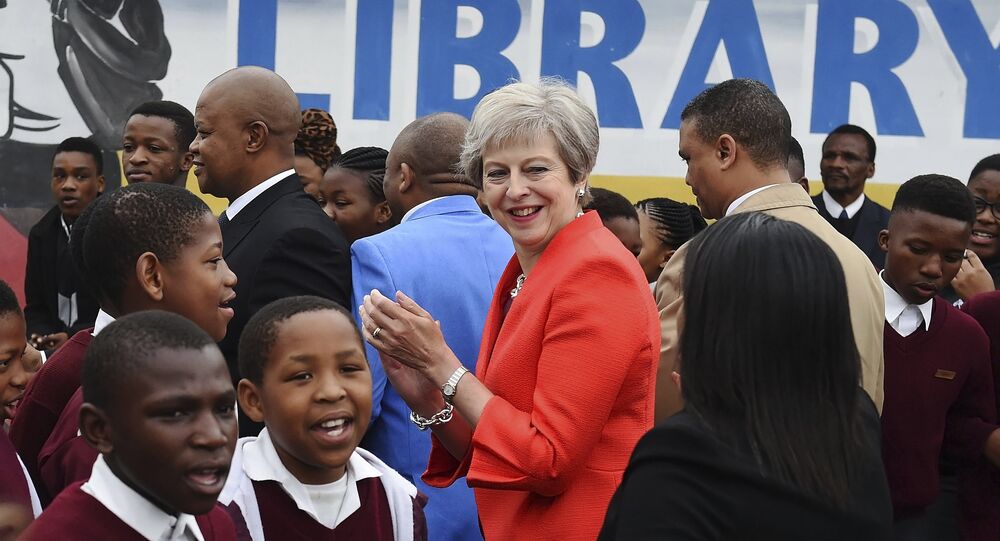 British Prime Minister Theresa May is aiming to forge new trade deals during her 3 day trip to Africa. Much still needs to be done domestically in order to placate her critics within parliament, who accuse her of making a hash out of the ongoing Brexit negotiations.

Is a no deal departure from the EU all but certain? And will the deals the UK makes elsewhere suffice whilst the nation finds its feet in the big wide world once more? Sputnik spoke with Stephen Chan, Professor of World Politics at SOAS, University of London for more insight on the issue.

Sputnik: How have economic and diplomatic relations between the UK and South Africa changed in the post-apartheid era?

Stephen Chan: In the post-apartheid era, with the opening up of the economy and the removal of international sanctions from many parts of the international community, the new economy of South Africa did very much involve Great Britain in its expansion.

In other words, Britain was very much able to benefit from the end of apartheid. It did have investments in apartheid era South Africa, but its interests have now very much grown since the release of Nelson Mandela and the end of the apartheid regime.

© REUTERS / Rebecca Naden
TV Reporter Puts UK PM May on the Spot in S Africa Over Apartheid Stance (VIDEO)
Sputnik: Can the UK compete economically in Africa with the likes of China as they seek post Brexit trade deals?

Theresa May is being extraordinarily hopeful that there can be anything like the volume of trade, that could replace what is now being conducted with Europe.

© AP Photo / Mohamed Sheikh Nor, File
UK Sends Over 60 Troops to Africa in Effort to Tackle Terrorist Threats
Not only that; it’s not just the volume of trade, it’s the regularity and surety of trade and of course, it’s very much to do with what we have that we can use as trade.

We can’t match the Chinese in the manufacture of electronics,  in fact we manufacture almost nothing that’s competitive internationally anymore, because we don’t really have a manufacturing sector of that sort. What we are going to trade with Africa is a very difficult question to ponder.

Views and opinions expressed in this article are those of Stephen Chan and do not necessarily reflect those of Sputnik.