Europe's resistance to Washington's tariffs and sanctions spree is growing steadily, Turkish analysts told Sputnik. According to them, the Trump administration's foreign policy is fraught with serious risks both for American allies and the US itself.

"We should react to the United States suddenly imposing uncoordinated and rather nonspecific sanctions against Russia, China, Turkey and in the future, perhaps, against other important trading partners," Maas highlighted.

© Sputnik / Kirill Kallinikov
Russia to Respond to New Set of US Sanctions on Reciprocal Basis - Lavrov
In addition, the foreign minister pointed out that the EU was working on the development of institutions independent from the US, in particular the European monetary fund, and the creation of a payment system that would allow business relations to be maintained with Iran.

According to Unver, the financial crisis in Turkey, which erupted amid Turkish-American tensions over Washington's sanctions against Ankara, seriously troubled Europe.

"As you know, Turkey is the sixth-largest trading partner of Germany," he said, adding that 3.5 million Turks live in Germany. "Turkey plays an important role for Germany, not only in terms of exports, but also in terms of tourism. All this suggests that the strengthening of negative trends in the Turkish economy and, in general, the destabilization of the situation in Turkey does not play into the hands of Germany and Europe as a whole."

The security analyst believes that the US will eventually isolate itself. He noted that on the one hand the US has declared its commitment to free trade principles, while simultaneously trying to hamper the globalization process.

"Washington's motivation raises big questions," he noted. "The US acts impulsively, its steps are devoid of logic and consistency. Trade wars, the erection of walls, the imposition of sanctions and the policy of protectionism do not meet the current realities. We live in a neoliberal world, and there is no sense to resist this." 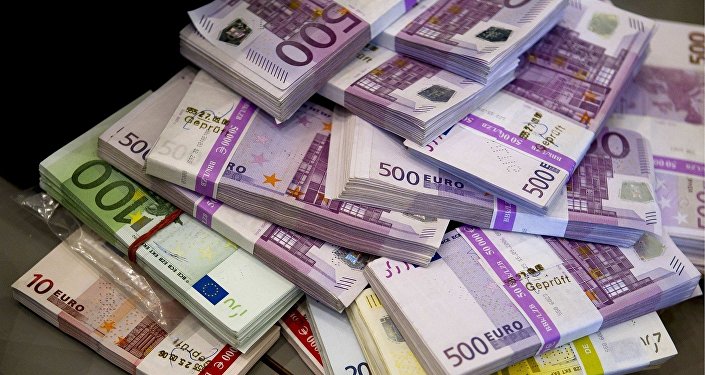 © CC0
Berlin, Paris Eye Fiscal Tool to Sidestep US Sanctions – French Finance Minister
According to Unver, the Trump administration's inconsistent foreign policy has not only backfired on Washington's longstanding allies but on the US itself.

For his part, Hakan Gunes, a lecturer at the faculty of political science of Istanbul University, has drawn attention to the fact that the German foreign minister had mentioned Turkey alongside with Russia and China.

"Although I do not believe that [Maas's] criticism towards the United States will turn into concrete actions in the near future, Germany's reaction has indicated serious discontent with Washington's policy that has been accumulated in Europe. This was manifested, for example, by the fact that the European countries did not join the new US sanctions against Iran," the Turkish academic elaborated.

According to Gunes, there is disagreement between the US and major EU member states on both Iran and Russia issues. He opined that the resistance to Washington's pressure among European countries is increasing steadily.

In May 2018, the Trump administration unilaterally withdrew from the Joint Comprehensive Plan of Action, also known as the Iran nuclear deal, and announced the resumption of sanctions against Tehran. On August 7 the first batch of sanctions entered into force. The same month, Trump doubled US tariffs on steel and aluminum against Turkey sending the country's national currency lower and triggering nothing short of a lira crisis. Washington's tariff war against China has been steadily gaining pace since June 15. In addition, on August 27, the White House imposed the first round of anti-Russian sanctions over the alleged poisoning of former spy Sergei Skripal in the UK in March 2018.