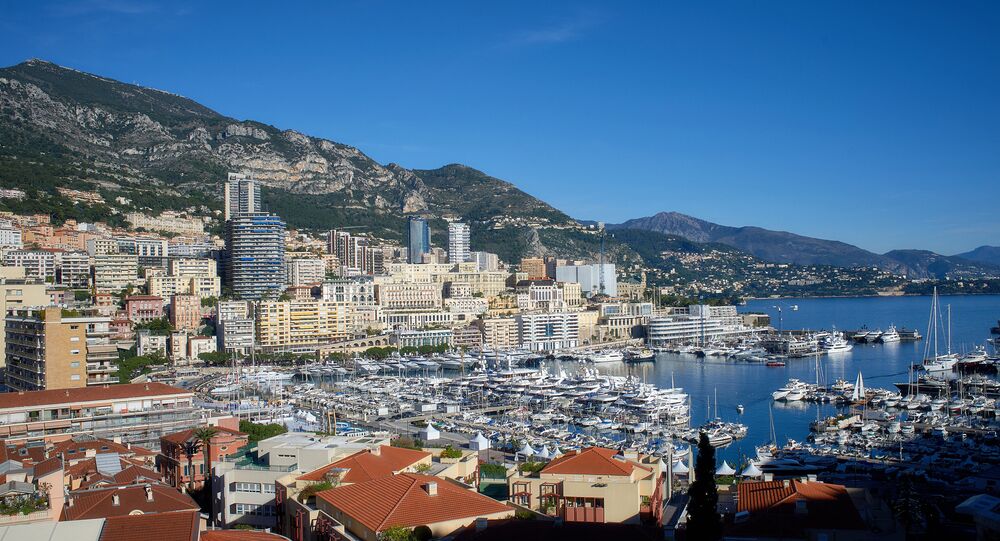 Around 2,000 millionaires - many of them billionaires - call Monte Carlo their home and avoid paying billions of euros in tax. Sputnik spoke to the UK Socialist Party's Deputy General Secretary, Hannah Sell, about why France and the European Union have done nothing to combat this tax haven in the heart of Europe.

Earlier this month Britain's richest man, Sir Jim Ratcliffe, announced he was relocating to Monaco, the tiny principality in the south of France which offers tax-free status to wealthy tycoons.

The owner of chemicals firm Ineos is estimated to be worth £21 billion (US$27 billion).

Hannah Sell, Deputy General Secretary of Britain's Socialist Party, said it was obscene that people like Sir Jim were able to live in the heart of Europe without paying any income tax.

​'Monaco A Symptom of Global Divide'

"It's outrageous…the richest eight people own as much as half of the world's population. We've never had such a divide between rich and poor and Monaco is just a symptom of this divide," Ms. Sell told Sputnik.

Estate agent Knight Frank recently estimated by 2026 Monaco will have 2,700 millionaires living within its borders.

Time to dig this one out again. It’s an old photo but the message is still applicable:

Lewis Hamilton wraps himself in the Union Jack before heading back home to his Monaco tax haven. pic.twitter.com/Us5vJuNCGe

The sovereign state of Monaco is surrounded on three sides by France and it has been in a customs union with the French state since 1865.

This customs union was renewed in 1963 after France's President Charles de Gaulle blockaded the enclave and threatened to invade unless it accepted direct taxation of exporting companies and French citizens residing in Monaco.

The crisis was at the center of a widely-panned 2014 Hollywood movie, Grace of Monaco, starring Nicole Kidman.

Prince Rainier of Monaco backed down and the two countries signed a tax convention which meant French people who moved to Monaco after October 13, 1957 were eligible to pay French income tax.

But this does not affect the nationals of any other European Union and as a result Monaco has become a magnet for British, German, Italian and many other EU multi-millionaires seeking to pay zero income tax but still wanting to live in mainland Europe.

"Globally the super-rich make up 0.0001 percent of the population but they have vast amounts of wealth and do anything they can to avoid paying tax. Governments act in their interests and let them get away with it. It's true of the British government and it's true of the EU," Ms Sell told Sputnik.

She said nurses and firefighters and other public sector workers in Britain "earned a pittance" and had seen their wages fall in real terms since 2008 and while they carried on paying taxes the super-rich always found a way to avoid paying what they owed.

"But people will not keep accepting it. Reading Hello magazine and admiring the fur coats of these people will not make them content. You are going to see people getting angry and getting organized," Ms. Sell told Sputnik.

Monaco Has Used Euro Since 2001

In 2001 the euro was introduced in Monaco and anyone living or working there would find life almost indistinguishable from life in nearby Nice — except there is no income tax.

Monaco and the EU signed a new tax transparency agreement in 2016, which was designed to insure "both sides are better equipped to detect and pursue tax evaders."

"Today's agreement reinforces Monaco's commitment to international tax transparency standards. The EU and Monaco have today sent a joint clear signal: we are allies when it comes to tax transparency and allies in the fight against international tax avoidance and tax evasion," said Pierre Moscovici, Commissioner for Economic and Financial Affairs, Taxation and Customs at the time.

This is Jim Ratcliffe best known for his Union busting at Grangemouth in Scotland in 2013. He is Britain's richest man who has amassed £21billion. He is head of INEOS and Chief Fracker. He has now decided to move to the tax haven of Monaco..few are more unloved than him! pic.twitter.com/j0eHgpps7Y

Ms. Sell said the EU's "neo-liberal" directives benefited companies and the rich at the expense of the "working class" and she said the Socialist Party believed Brexit could be good for working people in Britain and pointed out most of the Remainers in the Labour Party were from the right wing of the party.

Sir Jim moved Ineos from the UK to Switzerland in 2010, saving the firm an estimated £405 million (US$521 million) in tax, but moved the company back to Britain in 2016 after the Conservative government cut corporation tax.

Monaco Reclaiming Land From The Sea

Monaco is so small it has been forced to begin work on a $2.3 billion project to reclaim 15 acres of land from the Mediterranean in order to find room for its wealthy new residents — who make up 35 percent of the population.

The principality is only 2.2 square kilometres in area — smaller than the Square Mile financial district in London or New York's Central Park.

Last year Oxfam produced a report, Opening the Vaults: The use of tax havens by Europe's biggest banks, which found eight EU banks were operating in Monaco.

"Eight banks (including all five French banks in the top 20) have 2,292 employees between them in Monaco, which is equivalent to more than 1,145 bankers per square kilometre, in a territory with a population of 40,000 inhabitants," said the report.

Oxfam said most of the bankers in Monaco were involved in "wealth management", in other words advising the millionaires and billionaires who live there on how to invest their money and how to avoid paying taxes.

'Sleight of Hand': Aristocrat Sues France for Tricking Him Over Monaco Throne