Japan and the US have begun wooing Sri Lanka in response to China's growing geopolitical role in the region, scholars told Sputnik. They explained that although Tokyo and Washington had vowed to boost the island nation's defense, their effort was part of a broader Indo-Pacific strategy.

Sri Lanka has found itself amidst a clash of regional interests between China, the United States and Japan, Da Zhigang, director of the Institute of Northeast Asia under the Heilongjiang Provincial Academy of Social Sciences, told Sputnik China.

"Sri Lanka is of strategic importance [for global players] lying on the way to Africa and the Middle East," Da pointed out. "In addition, Sri Lanka is an important hub in the Chinese Belt and Road project. China has invested heavily in ports and other infrastructural endeavors in this country. Under these conditions, it is clear that the US and Japan want to raise their level of cooperation with Sri Lanka in the field of defense." 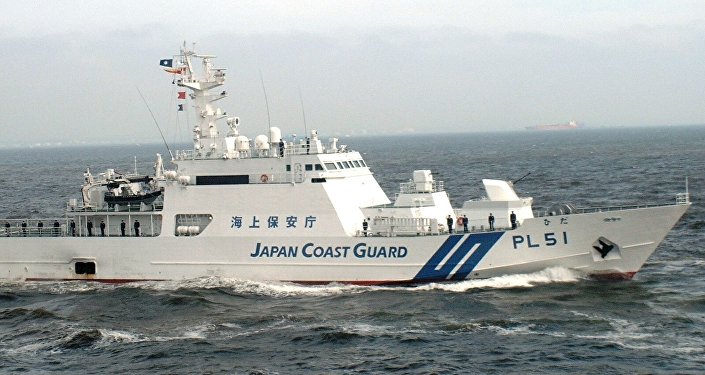 © Flickr / Times Asi
Japan, Sri Lanka Agree to Boost Maritime Security Cooperation
Japan has handed over two naval patrol boats worth over $11 million to Sri Lanka in a bid to boost the country's defense. A week earlier the US State Department gave $39 million to Colombo to strengthen the country's navy capabilities.

The announcement of Tokyo's military aid to the island nation came during a visit of Japanese Defense Minister Itsunori Onodera to Sri Lanka. Onodera has become the first defense minister of Japan to visit this country.

Agence France-Presse reported that Onodera had gone to see the port town of Hambantota, adding that in 2017 Colombo leased the port to China for 99 years. Hambantota is located on the world's busiest shipping route. Besides being an important hub for the Beijing-led Belt and Road initiative, the port provides China with a strategic foothold in the Indian Ocean — a region largely seen as within New Delhi's sphere of interest.

Colombo is trying to calm India's anxiety over the Chinese presence in its underbelly, asserting that Hambantota will not be turned into a Chinese military stronghold in the region. However, New Delhi foresees that the port could become a new supply base for the Chinese Navy.

"The actions of the US and Japan are closely connected with the Indo-Pacific strategy," Da said. "The Obama-era strategy of a new balance of power in the Asia-Pacific was reformatted under Donald Trump in the Indo-Pacific strategy. Japan is also one of the initiators and supporters of this strategy. One of the US-Japan alliance's goals is to expand geopolitical and economic influence, increase their security in Northeast Asia and the entire Asia-Pacific region, and also to contain China."

© Photo : Pixabay
Nepal Needs Both India and China for Speedy Development – Senior Fellow
According to the Chinese scholar, although Japan and the US had pledged to improve Sri Lanka's defense, their plans go far beyond that: Washington and Tokyo are seeking to establish their presence in key areas of the Indo-Pacific region in order to maintain control over the territory in case of a geopolitical emergency situation, which could happen in the future. Therefore they attach great significance to Sri Lanka, an important geostrategic point, Da explained.

Valery Kistanov, a researcher at the Institute of the Far East in Moscow, believes that Japan's recent move is a response to the growth of China's influence in the region. He echoed Da, stressing that Washington's Indo-Pacific strategy is primarily aimed at containing China. However, both the US and Japan are seeking to involve new players into their fold. Sri Lanka is one of those potential players, Kistanov believes.

According to the researcher, US-Japanese military aid to the island country is nothing but an attempt to exert pressure on Beijing and hamper the Chinese from increasing naval activities in the region.

For its part, Beijing is also trying to bolster military ties with Sri Lanka. In early August the media reported about China's intention to pass over its frigate to the country's navy. Besides, Beijing will reportedly continue training Sri Lankan soldiers and will build an educational center at the Diyatalawa Military Academy located 190 kilometers east of Colombo. The list of recent Chinese military supplies to Sri Lanka includes a Feinu-6 MANPADS, MA60 and Y-12 military transport aircraft, and type 062 patrol vessels. China also recently opened a military maintenance center for aircraft on the island.