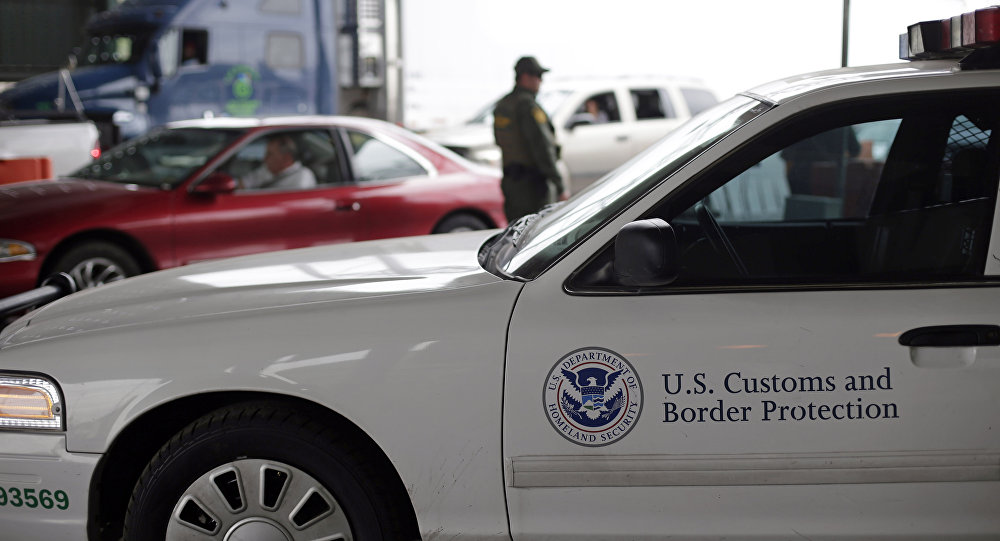 US President Donald Trump has blamed immigration laws in the country for the death of a young woman murdered by an illegal alien. Speaking at a rally in West Virginia the US president spoke about getting the laws changed and the need for more Republicans. Earlier, an undocumented immigrant was arrested in the presumed death of Mollie Tibbetts.

Sputnik has discussed this with Dr. Jessica Vaughan, director of policy studies for the Washington-based Center for Immigration Policy.

Sputnik: The US president has blamed immigration laws for the death of this young woman, what's your take on that? Is he correct?

Dr. Jessica Vaughan: I think the laws we have are fine. I think the appropriate blame should be on the government for not having better border security, on the Congress and previous administrations for not improving border security, because people are able to get into the country over our southern border with impunity and also find ways to settle here and work. And that's the other problem that we have.

It is still too easy for people who have arrived in the country illegally to get a job and to be able to live here without fear of any consequences for their flouting of our laws and that's a big problem too. The real magnet is the jobs, that's what the government should crack down on.

The Trump administration has announced that they are going to quadruple the amount of worksite immigration enforcement, that is to do four times more enforcement against employers who are hiring illegal workers and against illegal workers who are using false documents to get their jobs. This is a really important area that is just as important as border security.

Sputnik: How has the news and the media perceived this news, some experts noted that many media outlets chose to ignore the fact that the murderer was an illegal alien, what do you think are the main reasons for that?

Dr. Jessica Vaughan: It's true; there are some media outlets that have decided that they should not report this information because they believe that it makes people upset about our failure to enforce immigration laws and it makes people upset about the gaps in border security. But that is really doing a disservice to the public, to not report these facts, because a person's immigration status is often relevant to the case and how people view the case.

It doesn't change the fact that this young woman is dead now and her family is grieving and nothing can bring her back. I've spoken with many victims' families over the years and worked with them on bringing public attention to this issue, and they all feel that they want the public to know facts like this; if a perpetrator is in the country illegally, because they want to pressure the government to do a better job of enforcement and to make sure that this doesn't happen to anyone else, but unfortunately we're adding another victim's name to the very long list already of people that have been killed by illegal aliens.

READ MORE: Iowa Student's Killer Says He 'Got Mad,' Has No Memory of Her Death

Sputnik: How serious is the issue of illegal immigration that's the big question, if such incidents happen in a state like Iowa that does not receive many immigrants it's up in the North, near Chicago, what does it tell you about the situation in other states in the South of the United States, where the flows of migration are much higher?

Dr. Jessica Vaughan: I don't believe that illegal immigrants commit these kinds of crimes any more or less than anyone else, but the fact that they're here makes it more likely. Illegal immigration is not limited to the border states. Obviously, they have more of a problem, particularly, along with the border itself where the smuggling organizations and the drug cartels operate. So I think it is perhaps more likely in an area like that, but once illegal aliens cross into the United States, they don't stay in the border states and they don't necessarily stay in the places that have the most immigrants already. They spread out across the country to where the jobs are, and so that's why border security and enforcement of immigration laws is important in every state in the United States, not just border states.

Sputnik: Now we know that Donald Trump has mentioned many times the need for more Republicans to change the current immigration system, he was obviously very strong with regard to it during his run for the presidency, correct me if I'm wrong, I don't think anything has actually passed the State House in terms of initiation of new policy and legal strategy what's your take on this particular situation?

Dr. Jessica Vaughan: Well, I would hope that this case would remind the US Congress of the urgency of this issue and inspire them to come to some kind of an agreement on additional funding for border security. Particularly, the wall that the president wants to build in some parts of the border and also more funding for ICE (US Immigration and Customs Enforcement) to carry out deportations of people within the country that come to its attention. And there's only so much a president can do, especially when Congress controls the money.

So I think the public attention, in this case, is likely to get people to think about the issue a little bit differently, and I hope to add some urgency to it. The Democrats in the Senate are very much opposed to the president's agenda for immigration enforcement, but there are a lot of Democratic Senators who represent states where the people support the president on immigration. So they may realize that they should embrace the president's agenda and support it and go along with it, if they want to get re-elected.

Sputnik: What's you're feeling with regard to this particular tragedy, will it have an impact on the upcoming mid-term elections do you think?

Dr. Jessica Vaughan: I think it could. I think that there's going to be a steady flow of more information about this case that's going to hold the public's attention and that anyone running for re-election is going to be asked about it and asked what they're going to do about it; and that will make them confront it and they can't hide from the issue as easily, and they're gonna have to have some answers for the voters if they want to keep their job.

The views and opinions expressed by Dr. Jessica Vaughan are those of the speaker and do not necessarily reflect those of Sputnik.