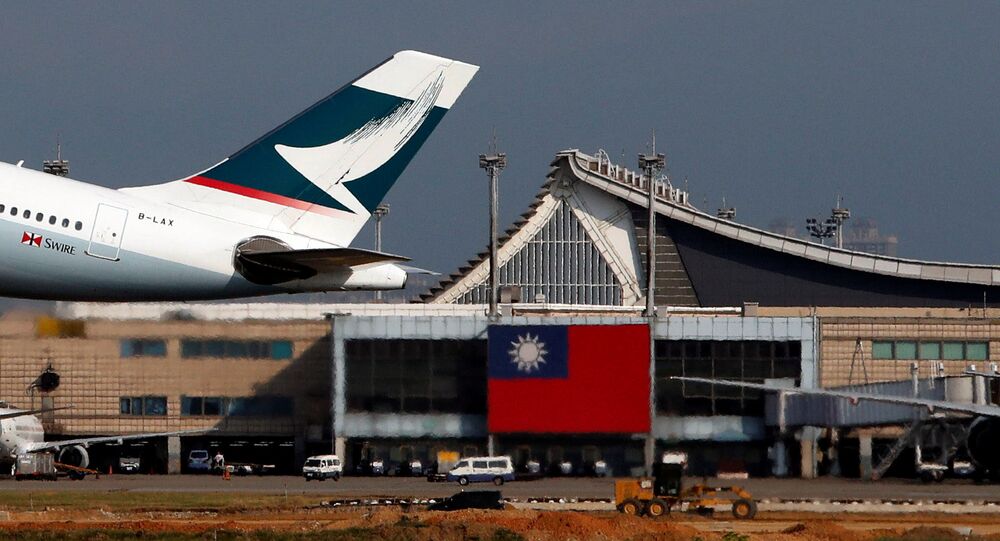 © AFP 2021 / SAM YEH
Journo on Why China's Expansion in Latin America Should Concern Both Taiwan, US
Sputnik: What caused the Central American nation to favor relations with Beijing over those with Taipei?

Ian Taylor: Well, it’s basically about money. The Chinese state in the last, say 20 years or so, their economy has taken off and they’re now, obviously, a global superpower, an economic superpower, of course. And the days of Taiwan being able to compete with China for recognition are over, really. Taiwan doesn’t really have too much to offer these small countries, all those countries which still maintain relations with Taipei and this is really just a kind of natural consequence, I think, of China’s growth and also a more aggressive foreign policy under Xi Jinping.

Sputnik: This is not the first nation to ditch Taiwan in favor of China; among those were the Dominican Republic and Panama, that are also in Central America, why is this region in particular interested in ties with China? Notwithstanding, what you’ve just told us, but there’s a precedent there with all these countries following suit, isn’t there?

Ian Taylor: Yes, there is. I mean, Chinese investment in Latin American in general has doubled since 2014. And Panama, as you know, they’ve got a large project in the Panama Canal or trying to build a second one as it were, and Central America is seen as a strategic link between North America, obviously, and the markets in the South. So what’s happening at this moment is it seems that China is essentially cleaning up the neighborhood in terms of moving Taipei out of the way and opening up official relations with these Central American countries. If a country maintains an official relationship with Taipei that does constrain China’s ability and Chinese willingness actually to engage with these countries in economic and, obviously, political terms. China’s got a very strong One China policy, that kind of went into abeyance in recent years and is a kind of live and let live, act cheaper. Under the current president of China this has clearly ended and China is now on the offensive and is trying to displace Taipei around the world; and they've been doing it quite successfully. Central America is one example. It is slowly moving into the orbit of China. There is now only four countries in Central America that still recognize Taipei, and it's cleaned up in Africa really. There’s only one country now that recognizes Taipei and that’s eSwatini or what we used to call Swaziland. So this more aggressive foreign policy is starting to work out and we've now seen manifestations of this.

© AP Photo / Andy Wong
Taiwan Says Beijing Stepping Up Pressure as El Salvador Establishes Relations With China, Breaks Ties With Taiwan
Sputnik: Do you expect any more countries to follow suit with regard to this pattern then?

Ian Taylor: I would imagine all of them are vulnerable from a Taiwanese perspective of moving to China. Nowadays, it doesn’t make any sense for any country to have exclusive diplomatic relations with Taipei at the expense of having official relations with an economic superpower. And if you look at the history of the relationships that ave been established by these existing 17 countries which still have relations with Taipei, a handful of them stretch back to 1930s, 1940s. And its been a continuation of a kind of anti-communist stance, recognizing the Republic of China, but the majority, nowadays, are countries which switched in the 1980s, in the 1990s during the period of dollar diplomacy, where effectively they were bribed by one side or the other to switch relations. And we had that phenomenon in the 1990s, of countries, particularly in Africa, just switching two or three times. So these are not exactly reliable best friends forever as it were, and I would imagine the all of these countries are now feeling the pinch and I would expect to see future switches in relations.