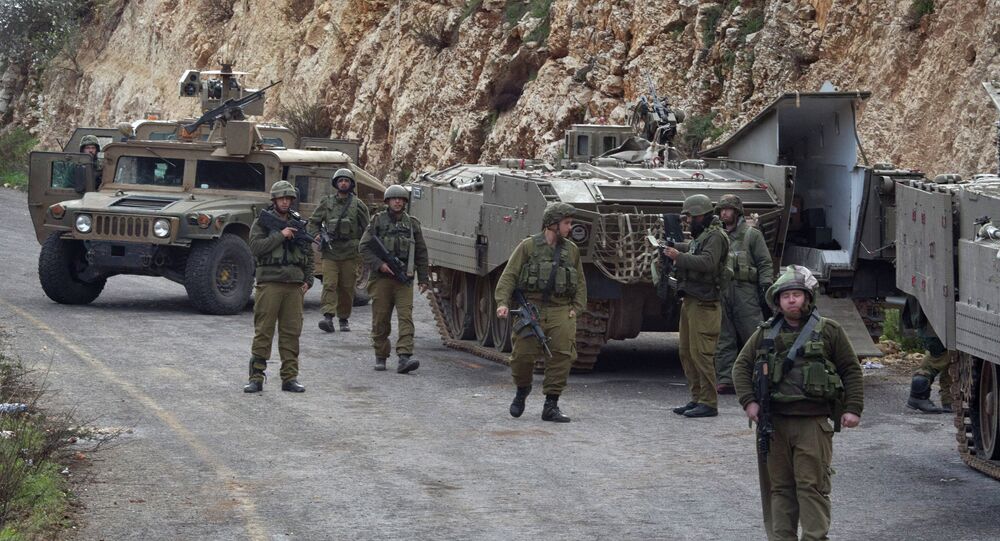 Tel Aviv is apparently seeking to team up with the Sunni Arab countries in the Middle East to crackdown on Iran. Speaking to Sputnik, Russian and Israeli analysts have shared their views on the possibility of Israel's admission to an "Arab NATO."

On August 1, Israeli Prime Minister Benjamin Netanyahu dropped a hint that Israel may join an anti-Iranian Arab coalition in the event Tehran blocks the Bab al-Mandab Strait, the southern entrance to the Red Sea.

"If Iran tries to block the Bab al-Mandab, I am convinced that it will find itself facing a determined international coalition to prevent this. This coalition would also include the state of Israel and all its arms," the Israeli prime minister stated.

Sputnik reached out to Boris Dolgov, a researcher at the Russian Academy of Sciences' Center for Arab and Islamic Studies and Simon Tsipis, a security analyst at the Institute for National Security Studies (INSS), Israel, asking them whether the Israeli-Arab coalition is possible.

According to Tsipis, the Israeli-Arab alliance is quite probable, especially when it comes to a confrontation with Iran.

"The possibility is absolutely real, because Israel, the United States and Saudi Arabia have a common interest — to confront Iran. At the beginning of his presidency, [Donald] Trump paid a visit to Saudi Arabia, demonstrating to the world that his policy would be aligned with the Sunnis, led by Saudi Arabia, and directed against the Shiite world, whose leader is Iran. The interests of [the Sunni Arabs and] Israel coincide here. Israel has long been in a very tense political confrontation with Iran," he explained.

© AP Photo / Jose Luis Magana
Analyst: US, Israel Formed 'Highly Professional Working Group' Against Iran
According to the security analyst, the Islamic Republic of Iran (IRI) and its nuclear program poses a direct threat to Israel. He believes that Tehran is escalating tensions in Syria by supporting militias on the ground and trying to "build infrastructure for future aggression against Israel from the territory of Syria." Tsipis emphasized that additionally "Iran supports the Hamas group which periodically attacks the Israeli Army from the territory of the Gaza Strip."

At the same time, he noted that Egypt and Jordan had signed peace treaties with Israel in 1979 and 1994 respectively, and maintained a so-called "cold peace" with Tel Aviv. Given all of the above, the prospect of an Israeli-Arab alliance is "absolutely realistic," Tsipis insists.

Moreover, the US and its Arab allies might need Israel's assistance in case of a potential confrontation with Tehran: "Israel boasts substantial naval, air and reconnaissance capabilities," he said. "Participants in the coalition, in particular the United States, would want to resort to Israel's help."

As for the Palestinian problem, it would pale in comparison with a "struggle against Iran," the Israeli security analyst opined.

"In both Jordan and Egypt, Palestinian minorities may oppose this alliance, but they pose no threat to the national security of Egypt or Jordan," he suggested. "The Palestinian issue would fall by the wayside, while the Middle Eastern NATO would become a priority."

© CC BY 2.0 / Israel Defense Forces / Brother's Keeper Operation in Judea & Samaria
‘Inciting Violence’? Palestinian Journalist Detained by IDF for Showing Its Troops at Work
Commenting on the possible conditions of Israel's participation in a potential anti-Iran alliance, Tsipis presumed that Tel Aviv could be obliged to "stop aggression against Palestinians who live, in particular, in the Gaza Strip," "lift the land and sea blockade from the Gaza Strip" and "open the checkpoints through which humanitarian supplies come to the Gaza Strip." These checkpoints were previously closed by Israel in response to missile strikes by Hamas.

"In my opinion, Israel will accept these conditions," the security analyst presumed. "First, participation in such a coalition would enhance Israel's prestige in the eyes of many countries of the Muslim world, since it would become a de facto ally. Second, the most important issue for Israel — the Iran problem — would be solved. Even if the IRI is not defeated, it would be significantly weakened in terms of military capabilities."

According to Tsipis, that would directly play into the hands of Tel Aviv who is seeking to reduce Tehran's influence in Syria and in the Gaza Strip.

Dolgov holds the opposite opinion. According to him, Netanyahu's statement is nothing but a propaganda stunt, since the Saudi-led Arab coalition would never bring Israel into its fold.

There is a Sunni-Shiite confrontation in the region," the Russian researcher said. "The Sunnis are led by Saudi Arabia, and the Shiites — by Iran. Iran is also opposed by Israel, who considers Tehran its enemy. As long as the Ayatollahs are in power, Israel will consider Iran its rival. An alliance between Israel and Sunni states, led by Saudi Arabia, is unrealistic. In the Muslim world, it would be perceived rather negatively."

© AP Photo
Trump's Envoy Warns Neither Israel Nor Palestine Will Like US Peace Plan
However, Dolgov did not rule out that Israel wants to throw its lot in with a potential "Arab NATO."

Still, even if the Arab states agree to join Israel in a potential alliance, they could demand that Tel Aviv solve the Palestinian problem — a condition Israel is likely to reject, the scholar presumed.

Israel and Iran have not maintained diplomatic relations since the Islamic Revolution of 1979. Over the past decades tensions between the countries have substantially escalated. For its part, Saudi Arabia severed diplomatic ties with the IRI following an attack on the Saudi Embassy in Tehran in January 2016. Saudi-Iranian relations have always been strained over geopolitical and religious issues. Although Tel Aviv and Riyadh do not have any official diplomatic relations, the Saudi Arabian leadership has recently softened its rhetoric towards Israel with Crown Prince Mohammad bin Salman "recognizing" the right of the Jewish people to have their own land.