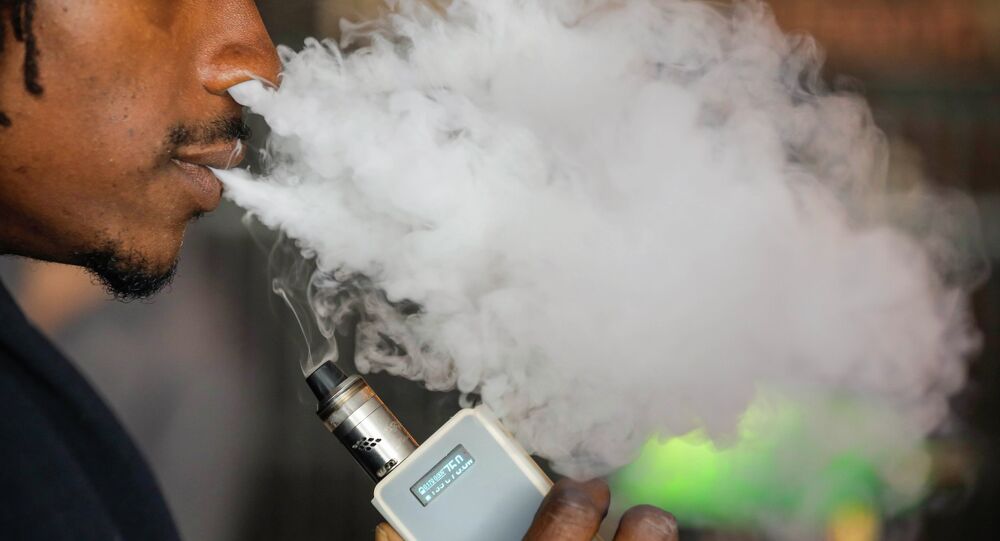 According to new research published online in the medical journal Thorax; E-cigarette vapour is found to boost the production of inflammatory chemicals and disables key protective cells in the lung, which would normally keep the air spaces clear of harmful particles.

This research marks a significant shift of opinion, revealing that E-cigarettes are far from being 100% risk free. Sputnik spoke to Professor David Thickett, at the University of Birmingham, about this story.

Sputnik: What are the significant findings from this report?

David Thickett: Essentially we found that the vaped condescends of this liquid is significantly more toxic to these cells then when you haven’t vaped the liquid and you add the liquid that’s not been vaped.

It reproduces many of the changes in those cells within 24 hours that you would see in smokers and patients with chronic obstructive pulmonary diseases (COPDs). Ultimately our suggestion is that the nicotine within the liquid seems to be largely responsible for that effect.

© Sputnik / Vladimir Pesnya
UK Police Warn Drivers Face Prosecution for Vaping at the Wheel
If you vape a nicotine containing fluid, much of those effects created by the nicotine stick to these cells. It could be that if you became a chronic vaper, so you vape for ten or twenty years — which is the same amount of time it takes to smoke cigarettes, you could be opening yourself up to getting chronic inflammatory lung diseases like COPD which is one of the biggest killers worldwide. We think people should have a cautious skepticism to vaping in that regard.

David Thickett: Are they safer than normal cigarettes, I think that undoubtedly true. They are safer. The liquid contains less cancer causing toxins than traditional cigarette smoke and the truth is we don’t really know about the long term, because they have not been around long enough and there isn’t a cohort of people smoking them, who weren’t previously smokers, in any large number.

© REUTERS / U.S. Navy
Denied: Navy Says No More Vaping on US Aircraft Carriers, Jets
It’s difficult to study people who are chronic vapers and that needs to be done. We need to do the research to work out if long term vaping, if people take this up as a lifestyle choice for ten or twenty years like cigarettes, if it’s truly safe. We need to be safe in my opinion.

Sputnik: What would you recommend to individuals smoking E-Cigarettes?

David Thickett: If you use E-cigarettes to transition from smoking and use them for a period of time to stop smoking, trying to rid yourself of a nicotine addiction, I think that’s fine.

If you smoke non-nicotine E-liquids where you’re not inhaling nicotine, our data suggest that’s less harmful. However, long term vaping will probably have some health effects that we don’t understand yet. By the time it takes us to get that data, it will too late for that cohort of vapors only.

Views and opinions expressed in this article are those of David Thickett and do not necessarily reflect those of Sputnik.