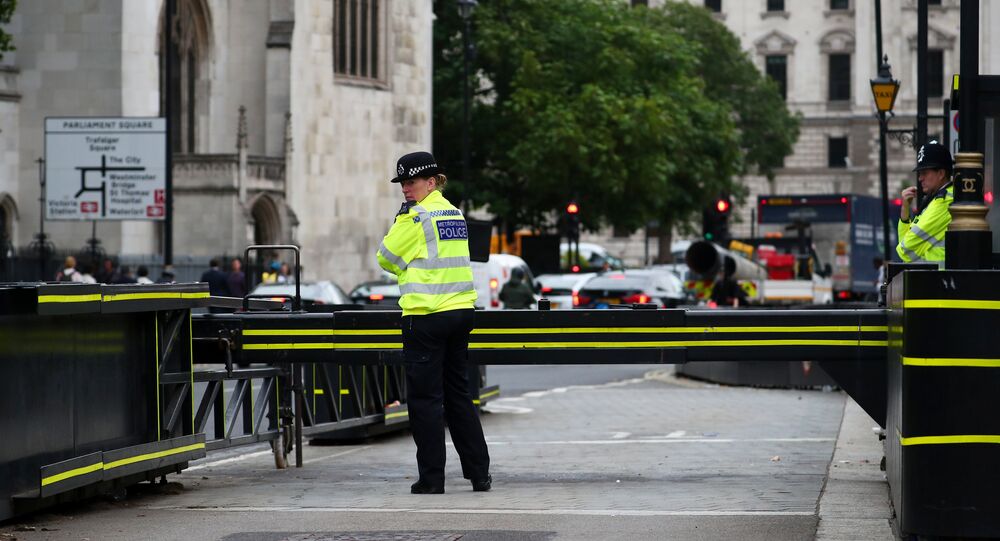 MOSCOW (Sputnik) - Media speculations challenging the citizenship of Westminster car ramming attack perpetrator reflect the "racist mindset," which rules out home-grown terrorism and suggests that Islam is incompatible with being a UK citizen, Frances Webber, the vice chair of the Institute of Race Relations (IRR), told Sputnik on Thursday.

"If you think back to 2005 you'll recall that was a time when the media immediately after 7/7 were all into this narrative about Muslim immigrants coming over here… It is an absolute reflex that they would challenge his citizenship… And also it is a way of saying that terrorism cannot be British, so he cannot possibly be British and, if he is, then he shouldn't be. It is just a racist mindset where, almost by reflex, people revert to that kind of mentality," Webber explained.

She added that such conjectures cultivated an outlook claiming that Islam was incompatible with the United Kingdom.

"It is all the same project, as in the idea that Islam is incompatible [with the United Kingdom], it is an alien culture and this is a clash of civilizations. So [such speculations are] yet another manifestation of that," Webber stressed.

On Tuesday, the UK Daily Mail Online news outlet reported that the Sudanese-born attacker came to the United Kingdom in 2010 and naturalized in the country two years ago. The news outlet at the same time reported, citing security sources, about alleged irregularities in his citizenship application.

© REUTERS / Henry Nicholls
Precedents, Parallels: The Westminster Attack's Social and Historical Context
The perpetrator of the attack, reportedly a 29-year old shop manager, who is believed to have grown up in Birmingham, set out for London on Monday night, arriving only to spend five hours cruising around Tottenham Court Road before being caught on camera seemingly deliberately driving at people outside of Parliament.

He was arrested at the scene by armed police after colliding with crash barriers designed to stop vehicles mounting the pavement. He was subsequently detained on suspicion of terror offenses and attempted murder and he has so far refused to cooperate under questioning.

Although the Home Office has so far refused to comment on claims by the Mail Online, the Birmingham Mail also repeated the claims, at the same time carrying a statement from Nassar Mahmood, the chairman of Birmingham Central Mosque, cautioning others about "appropriating guilt."