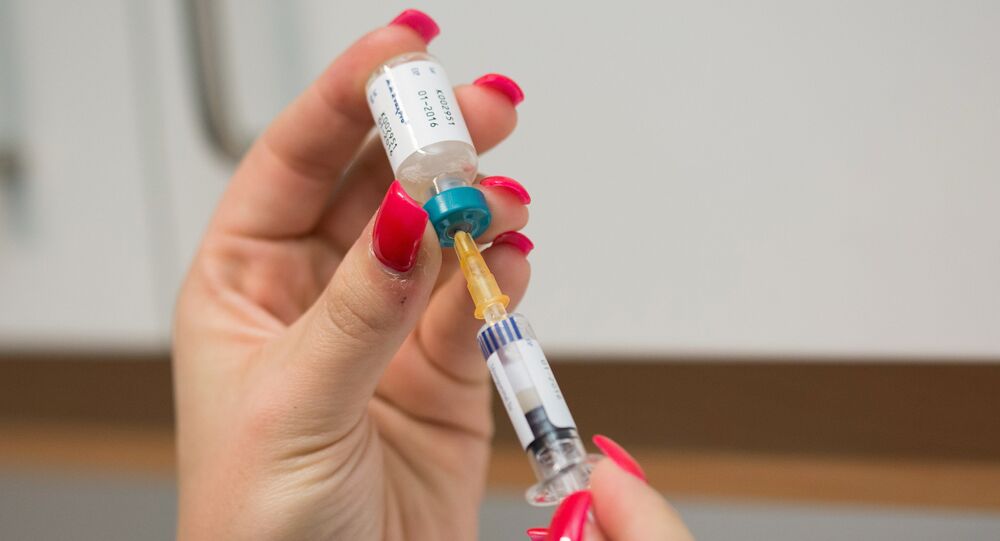 Italian society is divided as the country’s new upper house of parliament fights to reverse a law that bans children without vaccinations from attending school. The law that was adopted last year made vaccinations against 10 diseases compulsory and imposed a fine of up to ‎€500 for parents who don't vaccinate their children before the age of six.

Sputnik has discussed this with Professor Pier Luigi Lopalco from the University of Pisa, Italy.

Sputnik: So what is your take of the initiative of the upper house of parliament to amend the law on vaccinations that was passed last year?

© Photo : Pixabay
Italy's Suppression of Mandatory Vaccination: Wrong Signal For Europeans' Health
Pier Luigi Lopalco: I think it is not a very good idea. First, because these kinds of changes in the vaccination policy should be done slowly, should be well communicated, in this case, it was not the case. In this case, it was just one arm of the parliament that made an amendment of some sort of small piece of legislation, just canceling an initiative from the government that was meant to higher the vaccination coverage. So this can cause a lot of confusion.

In Italy, parents now don't understand why the government has made some vaccines mandatory and now the same government is changing their idea. It is not a political matter, this is a health issue.

Sputnik: It would almost seem like a political matter if the parliament is now wanting to backstep on its decision of just a year ago and can you tell us about the social pressure or the political pressure from members of Italian society?

Pier Luigi Lopalco: First of all, this is not scientifically substantiated at all. There is no link between vaccines and autism. In Italy, there is a movement that is making some propaganda on this matter, but they represent a very, very tiny minority of society. We've made some surveys to understand what the feeling is in society about vaccines and these opponents to vaccination are a tiny minority.

I'm talking about 1-2% of the parents that are ideologically against vaccination. This very tiny minority is very vocal and it is very active especially using social media. And social media now in Italy has a lot of penetration, has a very high penetration among society, so through the social media you can change the feelings and atmosphere and emotions of parents.

Sputnik: So what's the decision that was made last year, was that basically upheld by the majority of people?

Sputnik: There are 10 diseases that you need to vaccinate against in order to go to school, what are those 10 diseases?

Pier Luigi Lopalco: Ten diseases, but just two vaccines because I'm talking about six diseases that can be prevented with just one shot. It prevents tetanus, diphtheria, pertussis, polio, influenza infection, hepatitis B, and there are also four diseases that can prevented with one single shot: measles, mumps, rubella and varicella that now can be offered with the Priorix-tetra (MMRV) vaccine.

Sputnik: Going back to social media, when did this movement really start against vaccines, and where do you think it came from?

© CC0
China Cracks Down on Vaccine Makers Following Latest Scandal
Pier Luigi Lopalco: I think that the US is quiet a powerful source of this information because most of these Italian movements just copy-paste posts, blogs from the US. They translate them into Italian, but the source of this information probably came from the Anglo-Saxon world. I can tell you that these movements are very active in our country. They started to be so powerful because there was a tribunal in Italy a few years ago that granted some vaccine compensation to a family of an autistic child. So they gave this family compensation saying that their child was got autism because of a vaccine.

Sputnik: The law was passed during an outbreak of measles, and I understand that there was 800 cases more than the previous year…

Pier Luigi Lopalco: Measles is still an endemic disease in Italy. This means that this virus is somehow freely circulating among the population and this is because of low vaccination coverage. Measles is a disease that is under national target so Italy, as well as other European countries, should eliminate the local circulation of the virus.