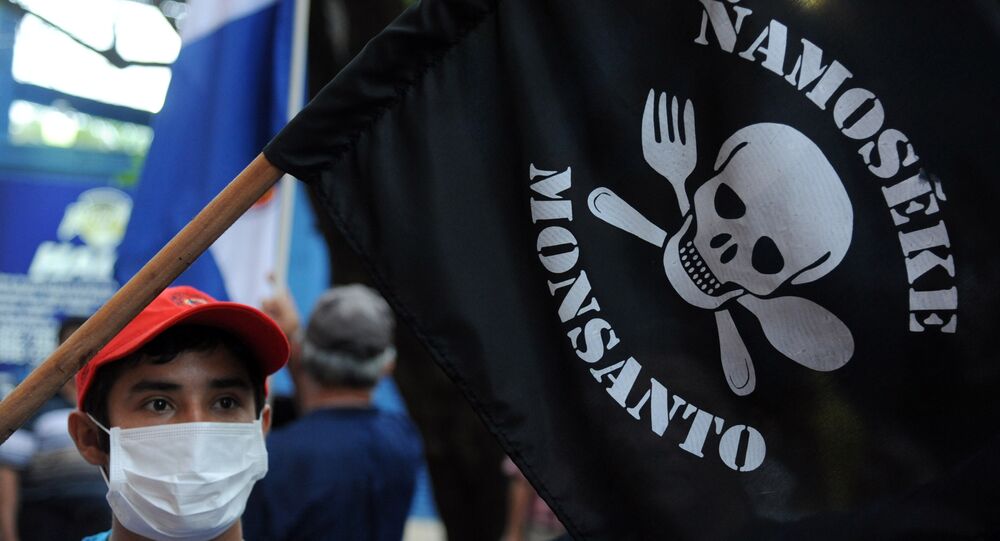 A Californian jury has ordered Monsanto, an agrochemical company, to pay $289 million to a man suffering from cancer caused by a product manufactured by the corporation. The jury concluded that the firm had failed to warn its clients about cancer risks associated with the product's main ingredient – glyphosate.

Sputnik discussed the significance of the case with Sheldon Krimsky, Lenore Stern Professor of Humanities and Social Sciences in the Department of Urban and Environmental Policy and Planning at Tufts University.

Sputnik: How landmark is this case, in your view? What boost could it give to other pending lawsuits against the corporation?

The judge in this case decided that it would not be a class action case; instead the courts have said that they’re going to rule these one at a time. In such cases like this you have to have a demonstration of two things.

Sputnik: Monsanto has more than once been accused of ghostwriting researches that whitewash their production; what’s your take on the company’s tactics with that?

Sheldon Krimsky: What we have learned in the past is that litigations have revealed documents to the public that would not have been revealed were there not what we call discovery documents during litigation. In the tobacco, lead and asbestos industries we have seen that these industries have manipulated science and have produced their own science to protect their products.

In this litigation I have studied the documents of Monsanto with another journalist and we have learned that they too have tried to influence the scientific process and the scientific community.

© REUTERS / Charles Platiau
Monsanto Ordered to Pay $289Mln to Dying Man for Causing Cancer – Reports
We have also learned from the litigation documents that they have tried to influence journal editors to retract papers that were not favorable to their product. These are some of the concerns as well as undue influence with American agencies that regulate these substances, like the Environmental Protection Agency.

That’s what their own internal documents reveal; and it doesn’t bode well for the way that the company has operated in the world of science and herbicides.

Sputnik: How can we fight corporate meddling in science to ensure that prophecies don’t come before scientific facts? What about the government’s control on this, why did they lack it in this particular sphere?

The better journals will refuse articles that have been ghostwritten and they will refuse corporate efforts to influence the outcome of journals. Unfortunately, there are still journals that don’t pay attention to conflict of interest, but we still have a way to go. Although there has been some success in the ethics of journal publications, as far as the secret of production of knowledge by corporations, it’s almost impossible to stop.

© CC0 / NNSA / Nevada Site Office / The BADGER explosion
Cancer Study May Win Fallout Victims Compensation for First US Nuclear Test
Scientists themselves have to operate with ethical principles that they will not accept the influence of journals on their publications. For example, in my university, if you accept a contract or a grant from a corporation, it cannot come with any provisions that we would allow the corporations to influence the outcome of our studies.

We would not allow the corporations to determine whether we publish the results or where we publish the results. The autonomy of the investigator must be considered foremost; and if all universities adopted these principles and if all journals adopted the principles of transparency and of conflict of interest, then I think we would have a better system.

Views and opinions expressed in this article are those of Sheldon Krimsky and do not necessarily reflect those of Sputnik.