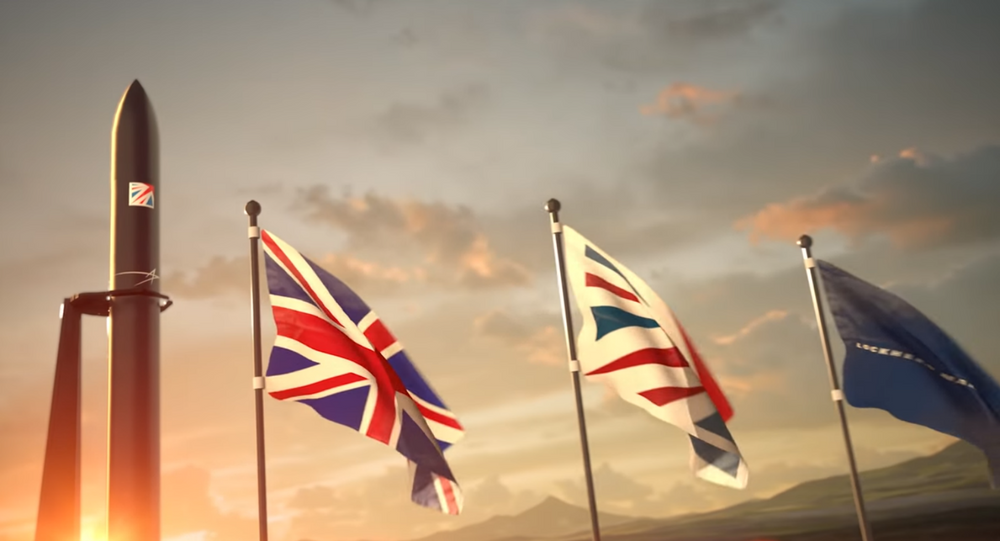 The UK is looking to launch its first commercial rocket from its own soil by 2021. According to a report by CNBC, the global security and aerospace company - Lockheed Martin - has received the largest portion of United Kingdom Space Agency's funding to develop an orbital launch site for small rockets in Scotland.

Sputnik discussed the feasibility of the UK aim to launch commercial rockets with Professor Steven Freeland, Dean of the School of Law at Western Sydney University.

Sputnik: How feasible is the UK aim to launch commercial rockets for the first time amid the uncertainty of Brexit?

© AP Photo / AP Photo/Patrick Semansky
NASA Administrator Plans to Meet With Russian Space Agency Chief in Near Future
Steven Freeland: The potential demand for launch services for small satellites is going to grow exponentially over the coming years; indeed, my understanding is demand already exceeds supply in terms of launch services. So this is an excellent idea, to develop a launch service industry for small satellites, (but) in terms of its feasibility, obviously, it would depend on a whole range of issues, technical and financial, but the UK has a considerable amount of heritage and history and technical expertise in the area of space, and in particular, in the area of small satellites.

So I'm sure this is a well thought out process, but in the end, there are so many contingencies it's not possible to say that it's guaranteed to succeed, but certainly, they're looking at a market that has great potential.

Sputnik: How competitive will the UK be on rocket launches market in your view; does it have sufficient resources to compete with other countries?

READ MORE: PhD on US Space Force: 'We Don't Need to Repeat Mistakes Made on Earth in Space'

But again, if they do all their work, given the nature of the way the worldwide small satellite industry is developing, I believe they can be very competitive. That said, the technology does change very quickly, the market is still quite fluid and if you get things wrong or if you use technology that quickly becomes obsolete, then your competitiveness can die away very quickly.

So obviously, nothing can be guaranteed, but anything we read and understand, and I've had quite a bit to do with some small satellite launches in other countries, certainly, if you believe what they say about the potential for the book of future launches, then I think it's a highly profitable industry with the right technology.

Sputnik: What about this initiative in the long run, could this further fuel the space race and what new perspectives can it open up?

© RIA Novosti.
Atomic Paradox: How the Soviet Hydrogen Bomb Test Ensured Humanity's Foray Into Space
Steven Freeland: Well that's a great question because I often talk about small satellites as the extra-terrestrial equivalent, if you like, of our mobile phones. If you think about our mobile phones, four or five, or six years ago we would've had no conception of what those phones allow us to do now, and what they will allow us to do in another four or five years; it's the same with small satellites.

They won't replace traditional larger satellites which still are incredibly important to the way every country operates through the access to that technology, but they will allow for a whole range of new activities by new actors.

So yes, in a sense, there is a new space race, a new space technology race, and people talk about the democratization of space because now, in particular, this technology with the lower barriers to entry, allows for a whole new raft of additional activities. So in a sense, we're at the beginning of another phase in the way that we utilize space for peaceful purposes.

© REUTERS / Stringer
‘An Unprecedented Opponent’: Are Trade War, Space Force Creation Driven by US Fears of China’s Dominance?
Sputnik: Initially the UK plans to launch small rockets, but do you think it can later move on to the heavier equipment or even weapons, can the US, for example, use the UK sites also to launch its own space forces, which it has been considering introducing for some time now, in terms of collaboration, what consequences could this have, especially in terms of space law?

Steven Freeland: Space law has a lot to say about military uses of space and will continue to do so, despite, what has been said by some people around the world. I do not regard space as a warfighting domain, and I certainly believe that space war does not sanction the inevitability of war in space.