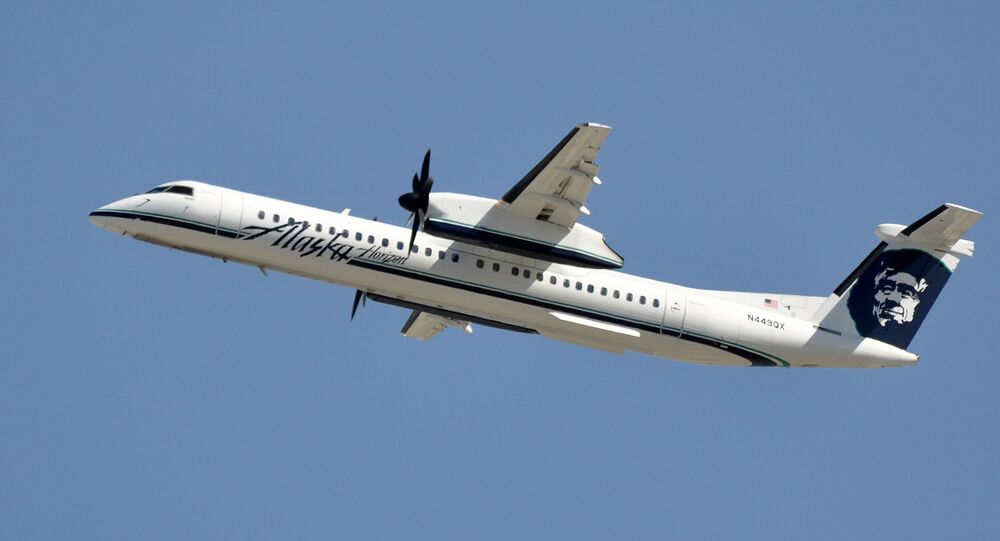 Alaska Airlines tweeted that an airline employee had hijacked an airplane with no passengers on board at Seattle-Tacoma International Airport on Friday. After pulling off a series of maneuvers, the airliner crashed on the sparsely populated Ketron Island about 40 kilometers southwest of Seattle.

Radio Sputnik discussed the incident with Dr. Simon A Bennett, director of the Civil Safety and Security Unit at the University of Leicester, England.

Sputnik: How alarming was this event in terms of the state of security at this airport and at US airports in general?

Simon A Bennett: It’s a great shame; clearly it’s a tragedy. I think in this case the individual seemed to have had some kind of mental breakdown. And of course it’s very difficult to anticipate when somebody will crack like that. In terms of liability, I don’t the airport did much wrong, I think it’s a very unfortunate case of a man reaching his limits and having a breakdown.

Simon A Bennett: My knowledge of aviation security, it’s really very tight already. This individual would have been closely vetted and screened by the airport authority before they gave him assigned access. And I think I’d come back to my original point that it’s very hard to predict or to legislate somebody who has clearly a complete mental breakdown, which appears to have happened in this case. It is human nature being what it is; people can behave quite normally, until they reach the point of no return where they do have a breakdown and begin to behave in an irrational way. But it’s very hard if you are an employer to predict accurately whether or when that might happen. It can happen to anybody at any time, that’s the nature of mental health and mental performance. Sadly, in this case he was assigned with access to an aircraft when he had this probable mental aberration. So one can only feel very sorry for the airport authorities and for the individual and his family.

© AP Photo / Elaine Thompson
'Quiet Guy': What Else Do We Know About Seattle Plane Hijacker?
Sputnik: Of course, we can remember another very tragic event, an even more tragic event in terms of a loss of life. That is when a Lufthansa pilot also had a breakdown and he decided to take down everybody with himself when he committed suicide, when he was at the wheel of the plane. Should more attention be paid to mental health? Do you think that something can be done?

Simon A Bennett: Frankly, I can only speak for Britain. I know that until very recently, until actually the royal family drew attention to the issue of mental health, treatments and all the rest of it, not enough attention has been paid over the years to mental health generally. I think that applies in every society, I think that society really should pay much more attention to mental hygiene and mental health and should begin doing so in our schools and colleges because these days very young children are under enormous pressure to succeed in school and to succeed in college and there are an unhealthy number of suicides. So I think that mental health, as an issue, deserves much more attention throughout society, not just aviation, but throughout the whole of society in every country.

Sputnik: What do you think can be done to prevent similar occurrences in the future?

Simon A Bennett: I think it’s not just aviation, I think society in general, in every country, needs to give far more priority to improving and maintaining the mental health of its citizens. I think that for too long mental health has been a taboo subject. People for all sorts of understandable reasons don’t like talking about their own mental health, their own concerns, their own anguish. I think we need to break that taboo and encourage people to talk about their mental health, and then we can begin to improve the situation because currently we simply don’t talk about it enough.

'Quiet Guy': What Else Do We Know About Seattle Plane Hijacker?