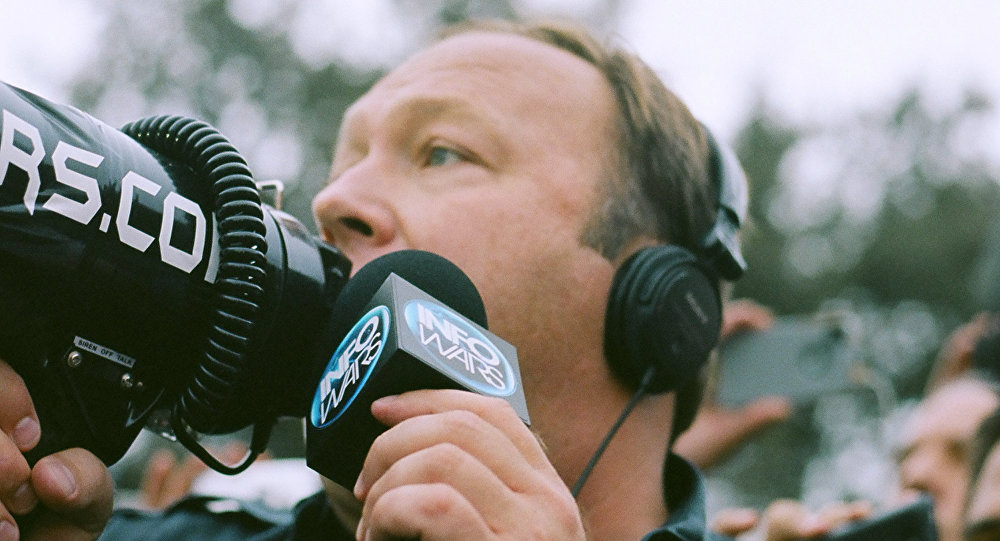 Twitter will not suspend controversial radio host and blogger Alex Jones of InfoWars. The social network's CEO, Jack Dorsey, tweeted that his posts did not violate any rules. Apple, Facebook, YouTube and Spotify have either banned or punished the conspiracy theorist.

Sputnik talked about Twitter's decision not to suspend Alex Jones of InfoWars with Mark Gregory, an associate professor in network engineering at RMIT University.

Sputnik: In your view does the decision by Apple, Facebook, YouTube and also Spotify to limit Alex Jones's presence on their platforms amount to limitations of free speech? What's your take on it? 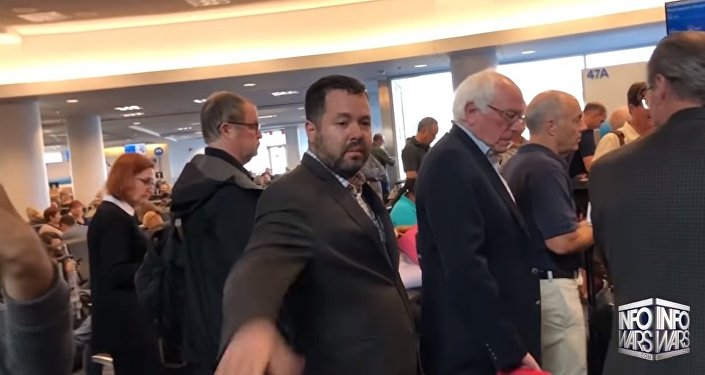 Mark Gregory: My take is very similar to that that has been put by Twitter and that they need to look carefully at what's been said before they take action to kick people off their platforms. Really, you would say that what they've done is a knee-jerk reaction to a backlash by people that are affected, and really when you look at what he's said, it's a matter really for the courts, if they believe that defamation has occurred in this particular case, but in general most countries have laws that prohibit calling for violence or some type of racial hatred, whether it be racial or religious hatred, and really as long as people are within those rules the platforms need to be careful to ensure that people are allowed do you have free speech.

Sputnik: It's still a bit of a surprise to me, you've got Apple, Facebook, YouTube, Spotify obviously taking Jones off their platforms and then you've got Twitter whose decision is to ultimately retain Jones's account and make it active - are you surprised that Twitter has gone against the grain, so to speak, in its opposition to the way that Apple, Facebook, Spotify and YouTube have gone, because at the end of the day they're all American companies and you've got to have expected that there is quite a bit of pressure been enacted from the powers that be from above, so it's still a bit of a surprise, well it is to me, what do you think?

Mark Gregory: I think many American companies are struggling right now to deal with what you would call the conspiracy theorists, the fake news purveyors, and also the amount of political wrangling that's happening on these websites; so they're really struggling. And I think the other issue is that the United States doesn't have clear laws that many countries have in terms of defining clearly what is hate speech or inciting violence, and so, therefore, the gray laws, or the lack of clear laws in the United States is making it very difficult for the companies to operate.

I think this has to be looked at in context that there's another aspect to this and the other aspect to this is, as we found in Australian, where a person in Australia sued one of these platforms for defamation and the company argued that the material was published somewhere else outside of Australia and therefore the defamation law here didn't hold and, of course, here the courts here found that the defamation law here applied here and that the platform in effect was published here, so this is another matter that these companies are struggling with, which is the globalization of news.

Right now we're seeing the United States struggling to go through a process of trying to work out how it actually deals with all of this. We've had conspiracy theorists, we've had fake news, these things are not new, the question is how do we deal with them, and I suppose the other thing for these companies really is they're also concerned about the backlash that can occur if they seen not to be taking action, and we've seen this particularly affect Facebook, because of what Facebook's actions have been recently in terms of selling people's data and onselling the information that people are putting into Facebook, so part of it you can attribute to companies trying to look squeaky clean at the moment, whether this will hold in the longer term we are yet to see.

Sputnik: There are concerns that Jones's conspiracy theories lead to harassment of various individuals by his fans. In your view, is it his problem or rather the problem of law enforcement? I think it's got a correlation to your last stance in terms of the clarification that this particular issue has caused, isn't it? 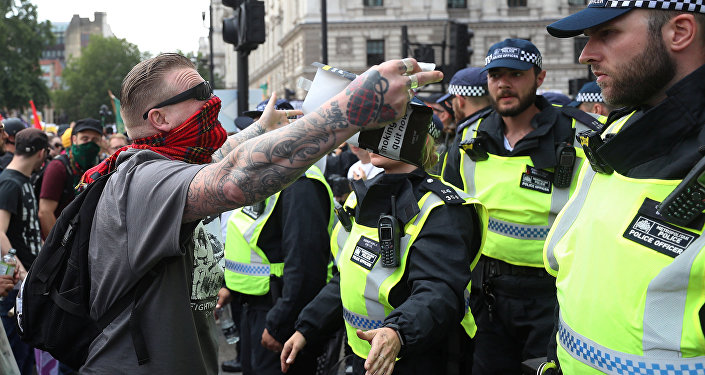 © REUTERS / Simon Dawson
Not 'Made in Britain': Tommy Robinson Protests Funded by Hardline US Think Tank

Mark Gregory: Yes, it's very important to understand that the principle of free speech is that people can say what they want to say, however, free speech has always been balanced by laws, generally by laws that prohibit such things as pedophilia, incitement to violence, racial hatred and other laws that balance the right to free speech. The issue is that if people put comments on something like Twitter or Facebook or another site, is it often that people are following up with those comments with even worse comments, the difficulty then is actually tracking any of the people that have provided any of those comments down, so what generally tends to happen is that people are targeting the people that actually start the conversation off because those people can be easily identified as starting the conversation off; so the courts will need to be very careful in terms of looking into what that person that started the conversation has said, and if they've broken one of the laws, well, then, of course, the court will take action.

The problem for the social media companies is that it's one thing to take people off the sites or to block them, but they're not providing an appeals process, and if you feel that you've been taken off one of these sites incorrectly you need to be able to appeal to have your identity, your post reinstated, they need to understand that most times they're using automatic algorithms to work out who to take off and who to block, so people do need an appeals process. We've seen a case where people have been taken off these sites and they have not really done anything wrong.

The views and opinions expressed by Mark Gregory are those of the speaker and do not necessarily reflect those of Sputnik.