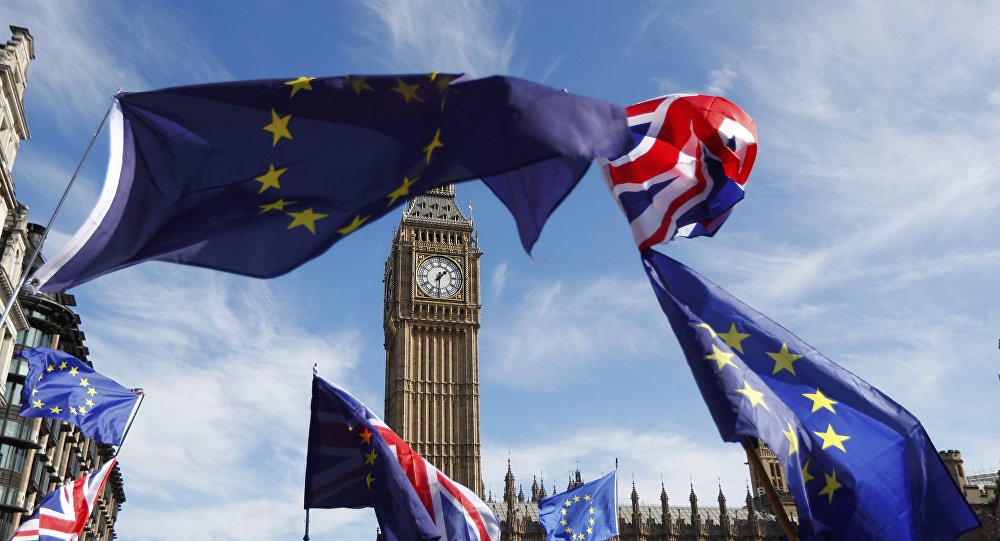 British Prime Minister Theresa May has less than eight months to negotiate a Brexit deal, sell it to her divided Conservative Party and win parliamentary approval. Sputnik spoke to Dr Mark Shanahan, Associate Professor and Director of Teaching & Learning, Politics & IR, University of Reading, about this story.

Sputnik: There are concerns amongst some remain backers that chief EU Brexit negotiator, Michel Barnier, is prepared to make the UK an offer if it has the endorsement of Germany and France, on the basis that the majority of EU leaders fear the possibility of no-deal scenario. How significant is?

Dr Mark Shanahan: We are now beginning to see progress. What this is of course is the negotiation and from those who back Brexit from the UK side, they have set up the UK as the victim of the monster of Brussels. Its poor little UK, however fair its position, the EU will not back down, these faceless bureaucrats from Brussels, who have been given a face from Barnier. Of course on both sides there have been frantic negotiations going on all of the way through. There is a significant fear of a no deal and both sides in this are looking for a compromise. They really don’t want this cliff edge on either side, I don’t think remain backers should be worried about a deal. Basically their worry at the moment is that a deal might transpire, when what they really want is the UK to stay in the European Union. It’s significant but it’s all part of the negotiation process.

© AP Photo /
Former UK Foreign Secretary Warns Macron Not to Hinder Brexit Negotiations
Sputnik: The National Farmers’ Union have warned that Britain would run out of food on this date next year if it cannot continue to easily import from the EU and elsewhere after Brexit. Is this a likely possibility?

Dr Mark Shanahan: I think that we should be unpicking by what is meant by project fear, which is one of the very good slogans coming out of the leave campaign. Whether we are talking about take back control or the slogans that came about around immigrations, or whether project fear itself; that side of the argument has been very good at packaging some very sneering comments very simply and very effectively. Project fear is far from fear. A lot of it is around reality or be it based on evidential models that have come from industries or academics; and one thing that the leave campaign has been doing very well is disparaging the views of experts. There is going to be a time potentially where things will be difficult, but we won’t run out of food. The one point that farmers have been making very clear is that they can’t grow the 60% of foods that we import overnight or even between now and next March. This is something that will take years and years to replace, so things will certainly be different, particularly if Britain leaves the EU without a deal in place.

© AFP 2019 / RUSSELL CHEYNE / POOL
Sturgeon Warns of 'Real Danger' of 'Damaging' No Deal Brexit Ahead of Summit With May
Sputnik: With just over 8 months to go before Britain is expected to leave the EU, very little has been finalized. Is Britain heading for a no deal Brexit?

Dr Mark Shanahan: I would say at this stage, all possibilities remain on the table. There is a real fear across business, across the higher education sector where I am at Reading University and increasing amongst the wider UK population that we are just going to crash out. If there is a deal, any deal for the UK to leave the EU will leave us in a relationship that is less strong than the one we are in now. It may in the medium to the longer term prove better for Britain but in the short term it won’t. The no-deal is probably the most dangerous option the UK can take at this stage.