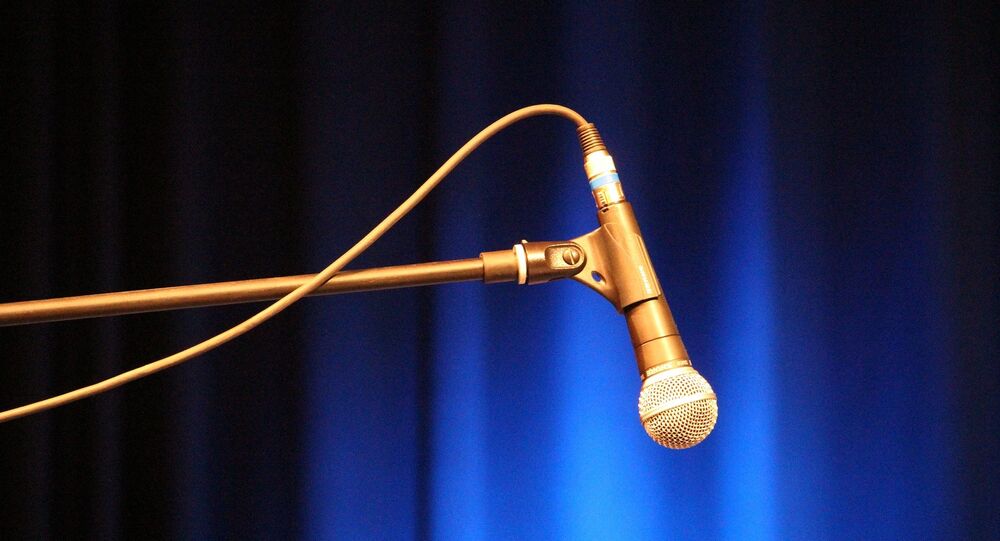 Sky News Australia has come under severe criticism over the interview of right-wing activist Blair Cottrell, former leader of the nationalist United Patriots Front protest group, with several channel staffers quitting, and companies pulling their advertisement from the media outlet.

A 15-minute interview, during which Cottrell urged immigration cutbacks and warned against the spread of “foreign ideologies” in Australia, has led to Victoria's Public Transport Minister ordering Metro Trains to stop playing Sky News at Melbourne train stations and American Express suspending its commercials from airing on the channel. Sputnik has reached out to Cottrell, who was convicted of inciting contempt of Muslims in 2017 and labeled by mainstream media as "Nazi fan," to discuss his infamous TV appearance and media hysteria surrounding it in more depth.

Sputnik: What is the response that you’ve been receiving after the interview with the channel?

Blair Cottrell: It’s a mix of positive responses from regular Australians and very negative ones from the journalistic elite in Australia. It’s the most bizarre experience I’ve ever had. I was invited on the Sky News Australia and they were very friendly and very excited to get me on. Afterwards they seemed very happy, they seemed eager for me to contribute again. I told them to call me whenever they are ready to do so and within a couple of hours, they seemed to have an enormous amount of pressure on them from other media personalities and left-leaning social circles. They started calling me a Nazi and a fascist, they didn’t agree with my views. I think the presenter that had me on lost his job, the show was cancelled, and I was banned from ever going on the air again. Nothing I actually said in the interview was addressed; I was just labelled a racist and that was the end of it.

© AP Photo / Mark Lennihan
Amex Pulls Advertising With Sky News After Interview with Right-Winger Aired
Sputnik: You mentioned the pressure on the channel to silence you. What do you see as the main reason for that?

Blair Cottrell: It seems that they went after sponsors. Obviously, the media channel’s sponsors forced them to conform and even though they have done so, they have lost sponsors anyway. It was probably better for the media channel to stand its ground, but it’s already rolled over and it can only get worse for Sky News. I had high hopes for Sky News that, perhaps, for the first time a media channel down here in Australia would stand up against the mainstream dogma, the system and the left-wing bullies and actually just represent different views, opinions and free speech. But instead they chose to succumb to the pressure. I also think that it might be because they’re afraid that right-wing views may be becoming mainstream around the West and by giving me a platform, certain personalities are afraid that my views may become more accepted by the public.

Sputnik: How serious do you think the issue of migration in Australia is? How is it displayed by the media?

Blair Cottrell: This is an interesting question, because recently a parliamentarian, we’re not sure which parliamentarian or so-called “people’s representative,” drafted an agreement with the United Nations that the Australian media would only be allowed to report positively on recently arrived migrants or stories involving recently arrived migrants, which is very telling in itself. But, generally speaking, any crimes committed by recently arrived migrants are generally covered up and if they’re in the court, in my experience, I’ve seen this myself, suppression orders are placed on the court cases, meaning that the media isn’t allowed to report on them. They say it’s to ensure the proper course of justice, but it may be just to cover up the fact that these people in large numbers are not assimilating. They’re causing problems; our crime rates have increased significantly in and around Melbourne: carjacking, attacks against police and even machete attacks are becoming quite common. This is difficult for the community, because they feel like they are not being represented and part of the reason that I was suppressed by the media, why I was censored, is because the more information the public has about this immigration crisis that we have, the more likely they are to oppose it. There are certain elements in the government that really don’t want that.

© CC BY-SA 2.0 / Carolyn Langton / Censored
'Censorship Isn't Cute:' Sky News Slammed for 'Binning' Skripal Interview
Sputnik: What are your thoughts on the backlash Sky News has been receiving from interviewing you? How justified are these moves to call back on commercials, for example?

Blair Cottrell: I’m not sure exactly which comments they aren’t happy with. This is the most unusual thing, which I consider bizarre. There is something referring to me saying that I wanted a portrait of Adolf Hitler in a classroom, but this hasn’t been confirmed; it’s been taken as a pixel image from an Internet website, it’s a statement attributed to me and I have consistently denied writing that. There’s no audio or video recording of me ever saying that or calling for that. I don’t know why anybody would call for that; it’s sociopolitical suicide. This seems to be taken as gospel by members of journalistic elites and used as a tool to slander my character, perhaps to ensure that no one would hear my message. Other than that, none of my statements were addressed; I have simply been called a Nazi and a racist. When I ask “what does that even mean these days, what are you referring to?” I don’t get straight answers. There’s very subjective, very hard and emotional politics down here in Australia. It’s going to be very interesting to see where this leads in the near future.

Youtube/Screenshot/Tartan Blaknet
UK Targets Those Who Call Out ‘Government Lies’: Alleged ‘Russian Bot’ Demolishes Sky News Hosts
Sputnik: What’re your general thoughts regarding this global phenomenon that is preventing people from saying what they want to say about this particular issue?

Blair Cottrell: Clearly, this immigration scheme, or this global phenomenon as you say, is all the result of a highly-organized, very intellectual and very wealthy group of people. I don’t know who they are exactly; I can’t name or identify them. Every country in the West seems to be heading towards the same crisis point, which must eventually result in a dramatic shift in sociopolitical structure. A more authoritarian regime — necessary to clean up the mess that these people themselves [have created] — I think will end up taking power. It’s sort of a mathematical system of “create a problem and then introduce yourself as the solution.” I think that over the past two generations, they have subverted the institutions, primarily education, media and government. Basically, they are taking away our national values deliberately and conscientiously leading us to our own destruction. I believe that in these institutions, you do not get a position or a well-paid job unless you meet certain criteria: you must be left-leaning, you must be anti-national, you must be pro-immigration etc. If you take the other standpoint, if you stand for your country, if you stand against open borders and diversity slogans, social justice etc., you are set up for character assassination. Social and financial asphyxiation, general slander tactics – the inevitable result will be the introduction of a new system of government which the people will be told is necessary in order to make people safe and secure once more.