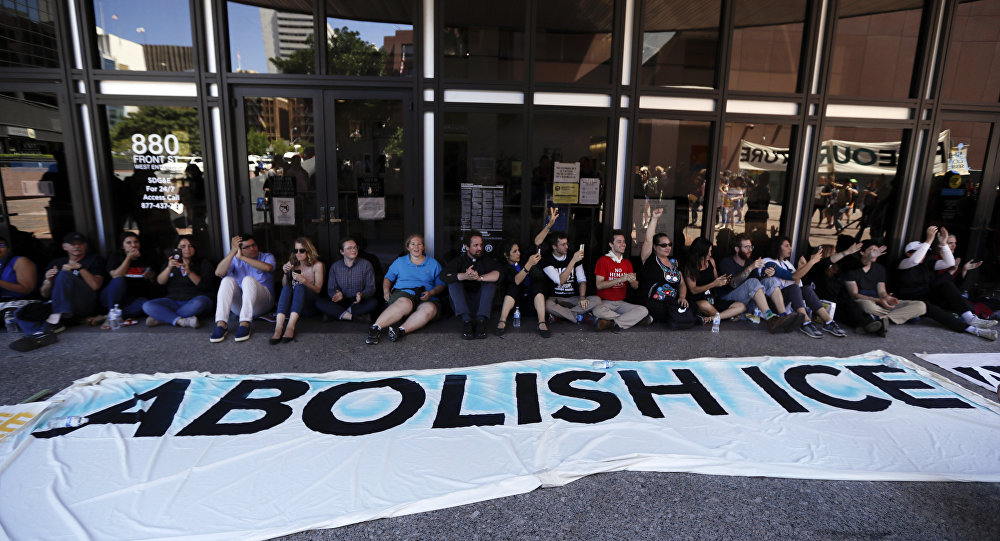 The Trump administration is planning to issue a proposal in the near future that will make it harder for legal immigrants to become citizens or obtain green cards if they have ever used public welfare programs, according to a Tuesday report by NBC News.

Individuals who received financial support to purchase health plans on the Affordable Care Act (also known as Obamacare) individual marketplace and those who received health benefits from expanded Medicaid coverage may also be impacted by the proposal.

The proposal, which does not require Congressional approval, is part of White House senior advisor Stephen Miller's plan to limit the number of legal immigrants who become US citizens each year.

Although it is yet unclear how many people exactly will be affected by the rule, the government will now consider many legal immigrants a "public charge." The term "public charge" has previously only applied to immigrants dependent on cash benefits like the Temporary Assistance for Needy Family Program. The rule change would expand the definition of "public charge" to apply to those who use non-cash benefits like the Child Health Insurance Program and Supplemental Nutrition Assistance Program, to name a couple.

Juan Carlos Ruiz, cofounder of the New Sanctuary Coalition, an interfaith network of congregations, organizations and individuals standing publicly in solidarity with families and communities resisting detention and deportation, told Radio Sputnik's Loud & Clear Tuesday that the proposal is an "insidious, evil plan."

"There is a kind of insidious, evil plan. When we read and hear this news, immigrants are in the frontlines. On the second and third rows, minority groups that are part of our society, [such as] women and gays, that are [also] fighting for their rights are going to be next," Ruiz told hosts John Kiriakou and Brian Becker. 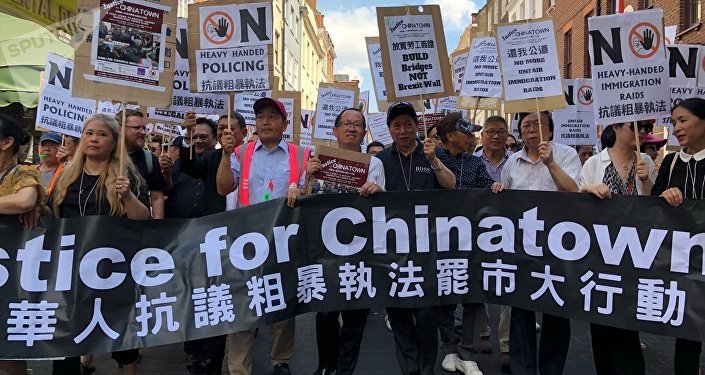 Even though the details of the proposal are still being finalized, sources familiar with the matter told NBC News that the proposal will apply to immigrants living legally in the US who have ever used Obamacare, children's health insurance, food stamps and other public benefits. The proposal could affect an estimated 20 million immigrants.

According to the sources, a draft of the plan has already been sent to the White House Office of Management and Budget.

"The administration is committed to enforcing existing immigration law, which is clearly intended to protect the American taxpayer by ensuring that foreign nationals seeking to enter or remain in the U.S are self-sufficient. Any proposed changes would ensure that the government takes the responsibility of being good stewards of taxpayer funds seriously and adjudicates immigration benefit requests in accordance with the law," a spokesperson for the US Department of Homeland Security said, NBC News Tuesday.

"So, when we read [about this news], it is not only alarming for the immigrant population but for many of our communities who have been pushing back against the draconian policies coming from the White House," Ruiz told Radio Sputnik.

"We have to remember, this is not just under this administration. We have had previous administrations that have blatantly favored the wealthy and the rich while dismissing and utilizing the poor folks. Yes, immigrants are on the chopping block. But who is next?" Ruiz asked.

According to recent analysis by the Migration Policy Institute, such a proposal could impact as many as 47 percent of noncitizens living in the US, partly because the proposal could take into account the benefits that an immigrant's dependents have received. For example, immigrant parents could be penalized if their children use food stamps, even if their children are US citizens.

"When you talk about a reign of terror, you are not short in describing [the situation]," Ruiz told Radio Sputnik.

"We have seen the escalation by this administration of attacks against our immigrant communities. We have to denounce [the attack] because we keep seeing the escalation not only against the Deferred Action for Childhood Arrivals (DACA) people, but [through the] demonizing [of] the youth [and the] separation of children. It's like waking up to this nightmare that we live in in this country nowadays. Nazi Germany had a lot of the elements that we are talking about and that we are witnessing. We do need to organize and keep opposing, denouncing and dismantling a system that has been in place for many years," Ruiz continued.

"After 9/11, we have this homeland security complex or industry" that emerged alongside the 2004 establishment of the Department of Homeland Security (DHS). In 2018, the department requested a budget of $47 billion. Pouring funds into the security agency "is really draining our resources from our communities and our healthcare. I think it's misappropriation of funds," Ruiz added.

Bates issued a 25-page opinion noting that the White House failed to provide legal justification for the program's cancellation, under which some 800,000 people brought into the US illegally as children are granted work permission and protection from deportation.

Trump's justification to cancel the program was "arbitrary and capricious" and used a legal justification that was "inadequately explained," Bates wrote.