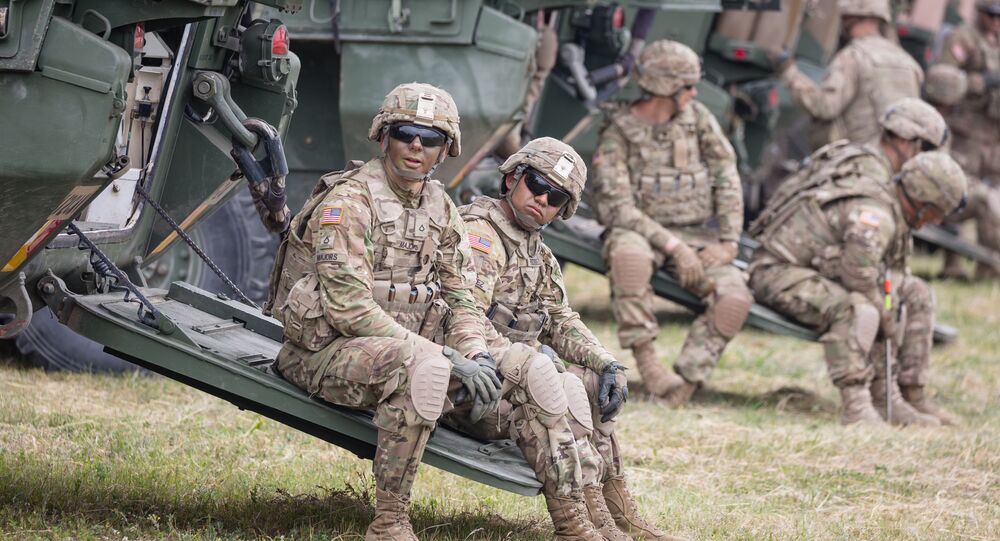 NATO Has No Reason to Build Base in Albania - Former Politician

Albanian Prime Minister Edi Rama announced on August 4 that NATO will be building its first airbase in the western Balkans in the Albanian town of Kucove, investing 50 million euros ($58 million). Sputnik has interviewed a Russian scholar and the former Serbian director of the Office for Kosovo as to why NATO would want to build a base there.

Sergey Ermakov, a leading scholar of the Russian Institute for Strategic Studies, urges for caution in believing the Albanian prime minister's words, as they have not been confirmed by NATO. Still, the scholar said that building such a base would come as no surprise to him.

"During the latest NATO summit […] member-states agreed to boost their military deployments on their southern borders. The Balkans are highly important for fulfilling this agreement, as they provide direct access to all the locations of the Mediterranean and Black Sea regions that might pose a threat to the alliance," Ermakov said.

Former Director of the Office for Kosovo and Metohija Dusan Prorokovic, on the contrary, is skeptical about the chances of Albania getting a NATO base. He said that despite US President Donald Trump's demands that other NATO members increase their spending, the alliance doesn't have 50 million euros to spare for another base.

"It is possible that Edi Rama just wants to be on good terms with the US, to give them at least something. […] In fact, I see no real reason why NATO would consider building a base in Albania or in any other Balkan state. The Americans have already encircled all points of interest in the region," he said.

The former Serbian politician recalled that apart from Camp Bondsteel in Kosovo, NATO has four bases in Bulgaria, the Deveselu airbase in Romania, Aviano in Italy, Ramstein in Germany and İncirlik in Turkey. From his point of view, with such an abundancy of bases in the region, NATO doesn't need a new one in Albania.

Still, Prorokovic didn't exclude the possibility of NATO investing in Balkan states and recalled that apart from building new bases, the alliance also invests in the military infrastructure of the region in general.

"If NATO does build something in Albania, it won't be a full-scale military base," he said.

When commenting on the admission of Montenegro and Albania to NATO, Prorokovic noted that the alliance wants to "capture territories" so that in case of a conflict, the US won't have any problems when deploying troops in the region.

Ermakov pointed out that a single NATO base in Albania poses no threat to Russia, even with all the anti-Russia rhetoric circulating in statements.

"NATO exerts pressure on those Balkan states that are still not in the alliance in order to bring their defense infrastructure in line with NATO standards and NATO's security model. The Scandinavian countries are experiencing this pressure too," the scholar said.

Prorokovic believes that the Scandinavian and Baltic States are of more interest to NATO than the Balkan countries, due to the aim to undermine ties between Germany and Russia, as well as because of the "Nord Stream 2" project.

"The situation could change, although not due to the Balkans themselves, but because of increasing Russian influence in the region and possible developments in Turkey," the former politician said.