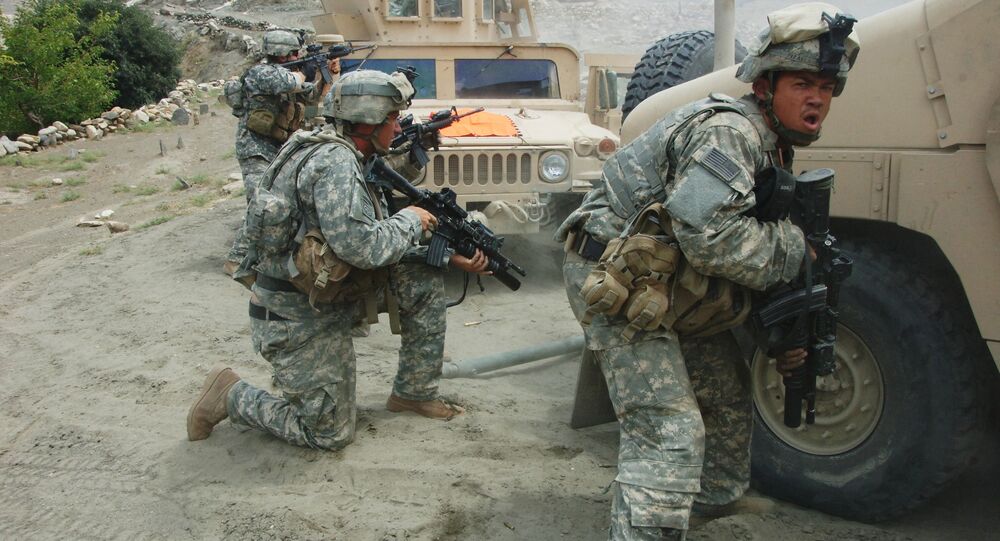 US-Taliban Talks Aside, Afghanistan's Future 'Going To be Tough' in Near-Term

Despite recent talks reportedly between Taliban officials and Alice Wells, the US assistant secretary of state for South Asia, the chances of the US actually leaving the the war-torn country remain slim, peace activist Brian Terrell told Sputnik.

Reports of the meeting first surfaced last Wednesday with suggestions that US officials were initiating talks with the Taliban in an effort to bring an end to the 17-year-long war in Afghanistan. According to the BBC, the "preliminary" talks were held in Doha at the Taliban's Qatari political office.

"You can't call it peace talks," one Taliban official told Reuters. "These are a series of meetings for initiating formal and purposeful talks. We agreed to meet again soon and resolve the Afghan conflict through dialogue."

The recent discussion is the first to take place with the Taliban since 2015, when Afghan and Taliban officials held talks in Pakistan, according to the Financial Times. Officials from China and the US were also present at the time.

Terrell told Radio Sputnik's Loud & Clear on Monday that talks will involve a variety of topics, but will ultimately be focused on the group's desire to have US forces gone from the country.

​"They do have things to talk about with travel bans… but basically foreign troops leaving is the important demand," the co-coordinator of Voices for Creative Nonviolence told hosts Brian Becker and John Kiriakou. "Any future peace that isn't precluded by the US and other foreign troops leaving… I think that's really the bottom line."

But even if both US and NATO were to leave, Terrell suggested that the country would still have other troubles to deal with as a peaceful transition wouldn't be simple.

"I don't believe there's going to be a very seamless, peaceful transition of power," he told Becker. "I think the future of Afghanistan, at least in the short term, is going to be pretty rough… it's not going to be easy."

However, the chances of Washington actually letting go of its hold on Afghanistan are extremely slim, considering US President Donald Trump called for more troops to be deployed. There's also the fact that the Afghanistan is a "cash cow" for the US, according to Terrell.

"This is such a great cash cow for the US military industrial complex," he stressed. "I would like to see the US leaving and leaving now, if not, leaving soon… but I'm afraid I think there's too much commitment to keeping this chaos and this great market for weaponry alive."

Since 2001, when the US invaded Afghanistan in the wake of the September 11 attacks, the US has spent roughly $1.07 trillion, according to website The Balance.