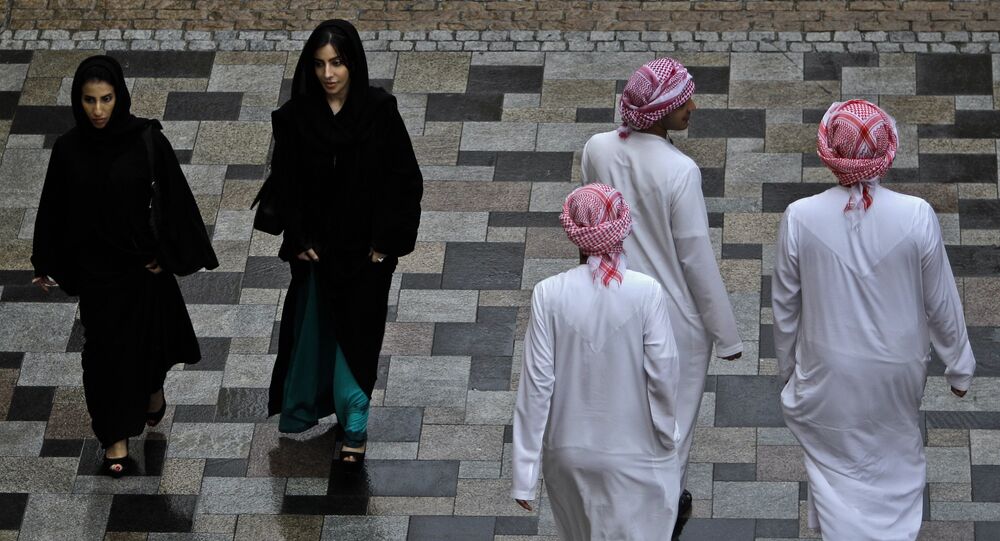 The Trump administration is reportedly looking to forge a security alliance with Arab nations in a bid to counter Iran's clout in the Middle East. Sputnik spoke with Luciano Zaccara, a research assistant professor in Gulf politics at the Gulf Studies Center of Qatar University about this issue.

The alliance aims to enhance cooperation in regard to missile defense, military training and counterterrorism, among other things. A spokesperson for the White House’s National Security Council said that the bloc would serve as a bulwark against "Iranian aggression."

Sputnik: What is behind the US intentions to deepen cooperation in the region?

Luciano Zaccara: The objective is very clear: to isolate Iran from the region and to try and create an alliance that will try and counter any kind of influence that Iran can have in the broader Middle East region. This is a very military kind of approach of this kind of alliance and this is not going further in any kind of integration or any kind of project. It is just a military, defense strategic alliance that is trying to build around Iran in order to counter the extension of Iranian influence beyond the Iranian border.

Sputnik: How achievable is the implementation of such a cooperation project given the tensions within the region. It’s a big question, isn’t it?

© AP Photo / Evan Vucci
'Bulwark Against Iran': US Reportedly Pushing for Creation of 'Arab NATO' Amid Gulf States Rift
Luciano Zaccara: Actually I am not quite sure this is very achievable. The first reactions were not very enthusiastic about the possibility of having that meeting in Washington. Bear in mind that, for instance, if Tamim is going to that meeting, probably Mohammed bin Salman and Mohammed bin Sayar are not going to attend; so it’s very difficult to sit together, the six leaders of the GCC in such a meeting.

Preliminary meetings will take place in August in order to decide whether this meeting will take place and which are the points of the agenda that will be included in the meeting, so this is only the starting point. The other point is how to include also Jordan and Egypt in such a military alliance when both countries are within the framework of competition between the GCC states in order to get influence beyond the GCC context. So it’s very difficult that this can be achievable.

There is a common goal that the US is trying to push without dealing with the internal conflicts that the GCC is having.

Sputnik: This move could further exacerbate relations between the US and Iran, what implications could there be? Obviously there has been a lot of bad communication between the US administration and Iran this last week, it’s almost warmongering – the tone and the way they have been communicating these messages. What is your general feeling then in terms of the implications of creating such a bloc, it’s only going to exacerbate the situation.

We already have the GCC; we already have different kinds of initiatives … that were created during different American administrations in order to counter Iranian influence in the region.

For me it’s not a surprise that this kind of initiative is coming from the United States. On the other hand, Iranians are already used to this kinds of policies implemented by the US so I don’t think it’s going to add much more elements to the argument.

The views and opinions expressed by Luciano Zaccara are those of the assistant professor and do not necessarily reflect those of Sputnik.