Christian Chesnot, who is considered one of France's main experts on Middle East, said he considers the information in Libération to be reliable and explained the possible arguments of the French leader:

"Emmanuel Macron has always, to a greater or lesser degree, kept his finger on the pulse with regard to Syria. Nevertheless, this decision to conduct a joint humanitarian operation with Russia indicates a change in the direction of France's diplomatic policy in Syria," Christian Chesnot explained to Sputnik.

READ MORE: France to Accept Some of White Helmets' Members After Syria 'Evacuation'

According to the journalist, Macron's July 27 appointment of François Sénémaud, former director of intelligence at the French Directorate-General for External Security (DGSE), as his personal representative for Syria already says a lot. Sénémaud, who takes office on August 27, is currently France's Ambassador to Iran. Ironically, since 2014, the Syrian dossier in the French Foreign Ministry has been overseen by Franck Gellet, who was appointed ambassador to Qatar. In addition, Christian Chesnot notes that Emmanuel Macron has recently had two meetings with Putin: first on May 24, and then at the FIFA 2018 World Cup final on July 15.

What explains this change? Since the beginning of the conflict in Syria in 2011, French diplomacy has almost always followed Washington and sided against Damascus. As recently as April, France played a small role in the US-UK bombardment of several government facilities in Syria after the alleged Syrian government chemical weapons attack in Duoma. According to Christian Chesnot, rapprochement with Moscow can be explained by a pragmatic view of the situation:

"Russia won in Syria. It is a fact. Damascus has regained control almost over the entire territory of the country; the insurgents in the south have virtually been destroyed. France has found itself out of the game and wants to return to Syria. Emmanuel Macron just looked at the situation from a pragmatic point of view and told himself that a new stage is beginning. A stage, when it is necessary to resume relations with Russia."

And the humanitarian operation provided an excellent opportunity to begin a rapprochement, the journalist believes:

"Since the beginning of the conflict, French diplomacy has had two strong points: observing the red lines with regard to the use of chemical weapons, and sending humanitarian aid. This joint operation with Russia gives Emmanuel Macron an opportunity to resume the dialogue without losing face." 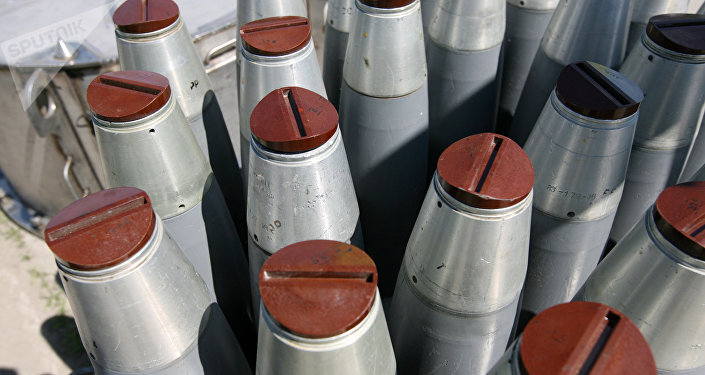 © Sputnik / Pavel Lisitsyn
France Freezes Assets of 9 Firms, 3 Individuals Over Syrian Gas Weapons Links
In this scenario everybody wins, says Christian Chesnot, assuring that the Russians are "very pleased" with the possible rapprochement with France. "Moscow will need allies to rebuild Syria, whether a change of power occurs or not. Russia will not be able to do everything alone," the journalist explains.

And what about the "neo-conservative lobby" in the French Foreign Ministry, which, as Christian Chesnot put it, consists of "NATO and US sympathizers hostile towards Iran and the Syrian government?" Well, according to the expert, even if they look with disapproval at the rapprochement with Moscow, they will be forced to support the Elysée Palace — they have no other choice. "In any case, the country that concerns them the most is Iran," the journalist concluded.