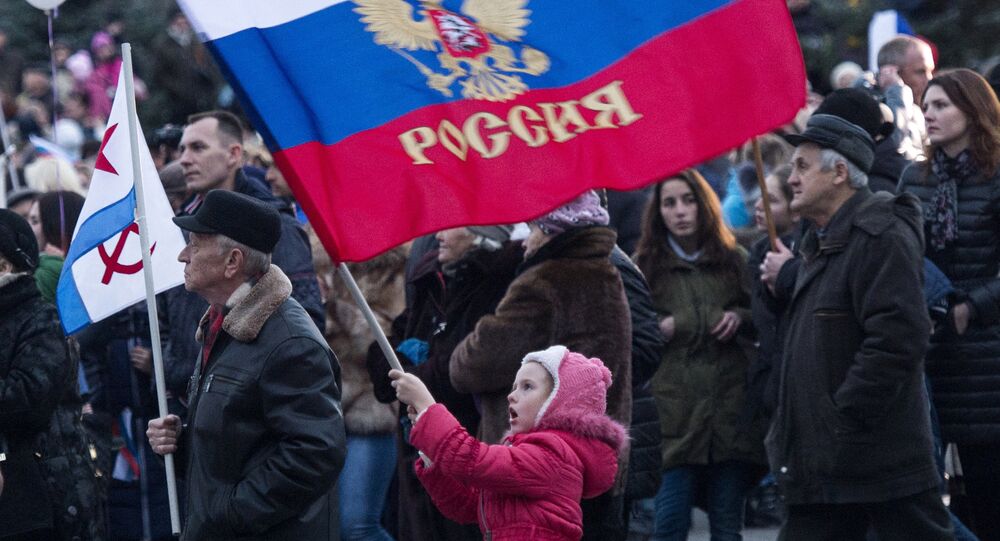 US Will ‘Have a Hard Time’ Prying Crimea Back From Russia

US Secretary of State Mike Pompeo received heated grilling from senators of both parties at the Foreign Relations Committee in wide-ranging testimony Wednesday. Radio Sputnik’s Hard Facts host John Wight and journalist and author Daniel Lazare joined Loud & Clear to break it all down.

Ahead of the hearing, Pompeo issued a statement declaring that the United States will never recognize Crimea as a part of Russia, in an apparent effort to preemptively rebut senators' claims to the effect that US President Donald Trump is soft on Russia.

​"In concert with allies, partners and the international community, the United States rejects Russia's attempted annexation of Crimea and pledges to maintain this policy until Ukraine's territorial integrity is restored," the statement said.

"I think that the Crimea declaration is expected, but it's gonna go nowhere. The US is going to have a very hard time prying Crimea back from Russian hands," Lazare told Loud & Clear hosts John Kiriakou and Brian Becker.

"And the Russian case is legally stronger than the US is willing to admit," the author said.

The declaration "bears no relation to reality on the ground, and ultimately it doesn't really matter if the US recognizes Crimea as part of Russia, but it really matters if the Russian people do," Wight added. "In particular, the people living in Crimea do [view themselves as part of Russia], which is certainly expressed in the context of the referendum that was held in that part of what is now the Russian Federation in 2014 in response to the Western-backed, vicious, right-wing coup."

Crimeans voted overwhelmingly to join the Russian Federation not just in the face of the fascist Euromaidan revolution, but also a law banning them from speaking their primary language — Russian.

At the Pompeo hearing, Sen. Bob Corker (R-TN), a critic of the president, pushed back on the Helsinki summit, suggesting that Trump was "submissive to Putin in Helsinki, Finland."

"Whenever Trump says anything slightly friendly with regard to Putin or Russia, the Republicans — the administration itself, Pompeo, other members of the cabinet — feel obliged to issue some kind of hawkish statement to protect their right flank against Democratic attacks," Lazare said.

"The Democrats are trying to out-flank the Republicans on the right with regards to Russia," Lazare added. "That's how I see the Crimea declaration."