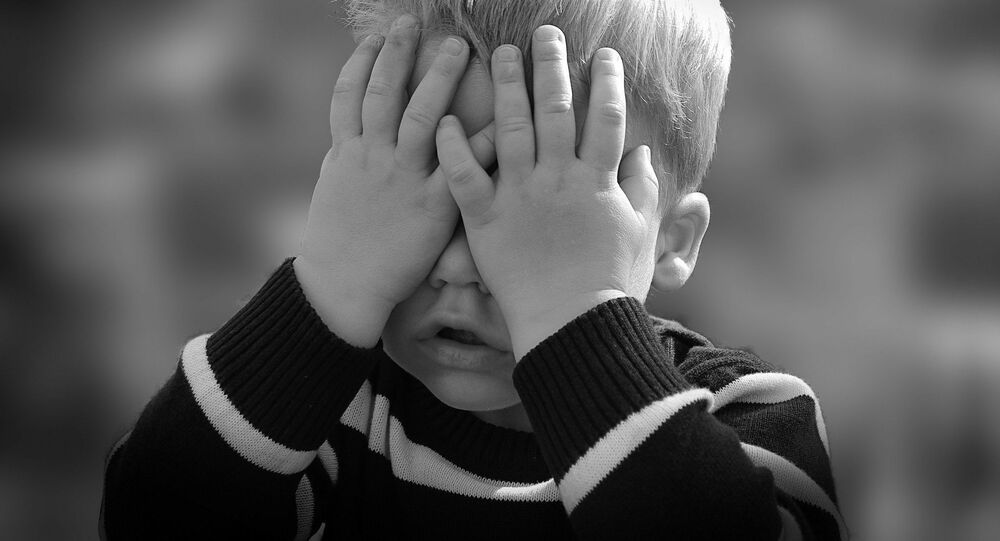 UK law enforcement and intelligence services have been employing children as spies in covert operations, according to a new parliamentary report revealed by the House of Lords review committee. Radio Sputnik discussed the scope of this phenomenon with Dr. David Lowe, a terrorism and security expert and former police officer.

Sputnik: What is the scope of using children as spies in the UK?

Dr. David Lowe: It is still rare; it is not run-of-the-mill. Let’s put that into perspective that it’s still rare. When we say children, we’re talking older children, you are looking at someone certainly around 14, 15 to 16 years of age. It’s something that’s rare, but you look at certain crimes as drug-related crime, organized crime, in the sense of gangs. Sometimes you’ve got to use them to get some information on how these gangs are operating. Sometimes it’s what we call a necessary evil.

Sputnik: When you talk about organized crime, aren’t you putting the children at risk? We know what happens to people who rat on organized criminals, it’s not a good thing to do, and it’s usually very dangerous, isn’t it?

© CC0
Why Child Spies Demonstrate 'Inhumanity at The Heart of Britain'
Dr. David Lowe: It’s a very dangerous occupation, both organized crime and terrorism, but it is governed by the Regulation of Investigatory Powers Act and there have been some amendments to it.

I mean the whole "covert human intelligence sources" sounds very impersonal and that’s why I like to use the term "informants," as I think it’s easier to get around the tongue as well, but they are very strictly controlled whether they be adults or children as well.

There would have to be two handlers, police officers who are handlers, and a controller. A controller is someone who is of a higher rank. Now the key, and it always has been, is the health and safety of that informant, what they are being put into. And if it’s too risky, that’s the end of it.

READ MORE: UK Parl't Committee Raises Alarm Over Use of Minors Under 16 to Gather Intel

Sputnik: How does the recruitment process go? Is it the same as it would be for an adult or are there some differences?

Dr. David Lowe: Well invariably when they’re recruited … they are normally involved in some sort of criminal activity and they may be on the periphery of it or they can be right in the middle of it and now want to pass on information.

But sometimes if they’ve been arrested, they’re recruited there and then and asked, “Would you pass on information? Could you tell us what you see and hear?” Because that kind of information comes from the inside.

Sometimes with terrorism … they weren’t involved in terrorism, they were concerned for family members or close personal friends … [and] would then pass information because the reason or the rationale behind it was to try and stop that individual going down that path.

Sputnik: You mention that perhaps some of these children are actually involved in some crimes or are at the periphery of these crimes. If we are talking about drug dealers I can imagine that unfortunately drug dealers often do use very young children or adolescents or maybe even younger, because of the differentiation in the jail time or the criminal offences that are applied to juveniles as opposed to adults. When these children are arrested, are they offered the option of being spies or cooperating with investigation by being informants in exchange for lesser sentences or punishments?

Dr. David Lowe: Yeah, this is one of the reasons why handling informants became statutory regulated because your informants could potentially be a witness in a later trial.

There is another procedure to deal with that and try to hide and retain their anonymity. But the whole point is that they could pass on vital evidence at a potential trial and that is where you can’t be offering too many inducements, you can’t be offering lesser sentences, because the defense would make a great play on this thing, saying that the reason you did this is because you knew you would get off or you knew you would have a lesser sentence.

So this is why it is very strictly managed. If they are very deeply involved in it, or even at the periphery of it, they look at what crimes are being committed. It could be that they have never been arrested before and never been dealt with before so they could be open towards a coercion.

So case on its own merit and were applicable then you can use them, but if there was this great temptation to do it, but that’s why it is strictly controlled now because that is now minimized and of course the Crown Prosecution Service in the UK could also be potentially informed about potential charging of a young child before they are recruited as an informant.

Sputnik: Is there a special training that is given?

Dr. David Lowe: Yes, they are given training and guidance because it is not just about getting information but keeping them safe as well. That really is important. Obviously how informants pass on information, how they record things, is so different to how it was years ago. There is a lot of technology used, so there is a lot of guidance.

Also guidance on communicating information, which has got to be done as covertly and safely as possible without minimal risk and one of the things is that if that informant, certainly a child informant, thinks that maybe they are being suspected they should pass it on to the handler and that will be passed on to control straight away and they could be pulled out of it and then protected.

So, it is a constant ongoing assessment. It isn’t just like recruit them and out they go. At the moment it’s done monthly and they also need an authorization monthly as regards juveniles.

This is the issue because they want to extend it to four months, the authorization, but even with the four months they are saying that they will do regular health and safety checks on that informant … and the safety of the informant is absolutely paramount all the time.

The views and opinions expressed by Dr. David Lowe are those of the security expert and do not necessarily reflect those of Sputnik.