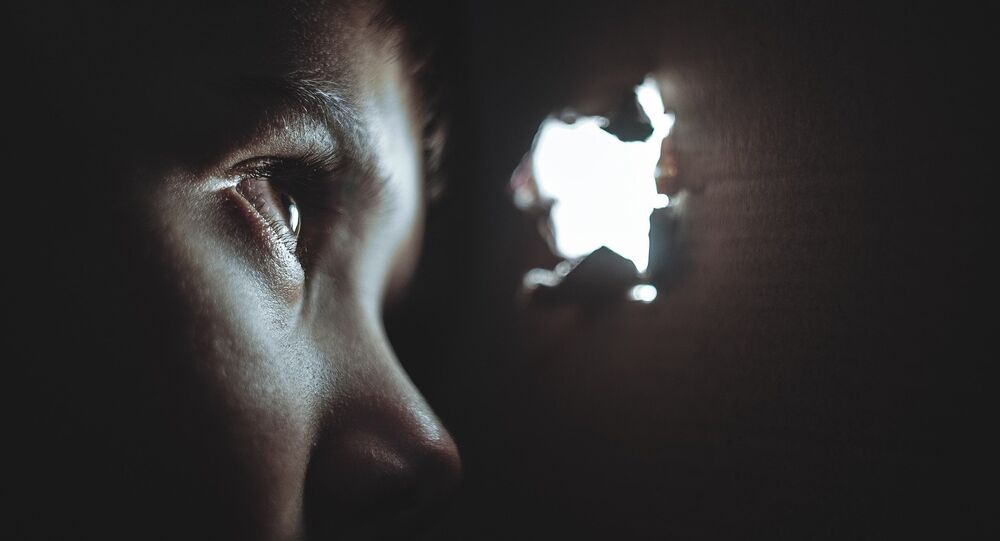 Why Child Spies Demonstrate 'Inhumanity at The Heart of Britain'

The shocking disclosure was made by Ben Wallace MP, Secretary of State for Security, in correspondence with the Lords' Secondary Legislation Scrutiny Committee, which is currently examining proposed amendments to the UK's investigatory powers laws.

UK police and intelligence agencies are using children — some of whom are under 16 — as spies in covert operations against terrorists, violent gangs, sexual abuse rings and drug syndicates, a House of Lords Committee has revealed.

In a letter to the Lords' Secondary Legislation Scrutiny Committee, Ben Wallace justified the practice on the basis young people "are increasingly involved, both as perpetrators and victims, in serious crimes". As a result, the Home Office feel there is "increasing scope for juvenile CHIS (covert human intelligence sources) to assist in both preventing and prosecuting such offences".

"They may have unique access to information about other young people involved in or victims. For example, juvenile CHIS can give investigators broader insight into how young people in gangs are communicating with each other. Much as investigators wish to avoid the use of young people, it's possible a carefully managed deployment of a young person could contribute to detecting crime and preventing offending," Wallace wrote.

He added while statistics on the number of CHIS that have been authorized (published annually by the Investigatory Powers Commissioner) didn't distinguish between different age groups, the Home Office believed children were recruited in "very small numbers" based on discussions with investigators.

The Minister's assurances have done little to inspire confidence in the Committee, which issued a damning report expressing "grave concerns" about the use of children being exposed to "serious, violent crimes", and shock the Home Office was unable to confirm exactly how many juveniles were used as CHIS.

The Committee also noted paragraph 4.3 of the code demands "any deployment of a juvenile CHIS should be subject to enhanced risk assessment" — but there are no accompanying instructions on what that assessment should include.

The Home Office's lack of clarity on the number of children used as CHIS led the Committee to suggest paragraph 5.33 of the CHIS code of practice — "the safety and welfare of the CHIS should continue to be taken into account after the authorization has been cancelled" — may not be adhered to stringently, and the long-term effects on child intelligence sources go unexamined as a result.

Thanks. It's child abuse. https://t.co/HrW7n7EUce

Many on the Committee were entirely unaware UK law enforcement and intelligence agencies used under-18s as CHIS — and they may never have found out, were it not for the government seeking the ability to extend the length of CHIS deployment periods from one to three months. Whitehall believes the change vital, given juvenile CHIS are sometimes unable to complete their "tasking" in the standard period — and such a short space of time may discourage their use by authorities.

"[The] pressure to obtain results could be unhelpful to the juvenile CHIS and also to law enforcement…in some circumstances this requirement can also act as a deterrent, with law enforcement avoiding the use of juvenile CHIS," the Home Office said in a letter to the committee.

While the use of children as intelligence sources has dismayed many members of the public, the prospect of juvenile CHIS being ‘tasked' has stunned even seasoned law enforcement veterans. Neil Woods, a former police officer who for almost two decades infiltrated murderous drug gangs across the UK, says the revelation is "quite amazing".

"I was previously aware of the use of child CHIS, but in my experience they'd simply be required to, for example, report to their handlers what they see and hear their older brother's friend does in terms of stealing cars. To ‘task' them — giving them objectives and keeping them in a gang, taking the role of a spy — that's a whole different level," Neil told Sputnik.

Nonetheless, he believes it an inevitable consequence of the UK government's failed war on drugs. In the 21st century, criminal fraternities increasingly rely on younger and younger people to hold and sell illicit substances on their behalf — not only are such individuals "highly expendable, easily manipulated, and cheaply bought", Neil says, gangsters thought it "impossible" to covertly embed officers in a teenage racket.

"The criminal exploitation of young people is a direct response to police tactics. People like me were so successful, gangs began recruiting juveniles — after all, a child can't become a police officer. What police can do though is arrest a young person, but offer to let them back on the streets if they turn informant. Again, children would be very easily swayed into doing adults' bidding in such a scenario. I think that's what these proposals are all about — police rely more and more on juvenile CHIS to fight this futile drug war, so the legislative landscape must facilitate that," Neil told Sputnik.

Troublingly, Britain's former top undercover cop believes the increased use of young informants by authorities will greatly exacerbate the already sizeable risks faced by children embroiled in gangs. After all, criminals will just crank up the terror in order to ensure their adolescent lieutenants are more frightened of them than law enforcement.

"When a dealer gets nicked and they're in a cell, considering who to grass up in return for a lighter sentence, they're undoubtedly thinking ‘who am I least scared of?'. It's a Darwinian situation — if you want to protect your criminal enterprise from protect police attention, you increase fear, and the most ferocious rise to the top. Gangsters already view children as extremely disposable, so the intimidation and violence will likely be massive. To end the brutality and exploitation, the drug market needs to be officially regulated," Neil told Sputnik.

Outcry has also spread across political circles, with Green Lord Jenny Jones calling the practice "shocking", and "yet another example of the inhumanity at the heart of our country" — although most shocking of all for her was how little safeguarding is in place for affected children.

"The authority using the child spy conducts a risk assessment, then considers whether it's ‘justified' to expose the child to identified risks. Then there has to be someone in charge of day-to-day welfare and monitoring — but we know how badly police have failed in these duties in the past. Highly trained undercover police officers have formed sexual relationships with women and even fathered children…if supervision and monitoring of professional officers can go so wrong, how on earth are we supposed to trust police to look after child spies whom they are recruiting and putting in danger?" Jones said in a statement.

In response, the Lord is demanding to know; exactly how many child spies have been deployed under Section 29 of the Regulation of Investigatory Powers Act; what if any assessments have been conducted of how effective child spies are, what dangers they have been exposed to, and what tangible results were obtained by their deployment; what rights and remedies child spies have if something goes wrong if they feel they've been let down by their handlers.

"Enlisting children as foot soldiers in the darkest corners of policing, and intentionally exposing them to terrorism, crime or sexual abuse rings — potentially without parental consent — runs directly counter to the government's human rights obligations, which demand the interests of children be placed at the heart of decisions which affect them. It's also an affront to the government's own safeguarding guidance, which requires our public authorities to help children escape crime, not become more deeply embedded in it," she said in a statement passed to Sputnik.

Jones and other concerned members of the House of Lords are said to be planning a 'motion of regret' — while it would not force the government to take action on the issue, it would bring their concerns to wider parliamentary attention, and make it harder for the government to pass their proposals.